What is Ales Stenar (Ale’s Stone) in Kåseberga?  It is a stone representation of a ship.  That is the one thing that people seem to all agree upon.  Other than that there appears to be disagreement between experts about when it was built and why it was built.  In 1777 not all the stones were standing upright.  In 1916 and in 1950 there was two restorations.  No one knows if the stones are in the exact same place as they were originally. Were the stone ship sits is on top of a stable sand dune that is covered in vegetation.  The information provided at the sight appears to be current accepted the narrative identifying the stone ship as a solar calendar. That is the information I will provide.  The Ship Faces Northeast.  You can see an aerial view from the embedded map below.

Stone ships like Ales Stenar were often built during the Viking Era 800 – 1050 CE. Ship like monuments were also erected durring the early Bronze Age, from around 1100 – 400 BCE, but they had a slightly different form.  Analyses show that Ales Stenar was erected sometime durring the period 500 – 1000 CE.

Cup Marks- small carved, concave depressions – have been discovered on many of the boulders. These kind of carvings are often found on boulders in Stone Age dolmens and passage graves.  This means that boulders from old graves have been used to build Ales Stenar.  To the right is a picture of a stone with cup marks.  The cup marks have been marked with red for easier identification.  This stone is found just outside of Malmöhus.  (It is a typical example of how people used the avaliable stones in Skåne to produce rock carvings.  The cup marks are small and often ground depressions on the flat pieces of rocks and loose boulders. They are the most common form of rock carving in Sweden and have been interpret as symbols for fire, sun, of the female gender. taken from information marker by stone)  Also if you look at my blog post My Bicycle Adventure 16 July 2013 there is a section and a picture of an excavated passage grave. 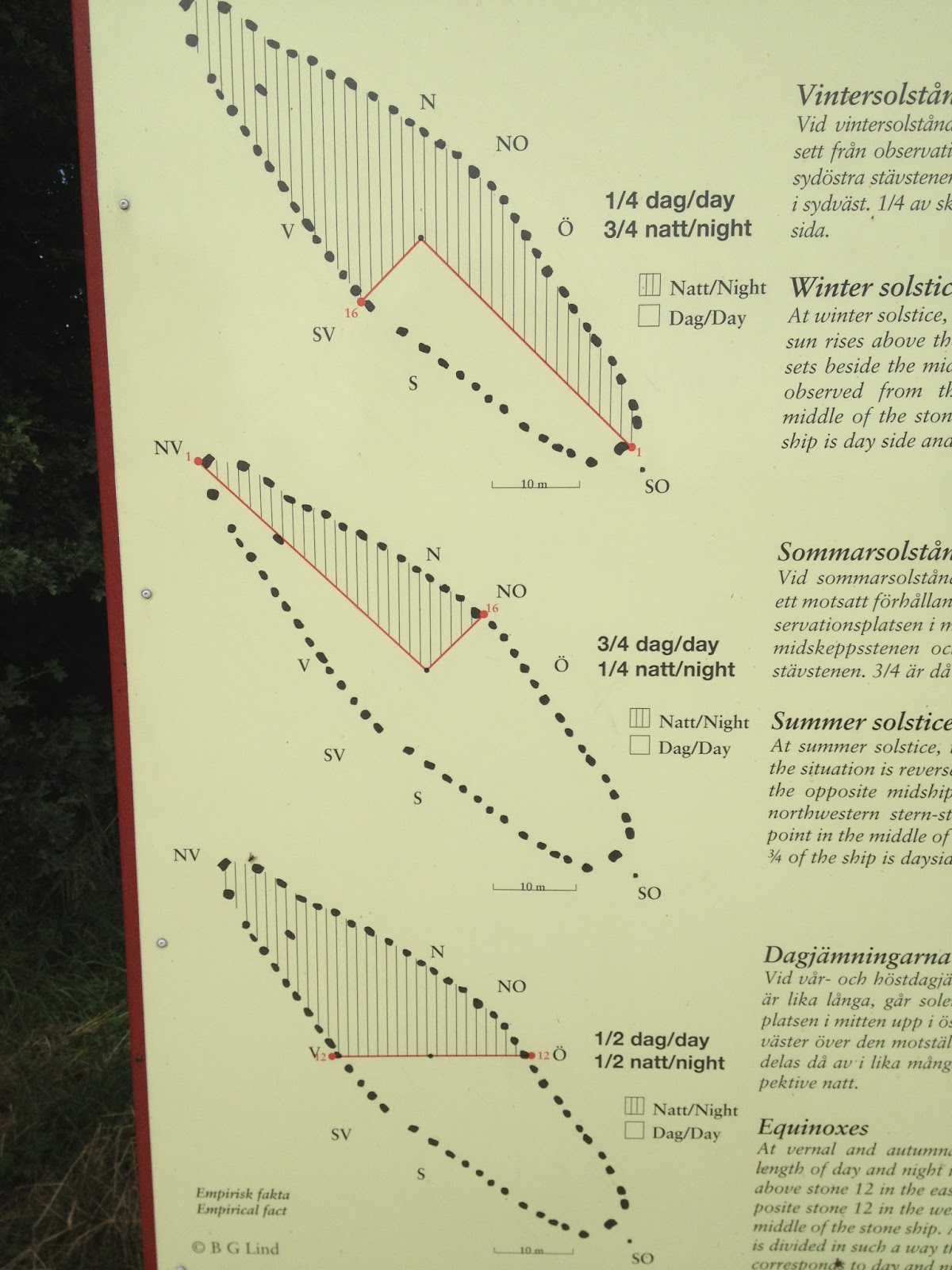 kkdlasjfkl
Standing in the middle of the Stone Sun-Ship you are up on a bluff over looking the sea and you feel as if you can touch the sky.  It is a stunning visual and an appropriate place to build a stone monument of this kind whatever its true purpose was.