This week I completed Swedish course B. I received an overall B for the four areas that were tested.  There was an oral test where I sat down with two teachers and had a conversation with them in Swedish. There was a section where I had to read and answer questions. There was a section where I had to listen to dialogue and answer questions. The last section was to write about where I live. I still struggle with things that are more than basic conversations but I see this as a major milestone on my way to becoming fluent in Swedish.

When I learned Spanish in high school and college it was not nearly as frustrating and emotional as it has been learning Swedish. When I was learning Spanish I did not have to rely upon my understanding of Spanish to integrate into where I lived. I also did not have to understand Spanish to understand simple things like conversations going on around me. One minute I feel good that I can see progress and then the next day I might feel completely overwhelmed at how little I still can understand. I am happy to have completed course B and I am looking forward to starting course C in January. 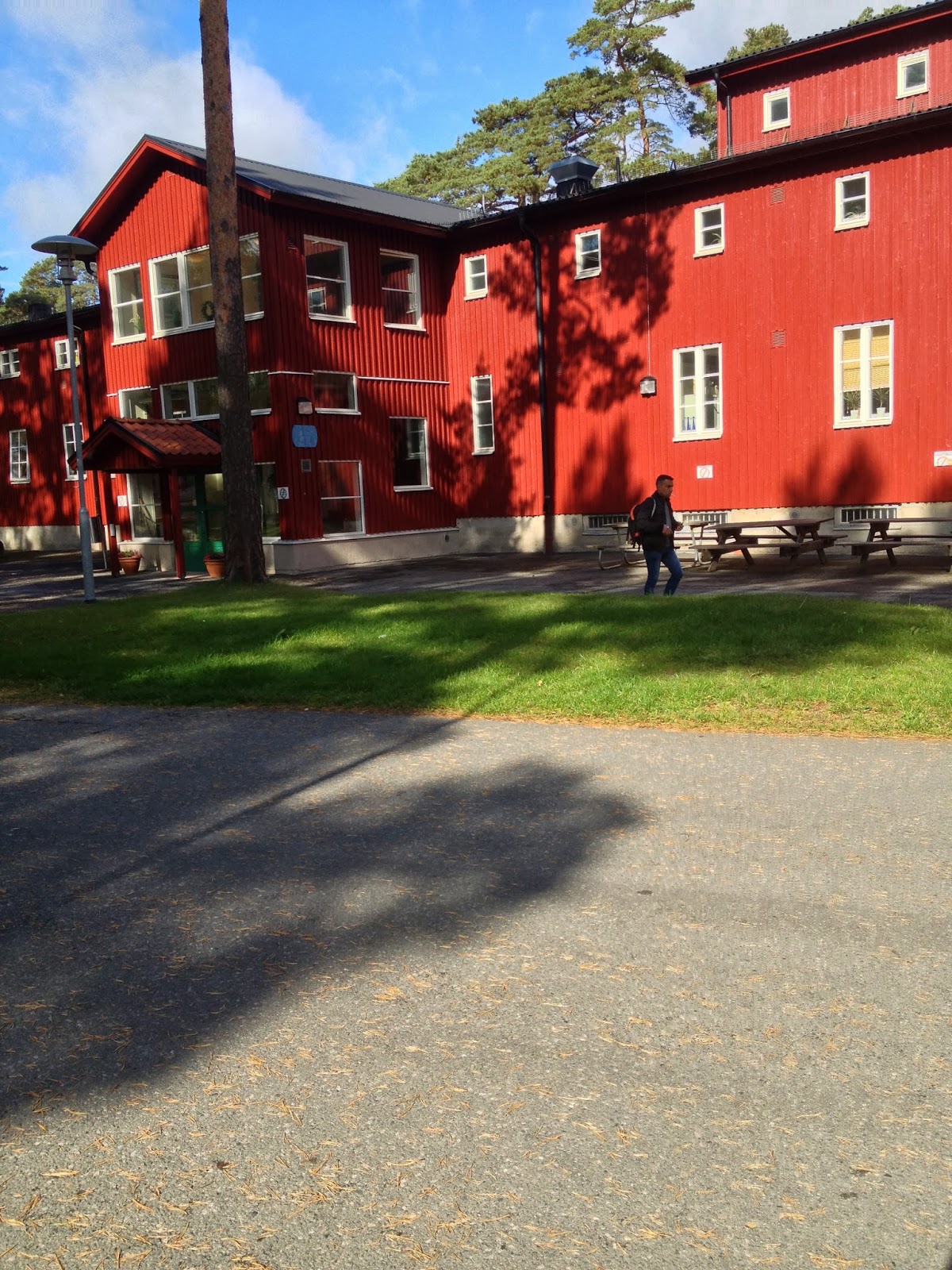 Yesterday was my first day at SFI (Swedish For Immigrants).  I did not start out on the right foot and showed up late.  I showed up at the time I thought I was suppose to be there but I had the wrong time and was thirty minutes late. As I mentioned in my post from yesterday it is considered very rude to show up late. I did apologize to the teachers. I was told that on the first day they expect people to show up late but not to be late again.
The people in the class are from a rather diverse area of the world.  There was a person from Bosnia, Kosovo, Afghanistan, Romania, Columbia, Sudan, and Kenya to name just a few.  There was five people from Syria.  Right now Sweden automatically grants asylum to anyone applying from Syria.  This is one example of how world events can trickle down to a local level.  I am excited to be interacting with such a diverse group of people.
The whole class was taught in Swedish.  It was interesting to have the teachers explain words and concepts by speaking, using gestures and pictures.  In the Spanish classes that I have taken there was always some instruction in English.  They would have to rely upon Swedish since we all came from different parts of the world.  If someone was unable to comprehend they would pull out a dictionary in their language to look up the swedish word.  The basic concept of leaning in SFI is based upon reading, writing, and talking (läser, skriver, och pratar).
We were given worksheets with basic questions in Swedish with a picture next to the question and an answer where we had to fill in the blank.  The first question was: Vad heter du? (What is your name?). Jag heter __________.  (I am ______.)  There was a series of questions that we worked through.
The second question was Varifrån kommer du? (Where are you from?) My response was Jag kommer från America. (I am from American.)  Läraren (the teacher) did not like that answer.  She told me to correct it to U.S.A.  I then vaguely remembered from somewhere in the past I had read that people from other countries do not necessarily appreciate that response since there are two American continents and numerous countries in the Americas.  I realize that Americans can tend to be wold-centric, we see the world revolving around us.  I am now living in a outside of America where they do not see America as the center of the world.  That small interaction with läraren (the teacher) was just a small reminder.
This first week in class is for kartläggning which I believe literally translates as mapping.  It is an assessment to determine what class we are to be put into.  The determination is based upon our ability to write the latin alphabet and how well we are able to learn and study and other things I am not aware of.  In three weeks I will start a conversational Swedish class at a different place in the afternoon to supplement my learning at SFI.  Fluency in Swedish here I come.