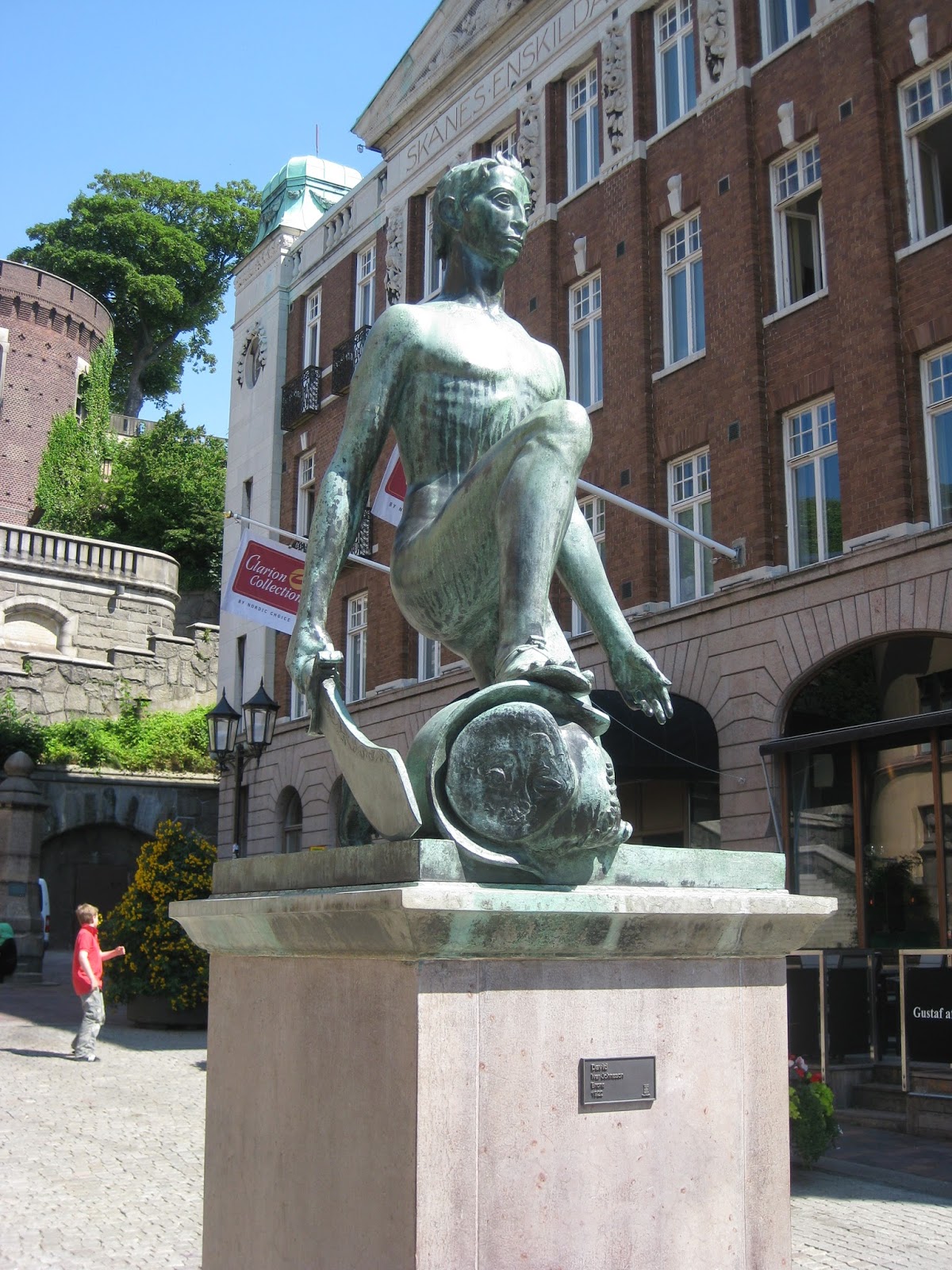 The statue of David, by the sculptor Ivar Johnsson was donatd to the city of Helsingborg in 1923 by Malte Sommerlius, a prominent figure in local government.  David was placed below the terrace steps in Konsul Trapp Square, causing a considerable stir among the citizens of the town.  Some were of the view that the statue was too small to be positioned in front of the massive steps and some that it was too barbaric to stand in such a public space.  The fact that David was naked upset the advocates of morality.  This public outcry resulted in the town council decrying that David should be moved from Stortorget to Vikingsberg.  The move was made in 1926.. David was re-inaugurated into Konsul Trapp Square on 30 May 2009. (from the information marker on the back of the statue) 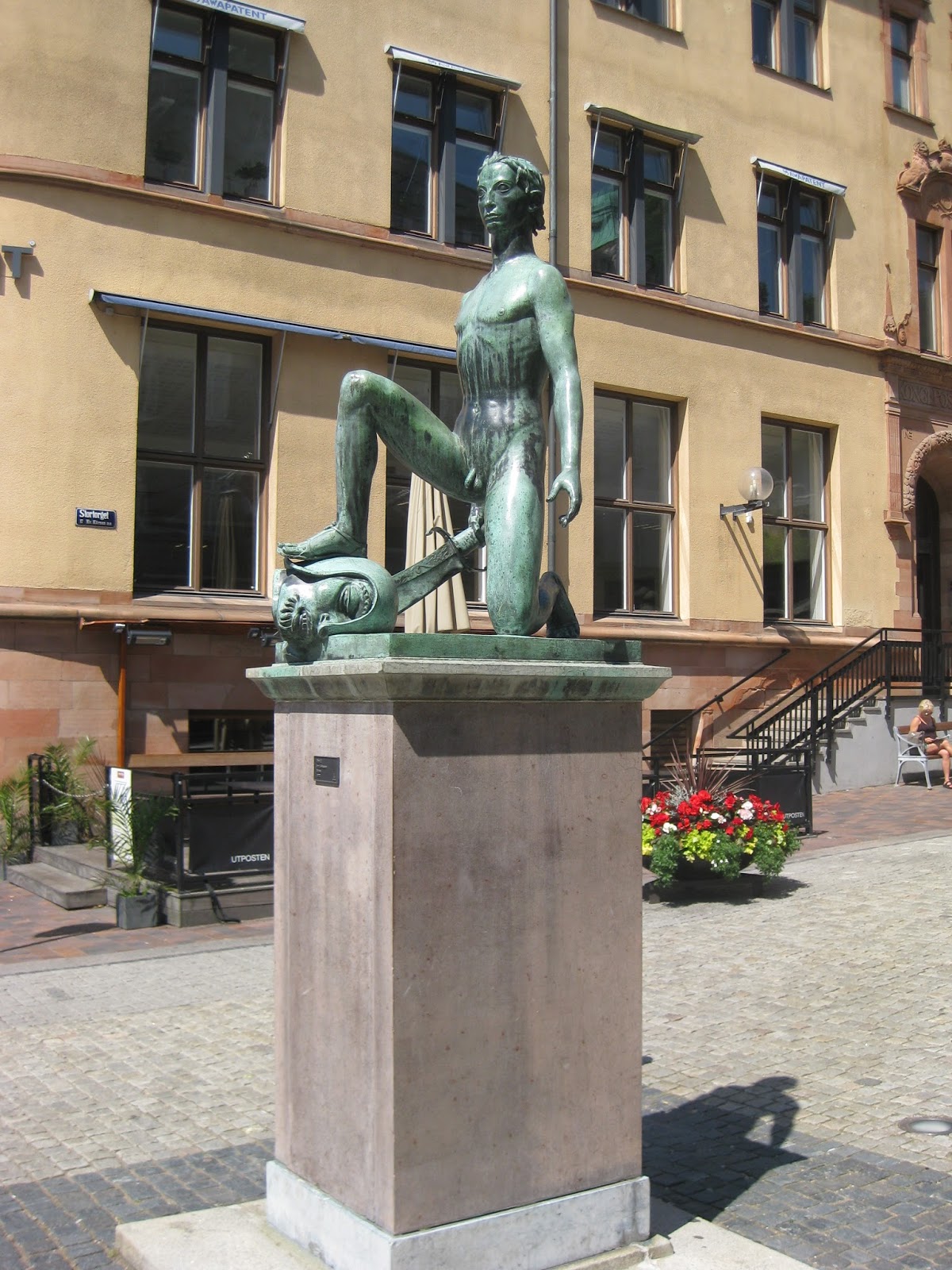 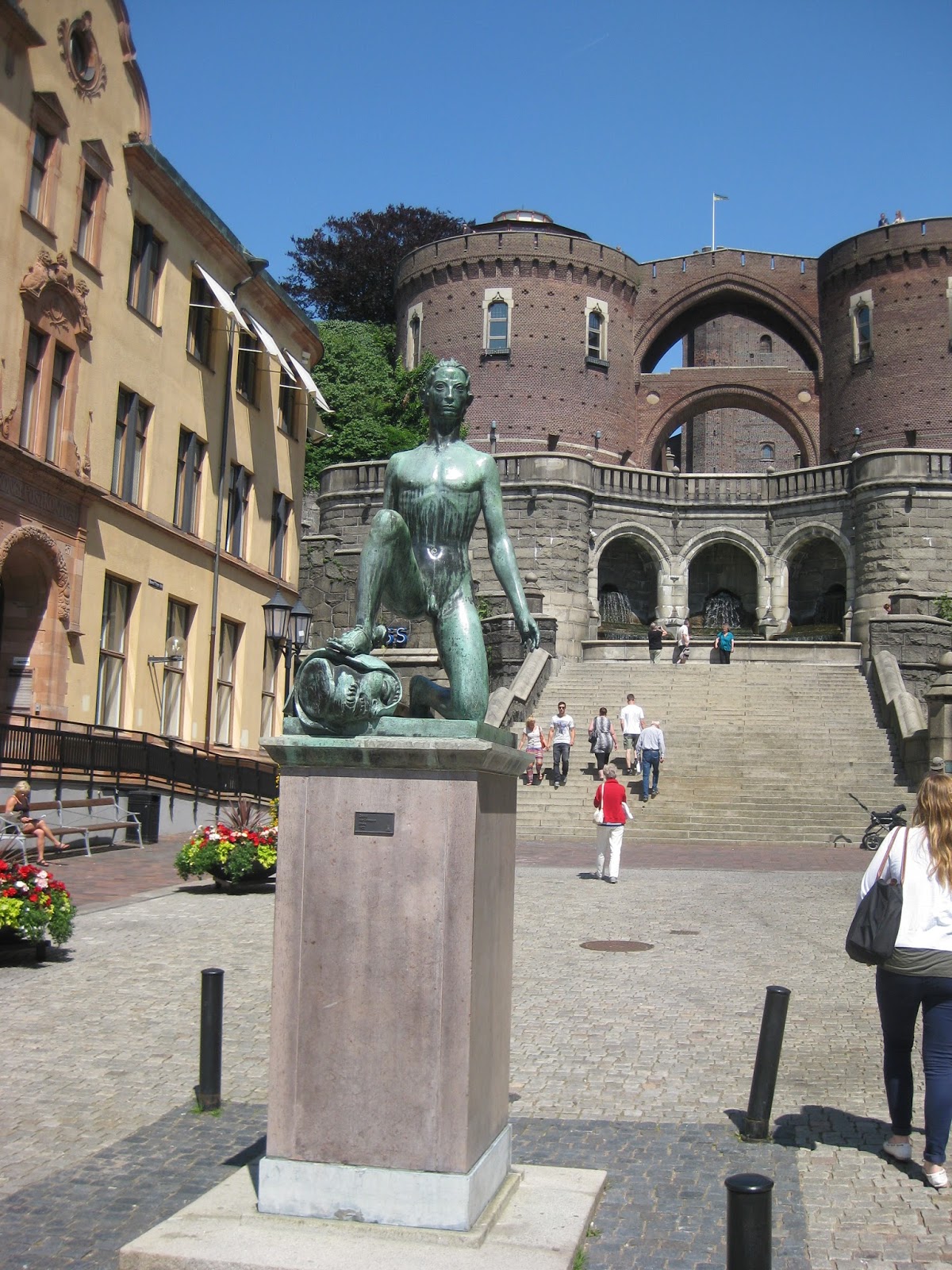 Before I realized what the statue was it looked to me like a merman to me without the flipper.  Konsul Trapp Square is a prominent part of the city leading up to Kärnan castle.  I was most fascinated by the story of the statue and the uproar it caused.  I find it an ironic twist of fate that it is now back in the prominent spot it once was in immortalizing not only the statue but the controversy it stirred.