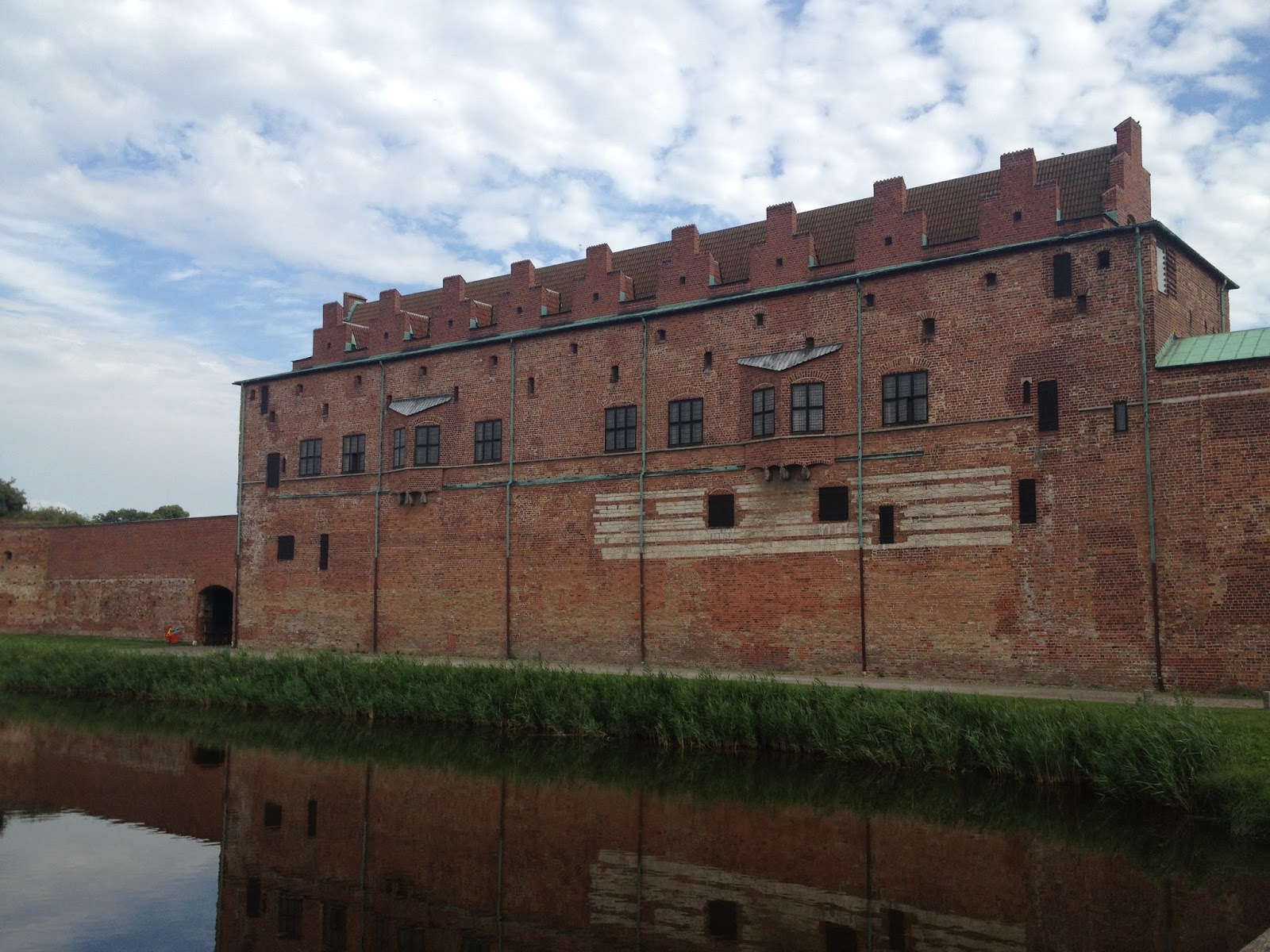 Malmöhus is Scandinavia’s oldest surviving renaissance castle. Construction of the castle was started in 1434 by Eric of Pomerania who was king of Denmark, Norway and Sweden. The purpose was to create fortified cities along Öresund (the straight which is between present day island of Zeland in Denmark and Skåne in Sweden) in order to charge tolls on passing ships.  As a side note he also improved Copenhagen which at the time was a run down unimportant city.  In the picture above you can see the white stones in the building.  That is what remains of the original castle built by Eric of Pomerania.  The toll to pass through Öresund continued into the 1800’s. 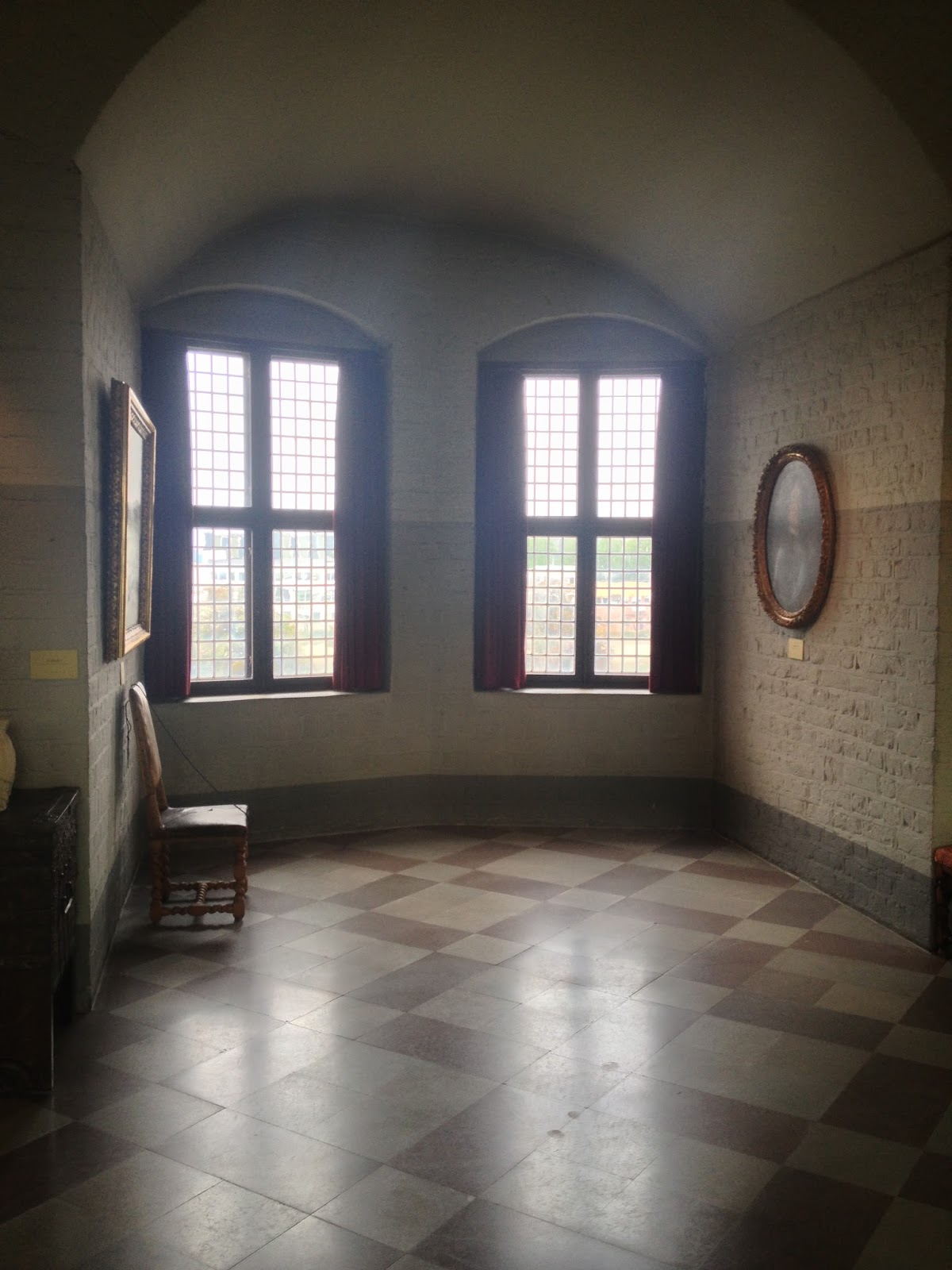 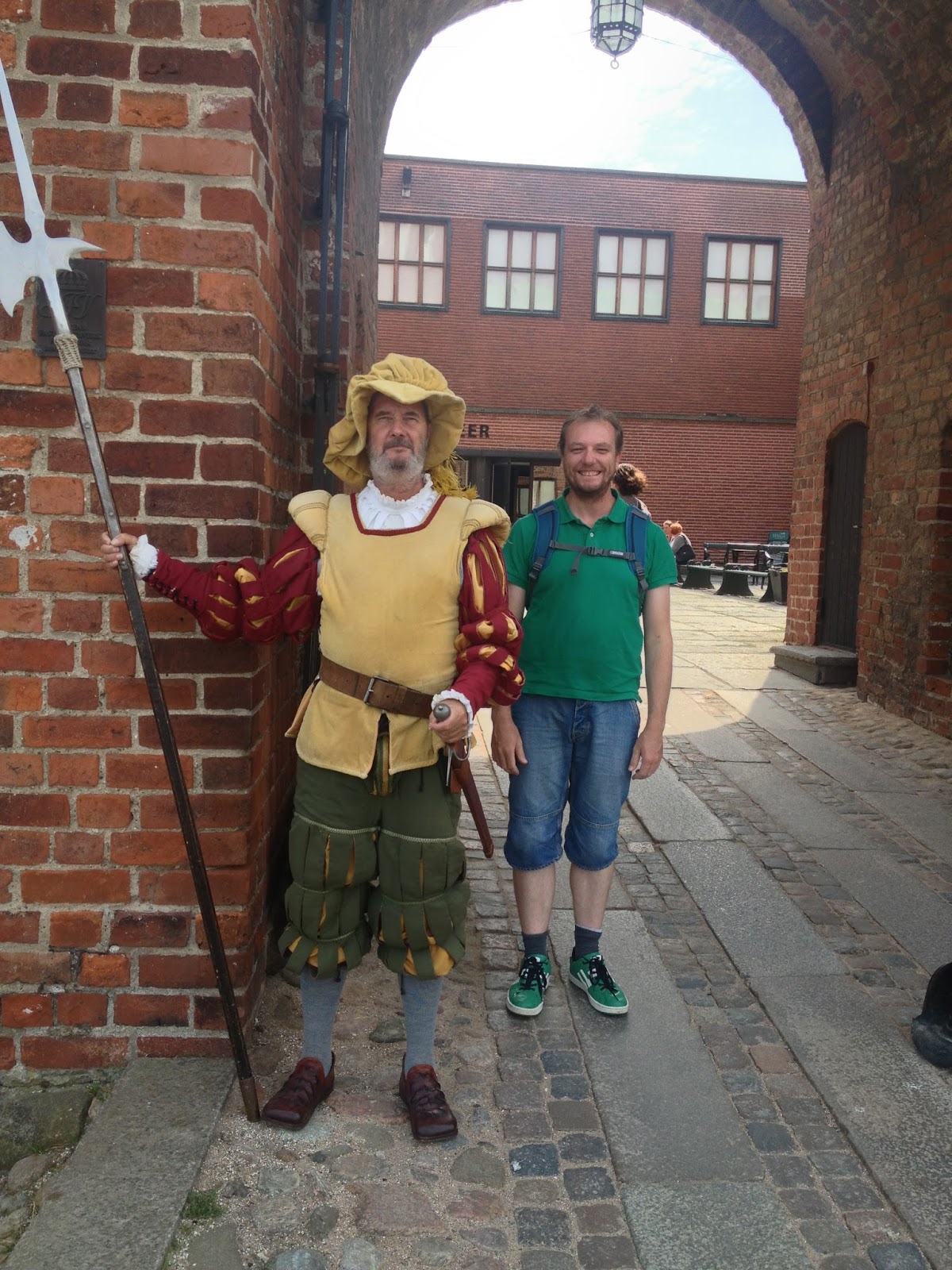 Between 1534 and 1536 Malmö was caught in the middle of a civil war called the Feud of the Counts. The citizens of the town took control of the castle and had the walls torn down. When the war was over Christian III was the new king.  On the request of the citizens of Malmö he promised not to rebuild the castle.  They were not interested in having the king live among them.  I got the idea from what I read and based on what the tour guide said that they did not want to be caught in the middle of fighting nobles again.  Christian III broke his promised and rebuild the castle.  He build the floors that you can see above the white stone giving the castle its renaissance look.  What is the main feature of a renaissance castle?  It is the large windows.  The medieval castles had small windows letting in little light but the ideal renaissance castle had big windows letting in lots of light.  Also large windows showed the wealth of the owner because windows were very expensive at that time in history. 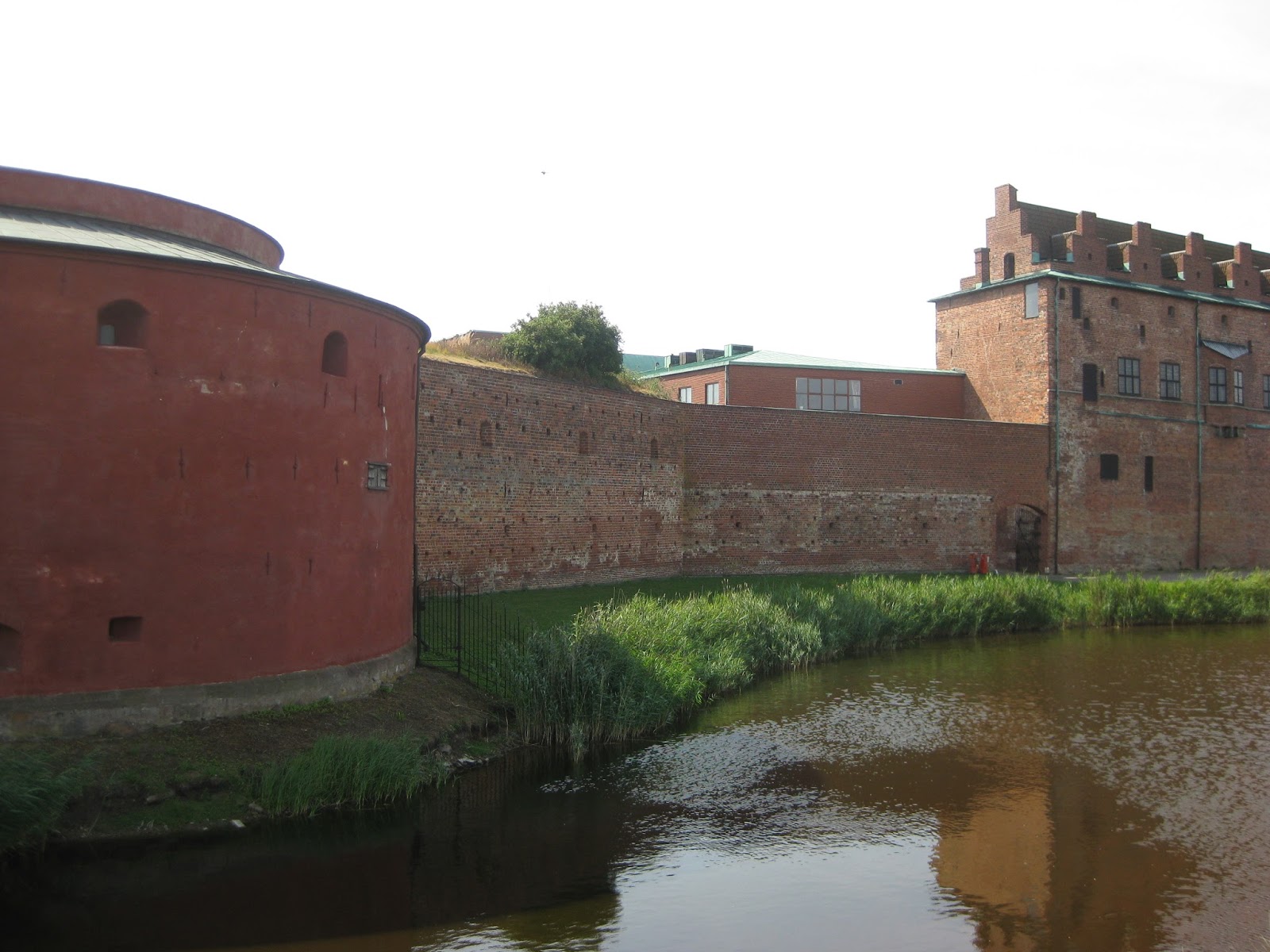 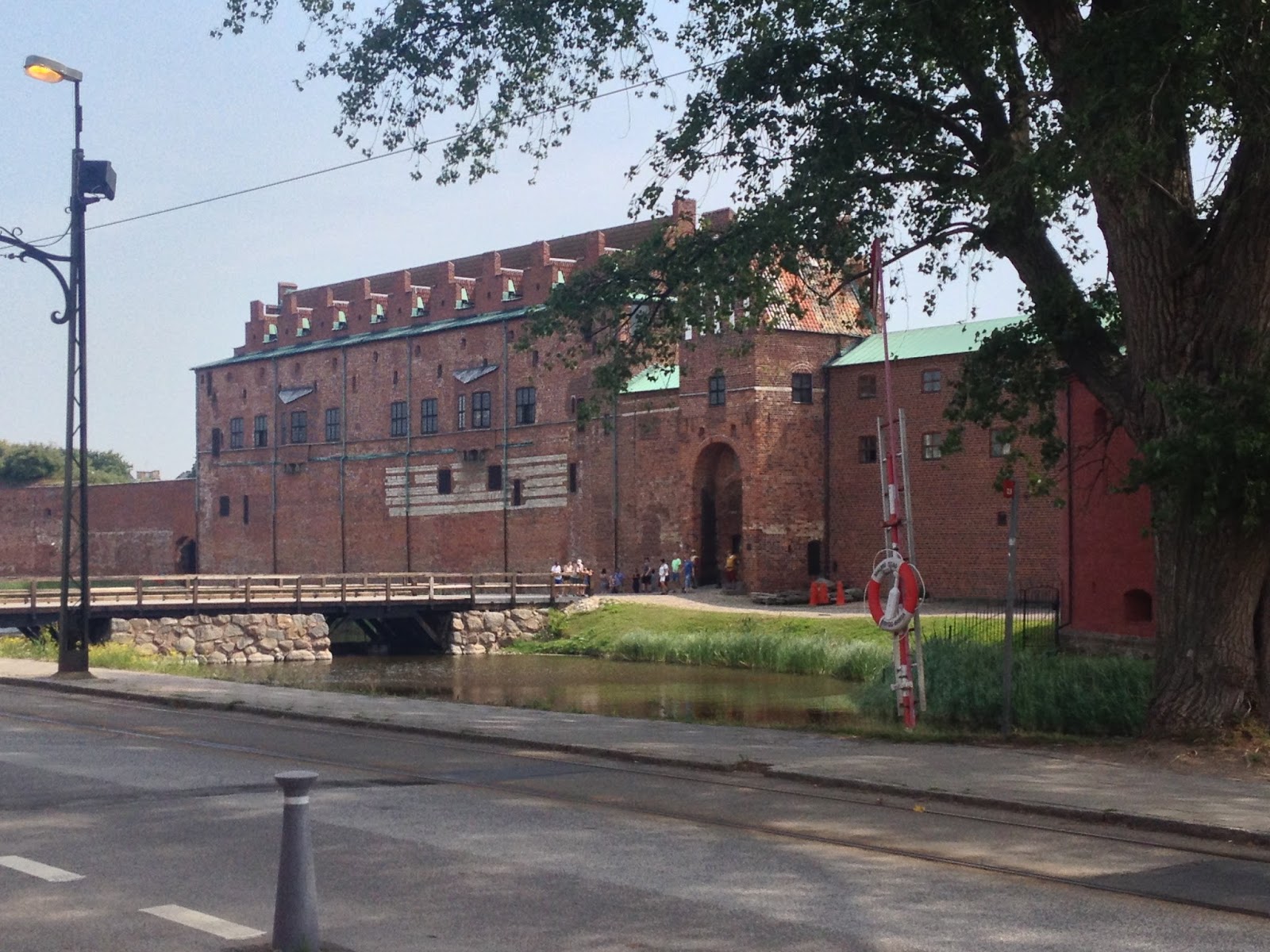 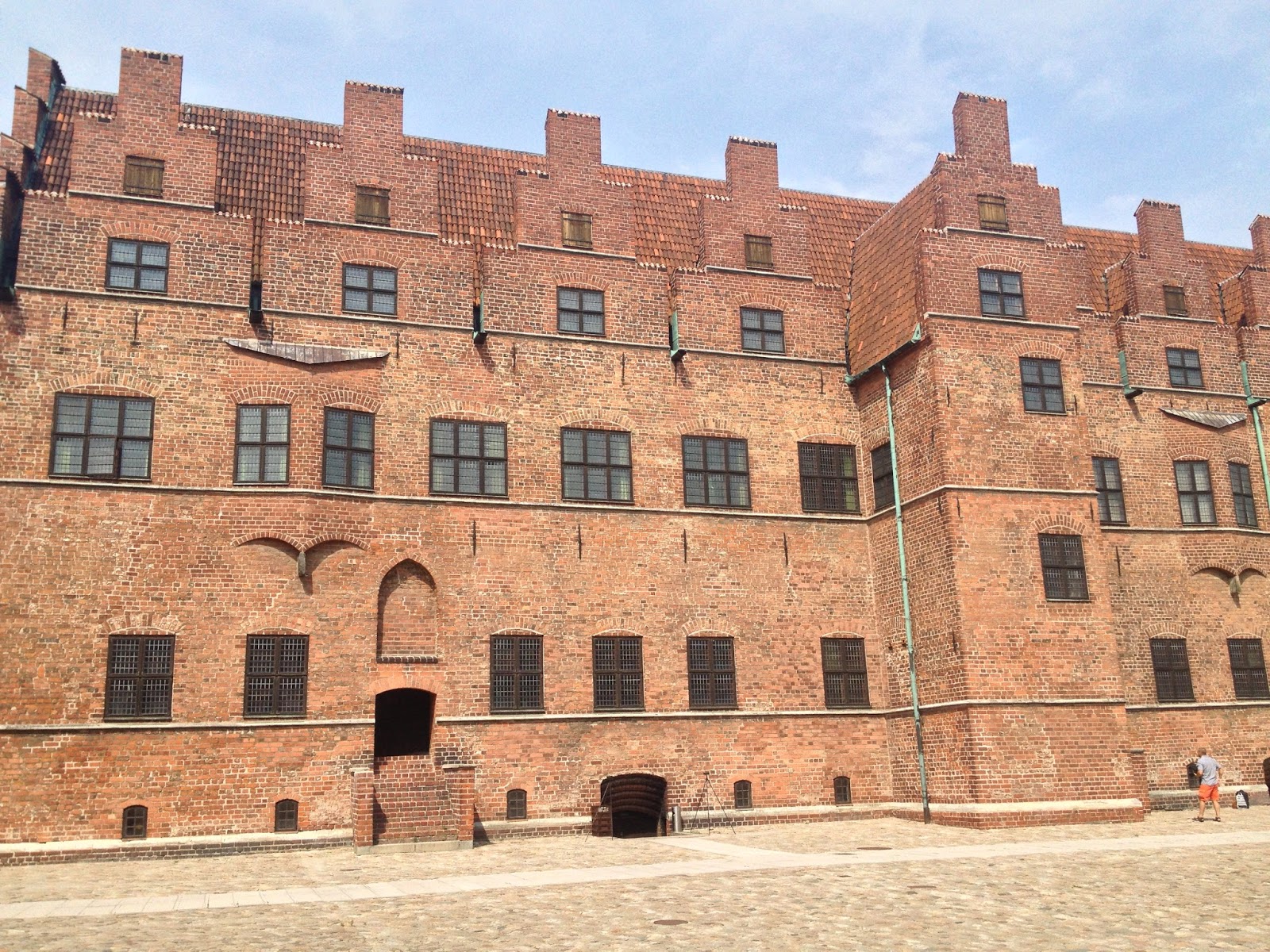 Malmöhus Castle remained an important castle until 1658 when Malmö became a Swedish city.  It soon fell into disrepair.  A inventory in 1676 showed that the royal apartment and the attic were filled with grain.  In 1822 it was decommissioned as a fortress and turned over to the National Board of Prisons to be turned into a prison.  It served as a prison until 1909 when it was emptied out.  On the tour the tour guide informed us with great embarrassment that the last execution took place in 1901.  This is an example of a great difference between Swedish culture and American culture.  Sweden and for that matter any country that is part of the European Union do not use the death penalty at all.  I am not sure that there would be many tour guides in America that would be embarrassed by executing someone.  I have to say that the number of people on death row (scheduled for execution) that have been exonerated based on DNA evidence, America would be better off not having the death penalty.

In 1909 the city of Malmö acquired the land surrounding the castle.  A decision was made to turn it into a museum in 1925.  The castle was restored to its 16th century appearance as much as was possible.  The buildings around the castle were demolished in the 1930’s and replaced by new buildings to give it the same feels as it was in the 16th century and serve as part of the museum.  Since 1993 the castle and museum have been managed by the Swedish National Property Board.  They are the Swedish government agency that is responsible for administering all of the buildings and properties owned by the Swedish people like palaces and royal parks.
The castle is not an exact restoration because it is functioning as a museum but you can get the feel of the castle and how it might have looked.  There were lots of great displays some of them permanent and some of them temporary.  During the summer there is a daily tour in English.  The castle was once right next to the sea but now artificial land separates the castle from the sea. 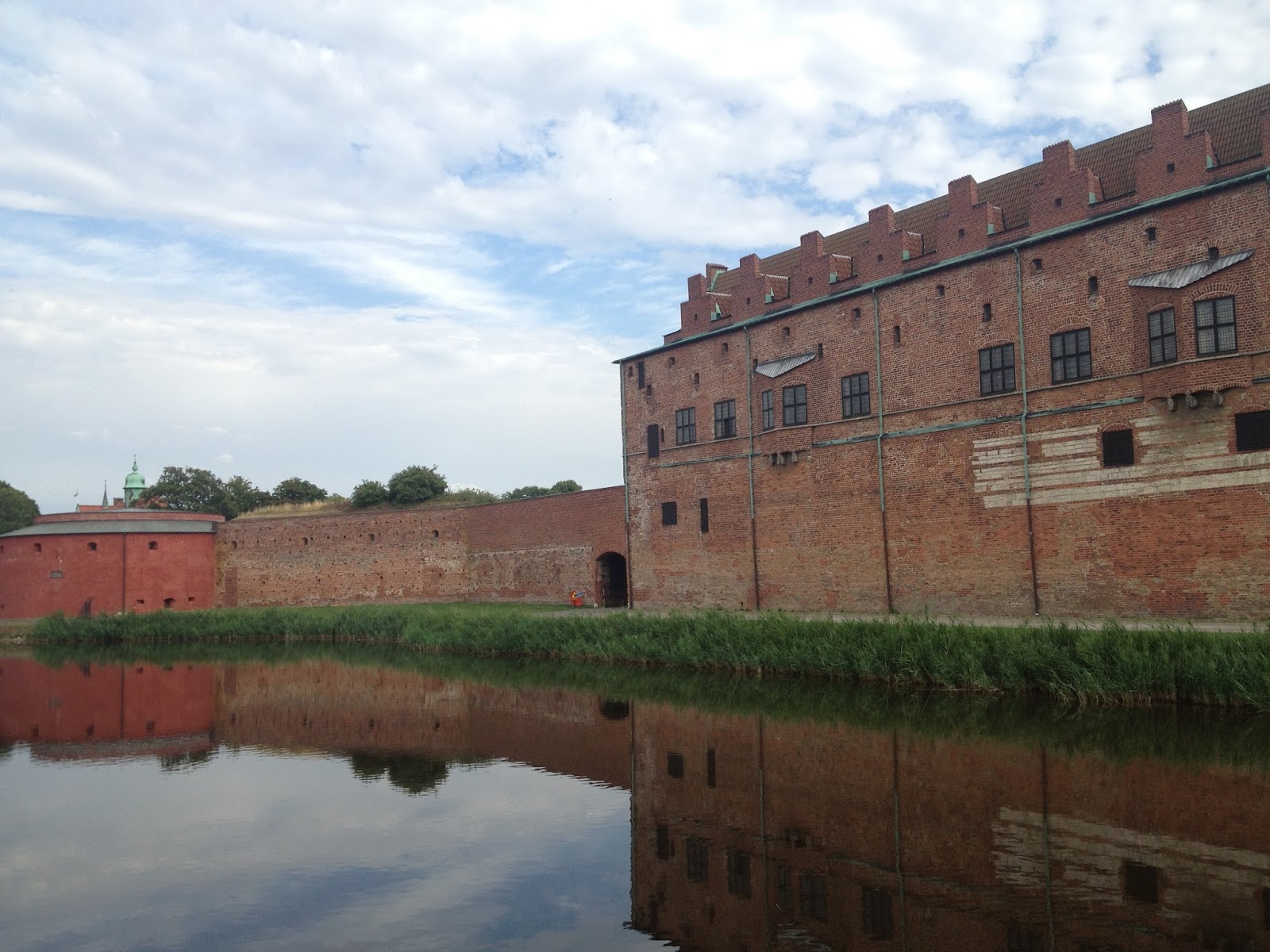 (The information came from the tour guide, National Property Board Sweden information guide, and the book Malmöhus A Tour through the Castle and its History)