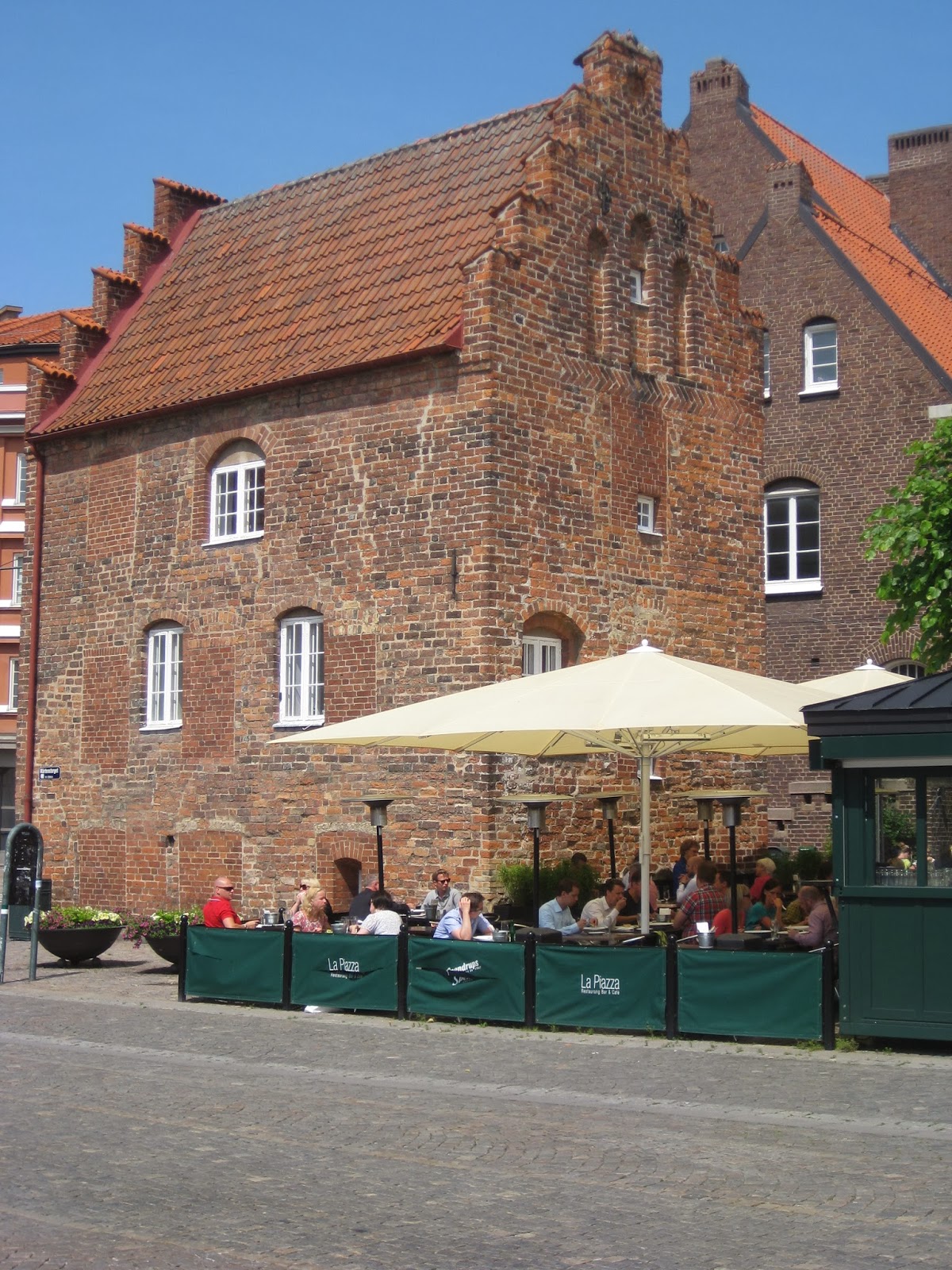 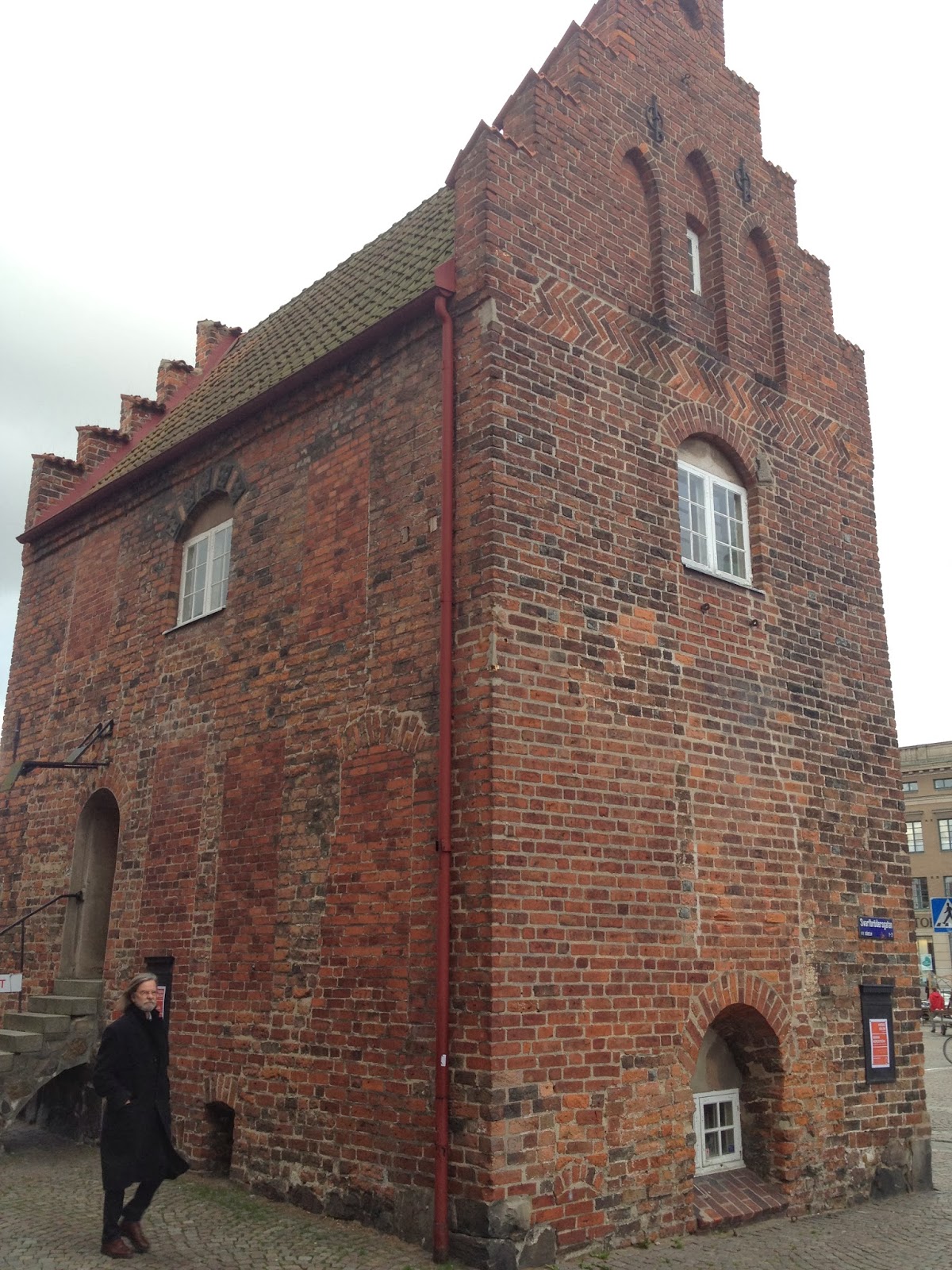 Krognoshuset is one of the oldest buildings in Lund. It was build sometime in the 1300’s.  It was part of a farm called Stadsgården. At the time the building was build what is now the basement was probably above ground. In the 1100’s Lund was perhaps the most important city in Scandinavia because it was the seat of the archbishop of Scandinavia. By the 1300’s Malmö had started to grow in importance. In the 1400’s Copenhagen became the capital of Denmark. In the 1500’s because of the reformation Lund lost the archbishopric. In the 1600’s Skåne became part of Sweden and Lund became an insignificant city. Krongnoshuset was built during the time that Lund was transitioning from a city with power to  becoming irrelevant. 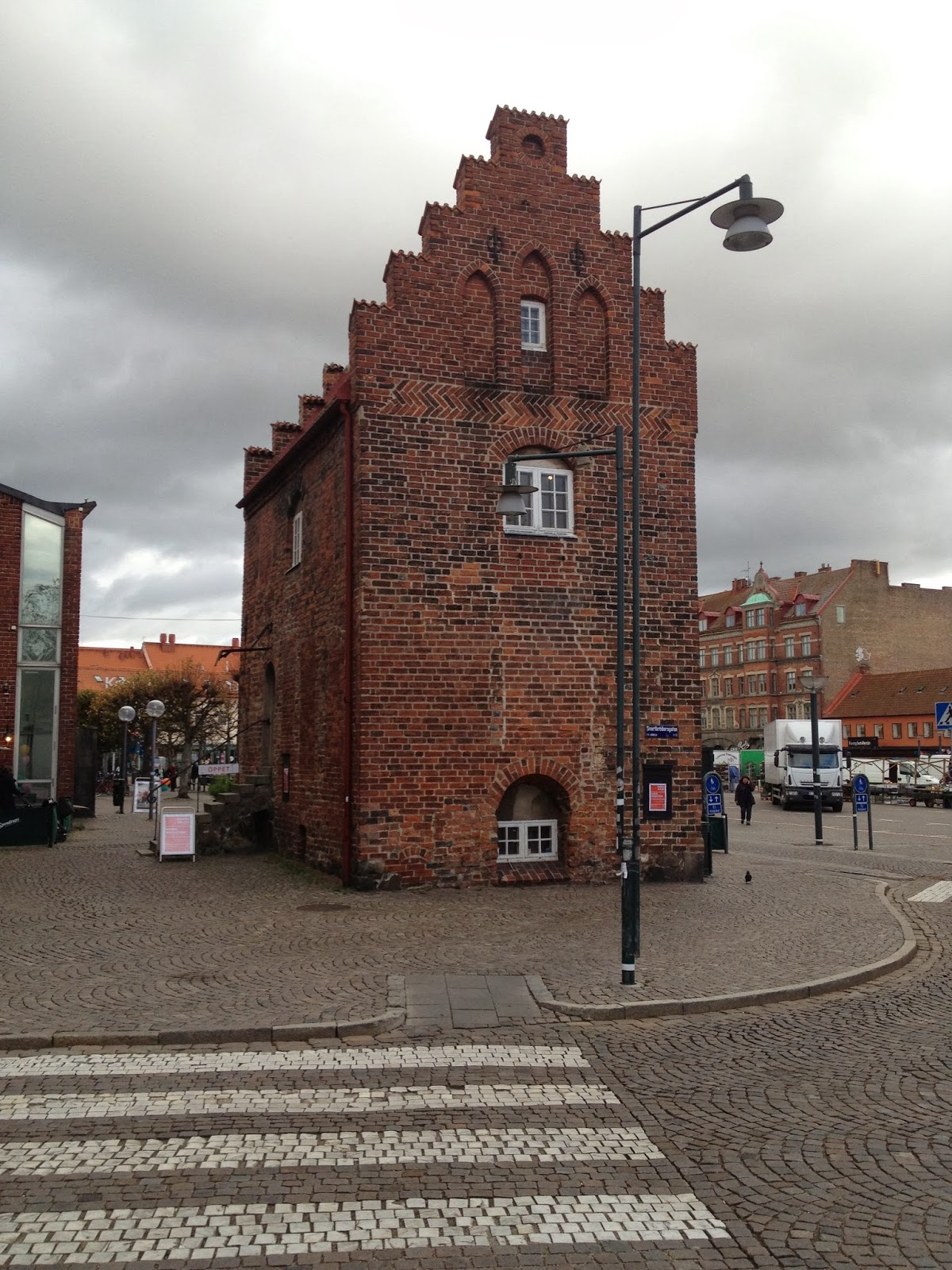 In the early 1500’s the Krognosättlingar family that owned the farm that Krongnoshuset was a part of had a very extravagant wedding. there was 300 guests, 4,560 gallons (17,268 liters) of German beer, 367 gallons (1,390 liters) of German and French wine.  For the meal they butchered 14 cows, 80 sheep, 2 barrels of herring, 4 barrels of cod, 1 barrel of salmon, and 2,000 flat fish (scientific name Pleuronectes platessa).  I wrote about a flat fish I ate in August called a monk fish. A celebration of that size would have certainly been a statement of the family’s view of their place in society. 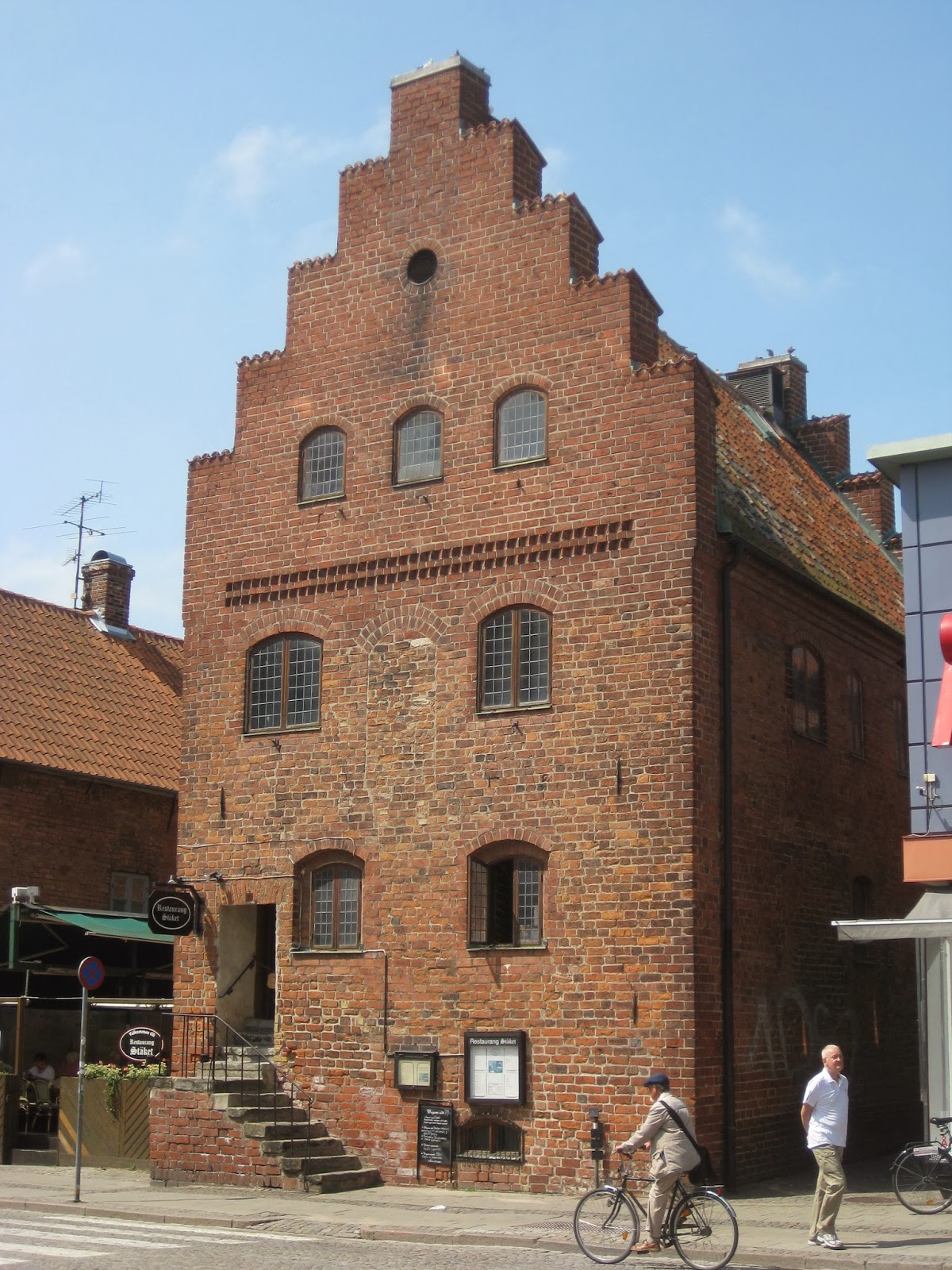 The farm including Krognoshuset was in possession of the family from sometimes in the 1300’s until at least 1619.  After the establishment of the Universtiy of Lund it serves for a while as a residence for professors.  When the railroad came to lund they divided up the farm and created the city market square that is still there today.  In the early 1900’s it served as a resturant and a trade shop.  The city of Lund bought the building in 1905.  In 1916 they tore down all the remaining farm buildings leaving only Krognoshuset in a restoration effort.  Since 1929 the Aura Art Society has been displaying new art work in the building. (The information came from http://www.konstforeningenaura.se/historik.html)

The building is located in the corner of of Mårtenstorget (Marten’s Square).  I checked out the art displays inside today.  I was more excited about seeing the inside of the building than seeing the artwork.  If you have not figured it out yet I really enjoy seeing old buildings.  I find old buildings intriguing.  The following pictures are from the inside of the building including some of the art work that is currently on display there. 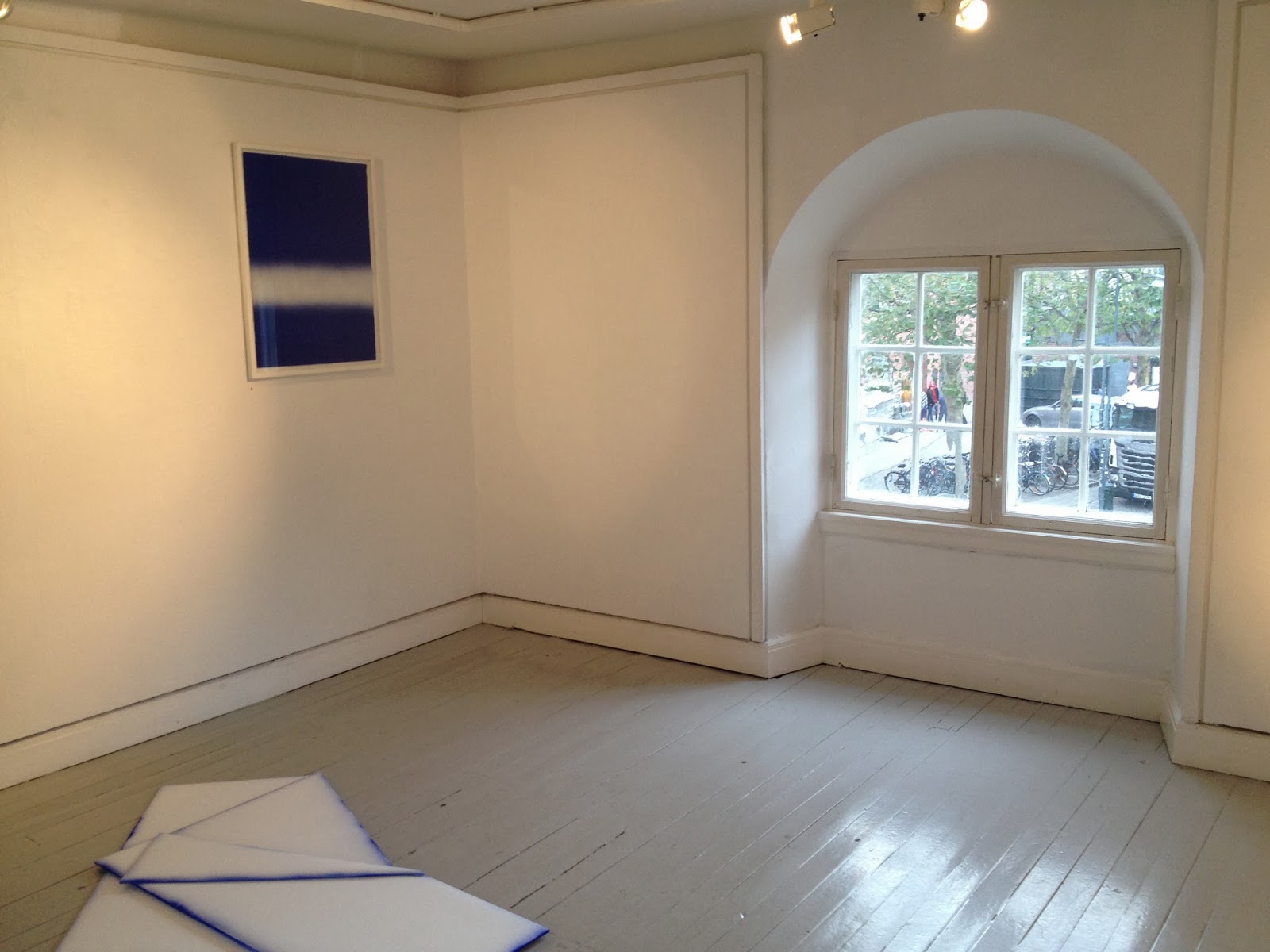 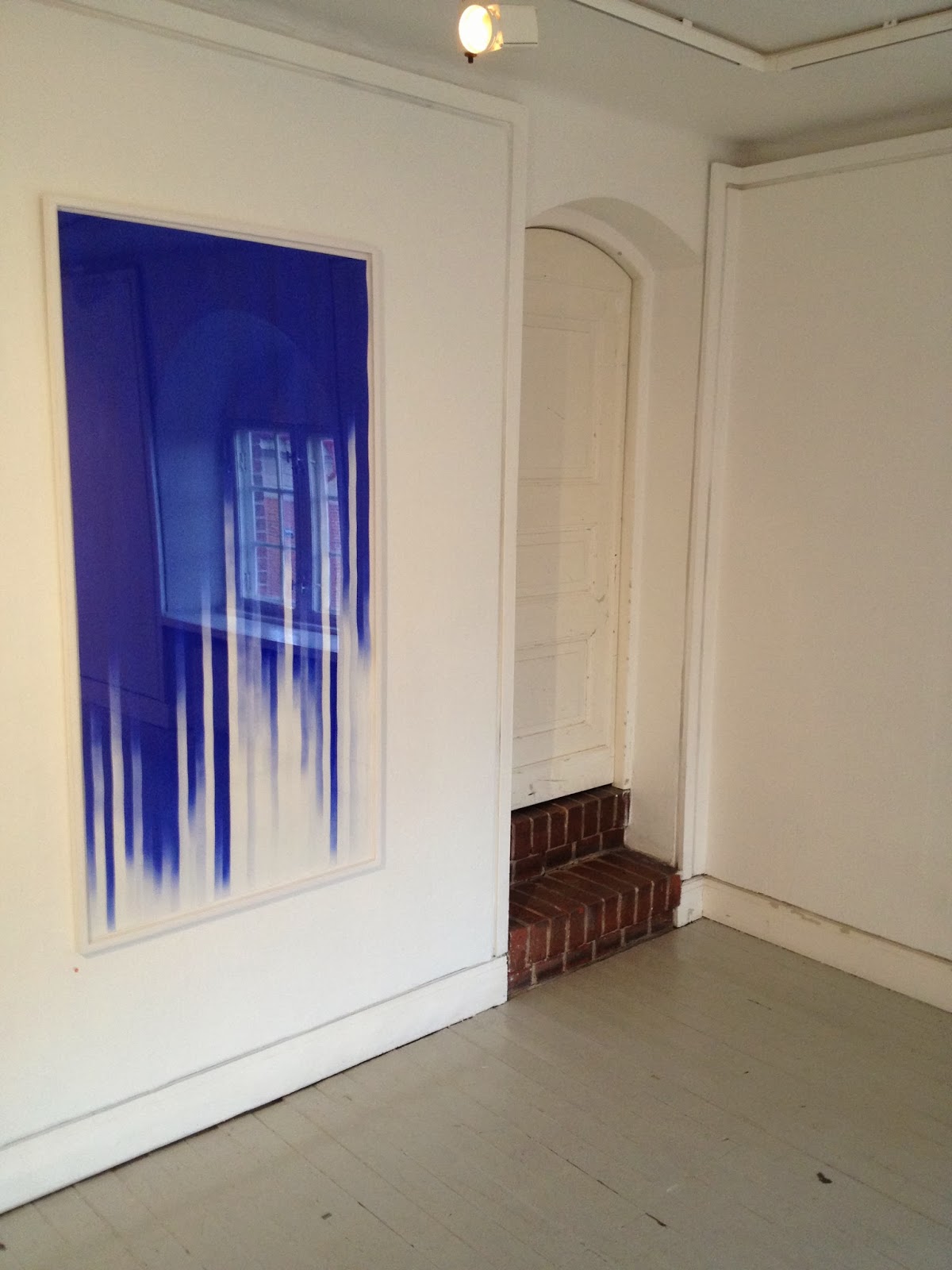 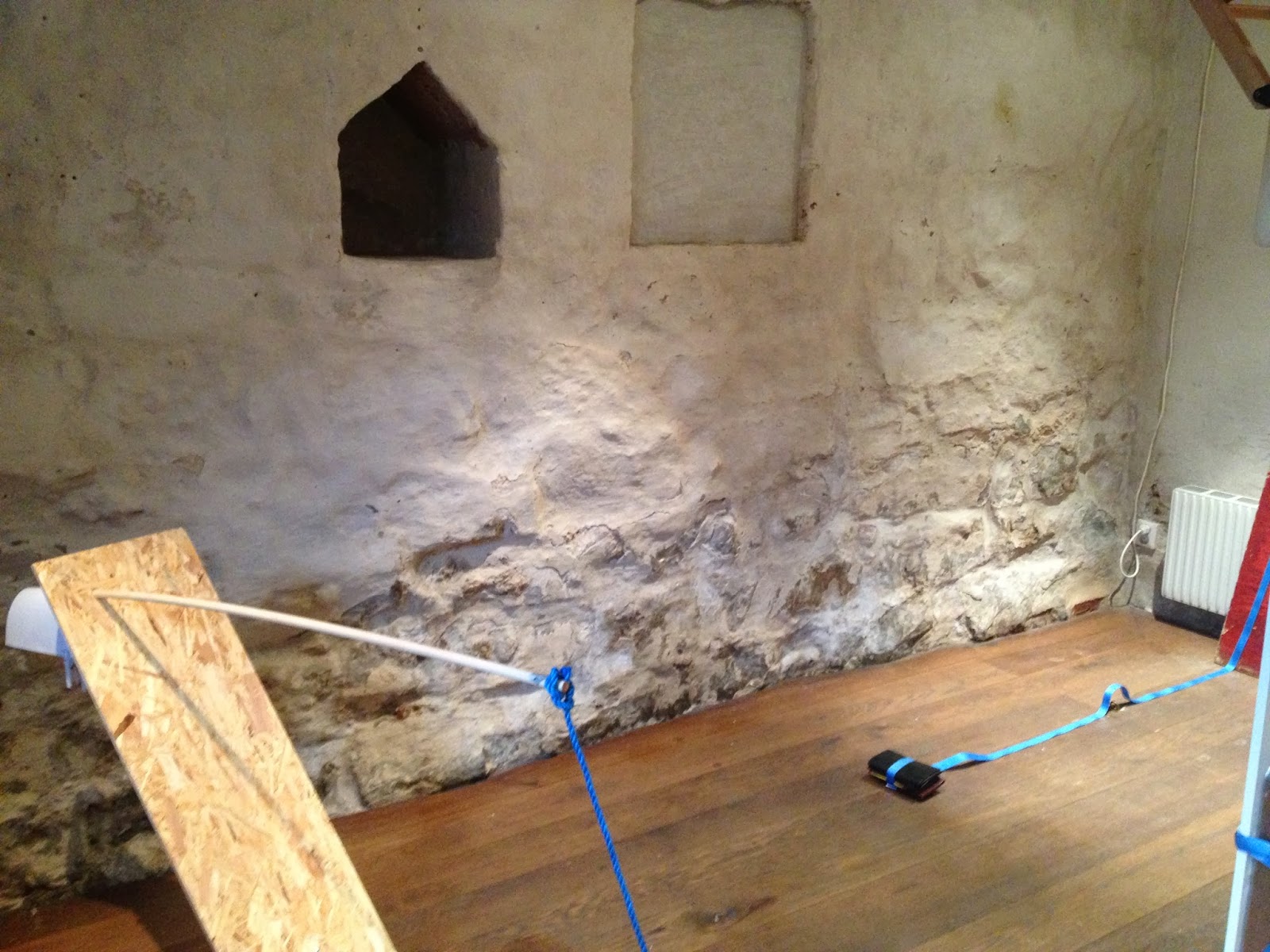 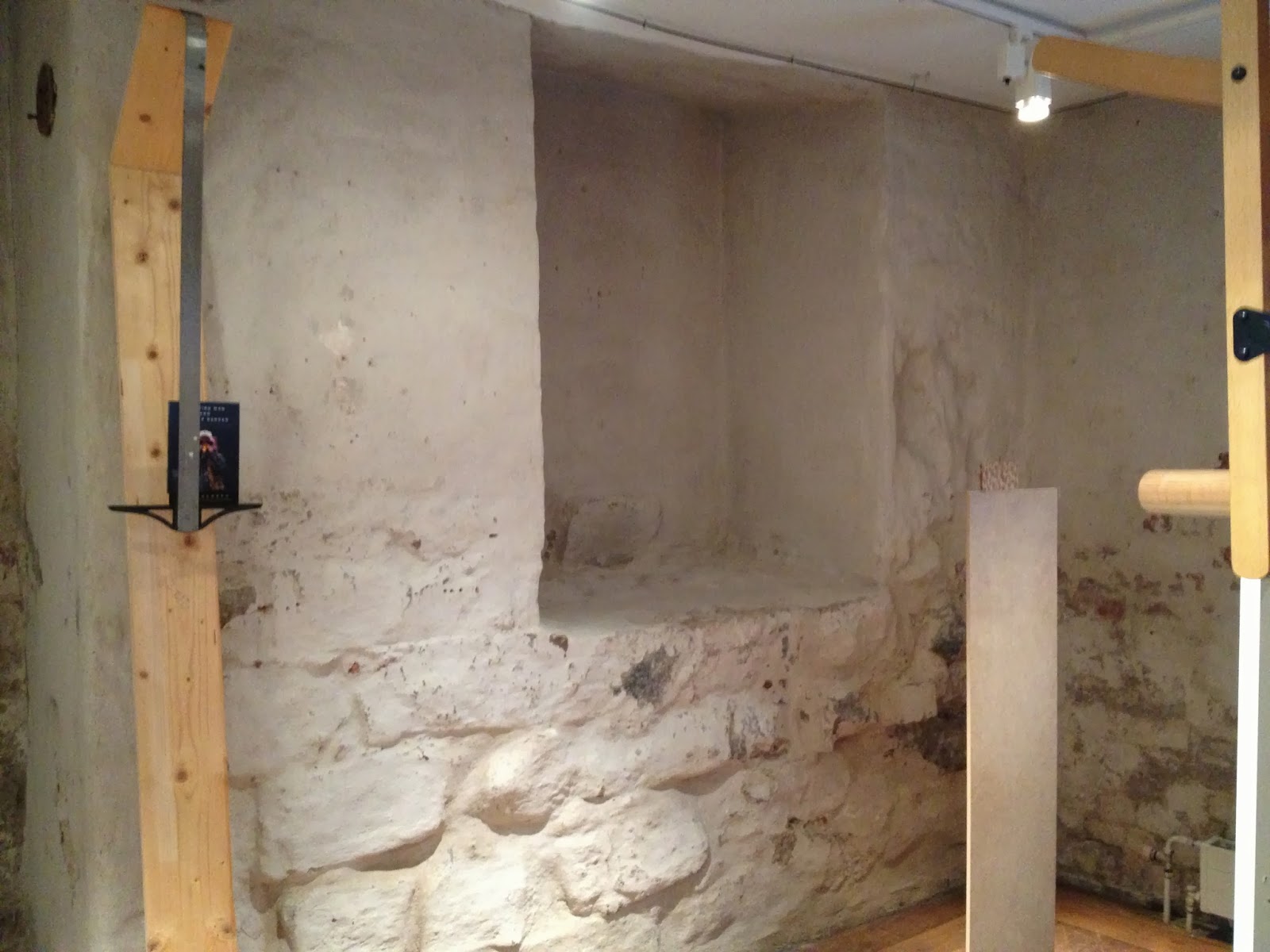 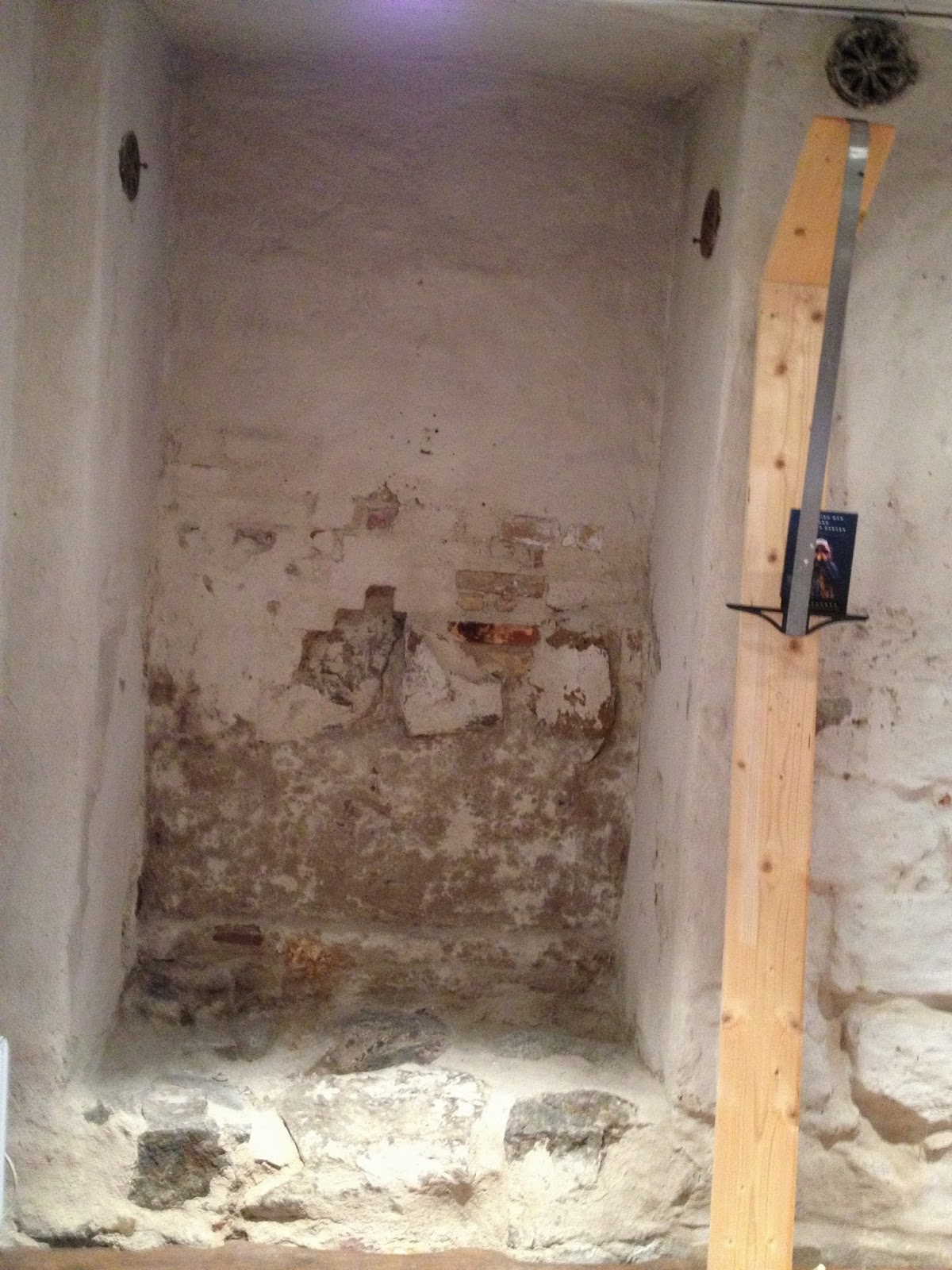 The building has three floors.  It is a small building.  It would be like having three large rooms in a house stacked on top of each other.  It was probably a large building when it was built. 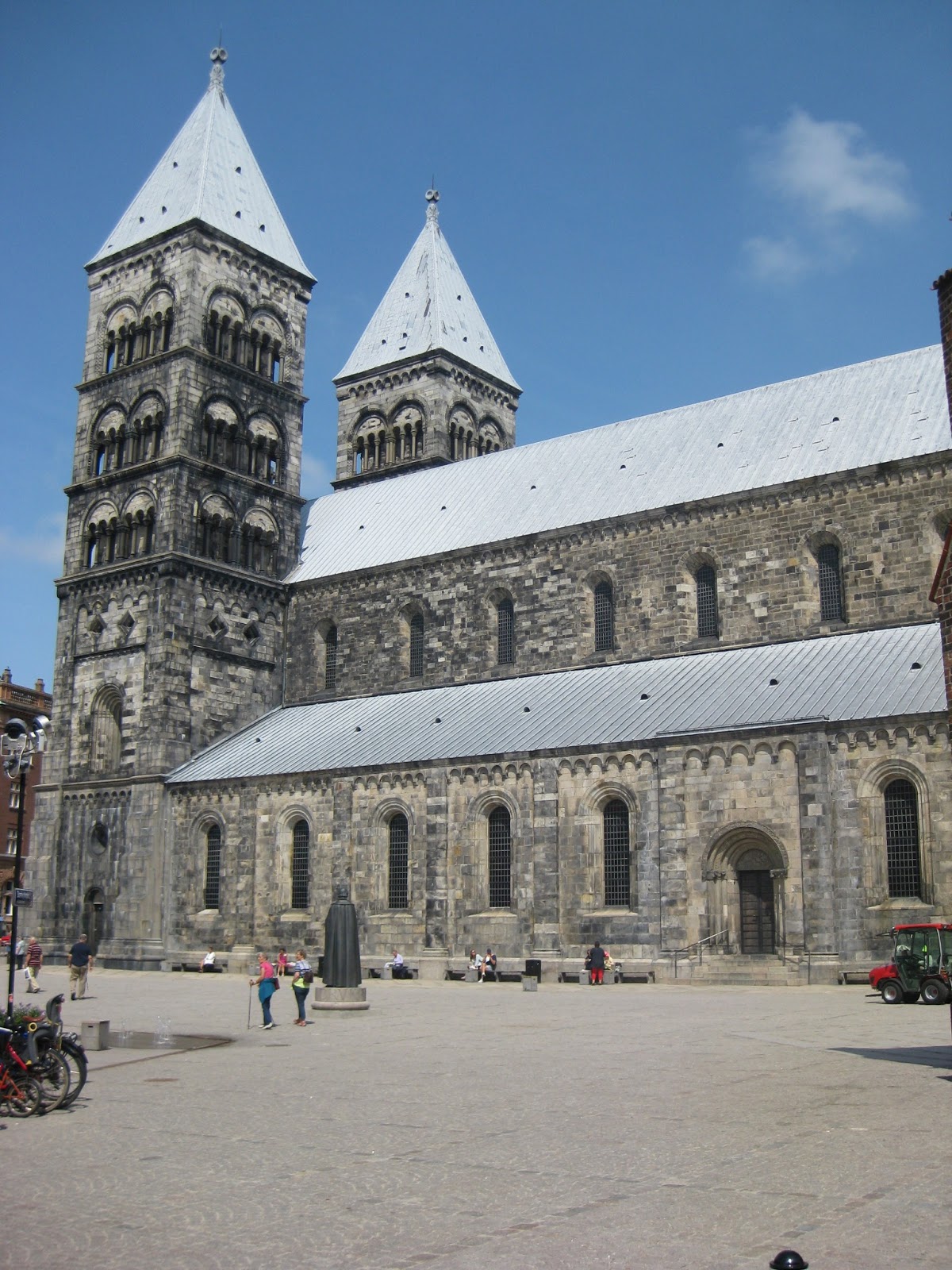 There are two cathedrals in Sweden and one is in Lund.  At one time it was one of the most important buildings in Scandinavia.  It was the seat of the archbishop of the Nordic region.  Construction started sometime in the 1100’s.  It is a building with a lot of history.  The Crypt is the first part of the cathedral completed and has been in use since 1123. 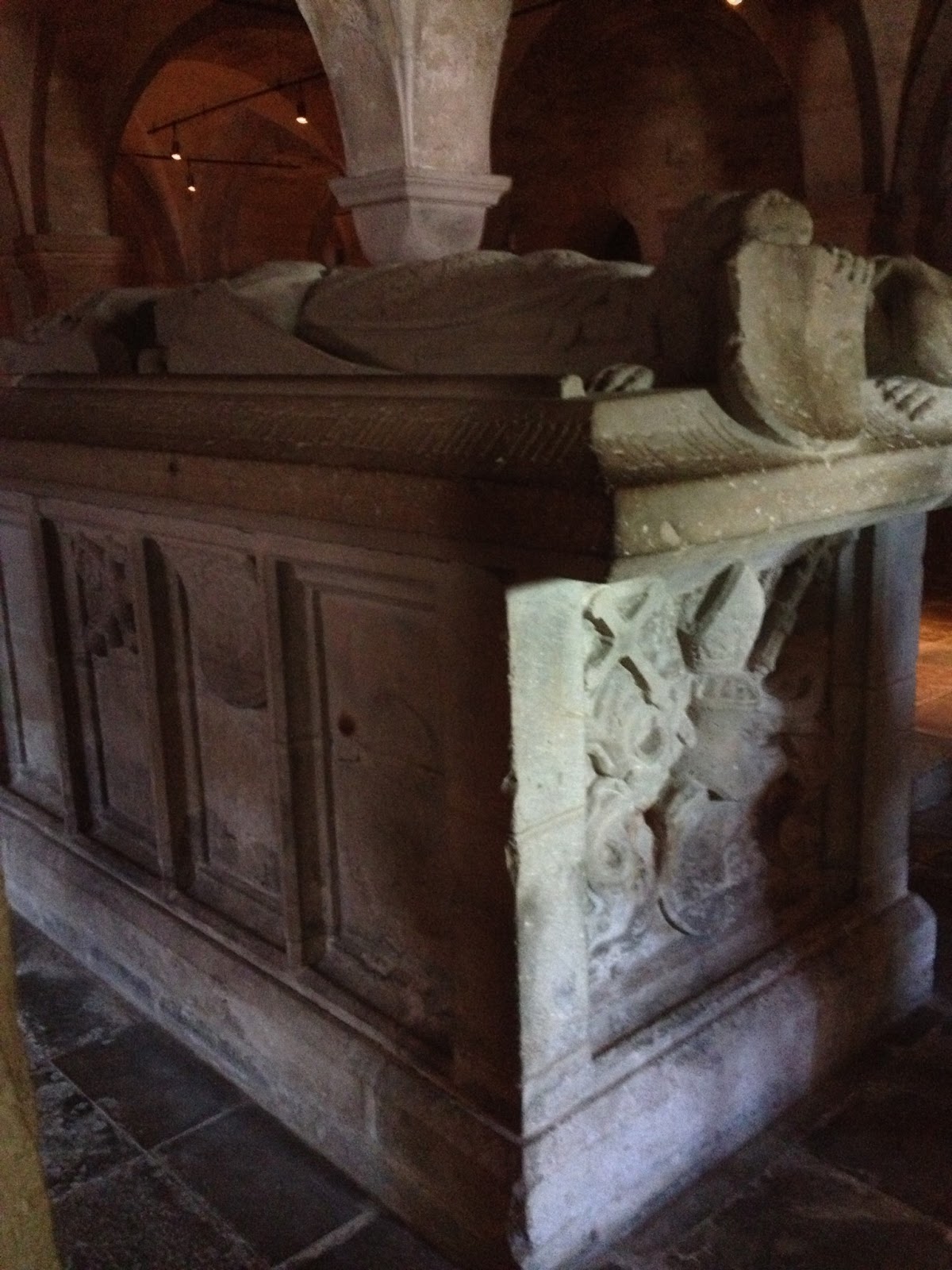 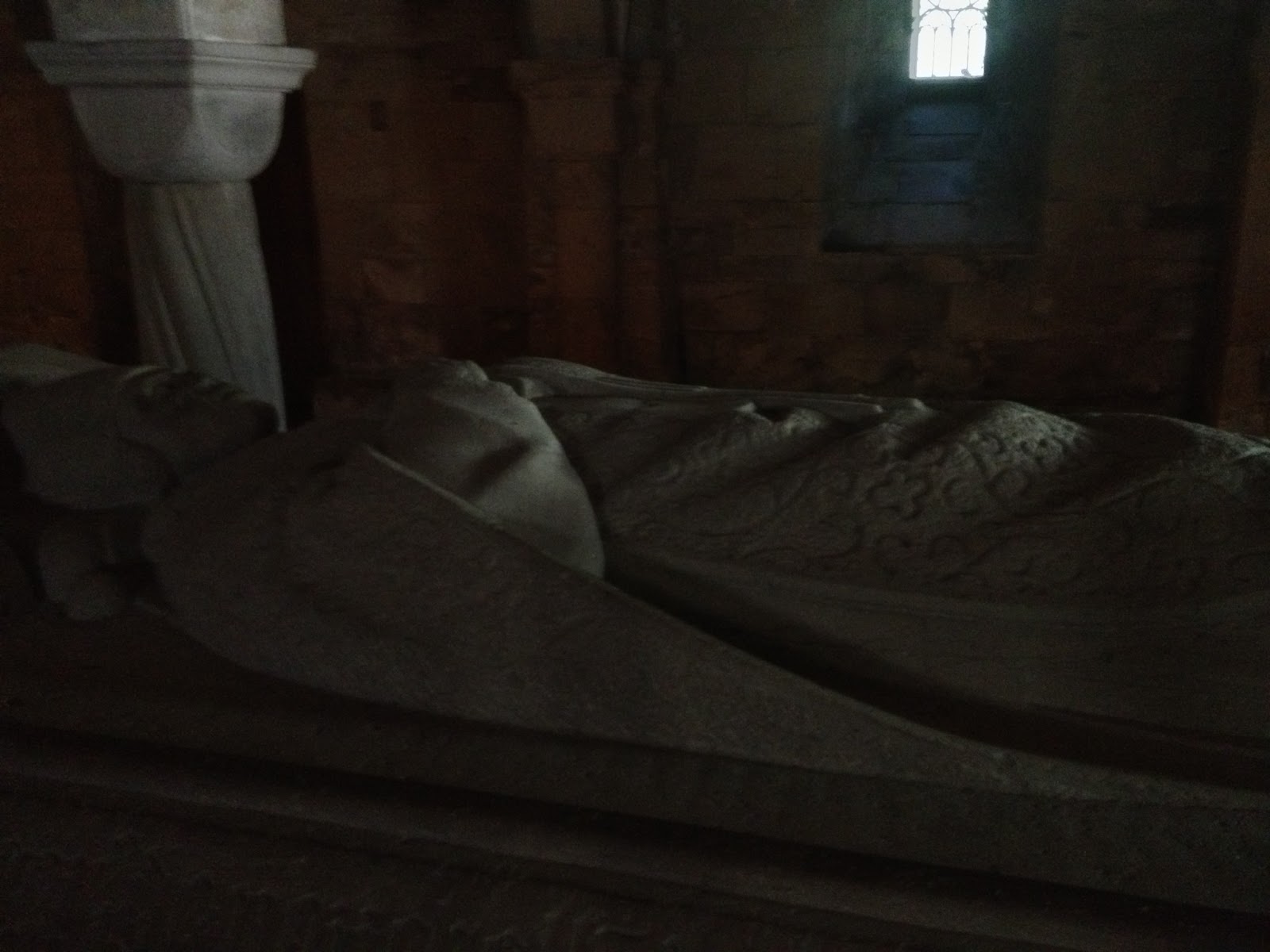 The crypt is in the east part of the church.  Each of the columns have a different design on them.  On the tour I was told this is to give the crypt a surreal appearance when you are down there right as the sun hits the windows early in the morning. 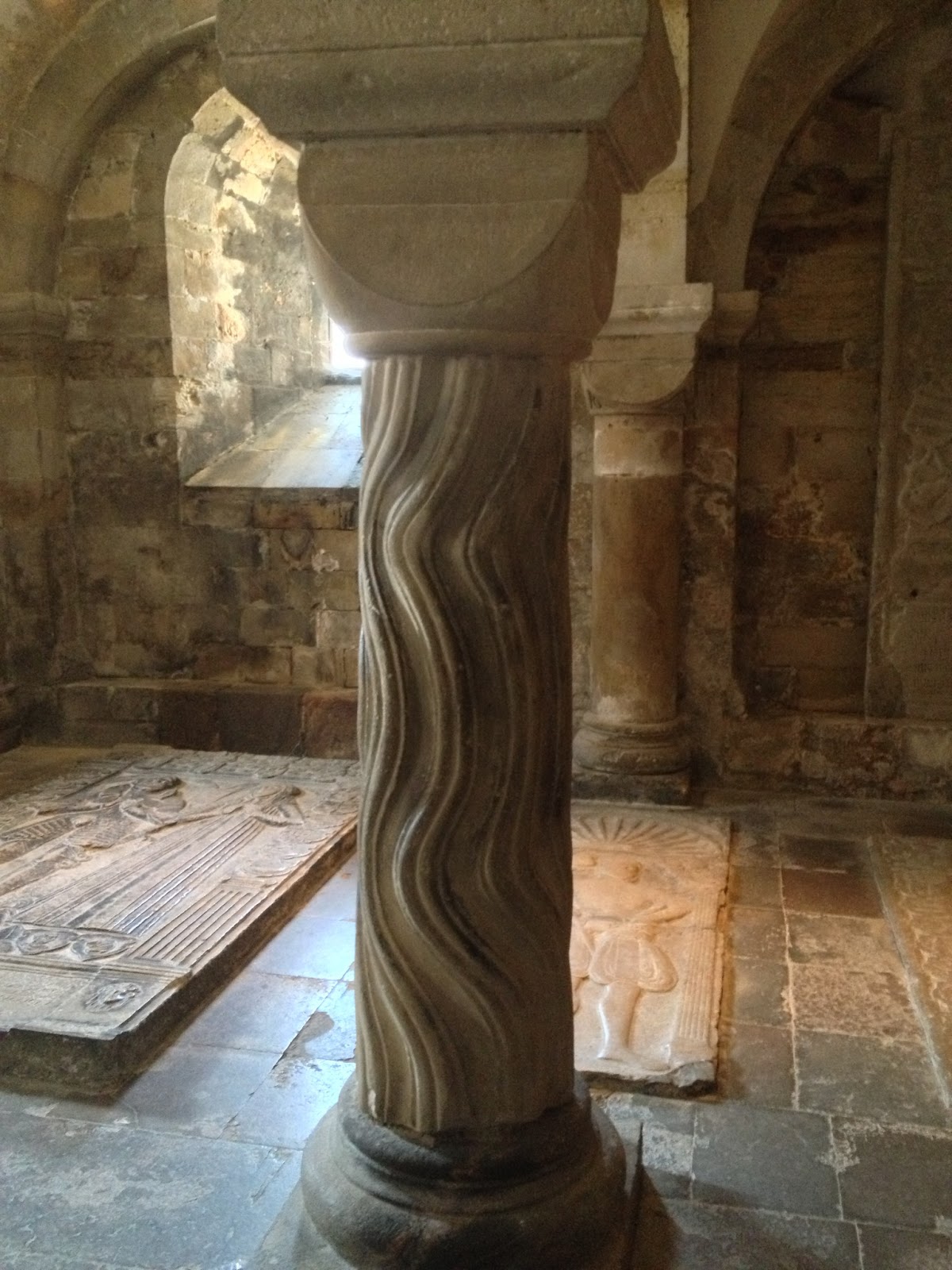 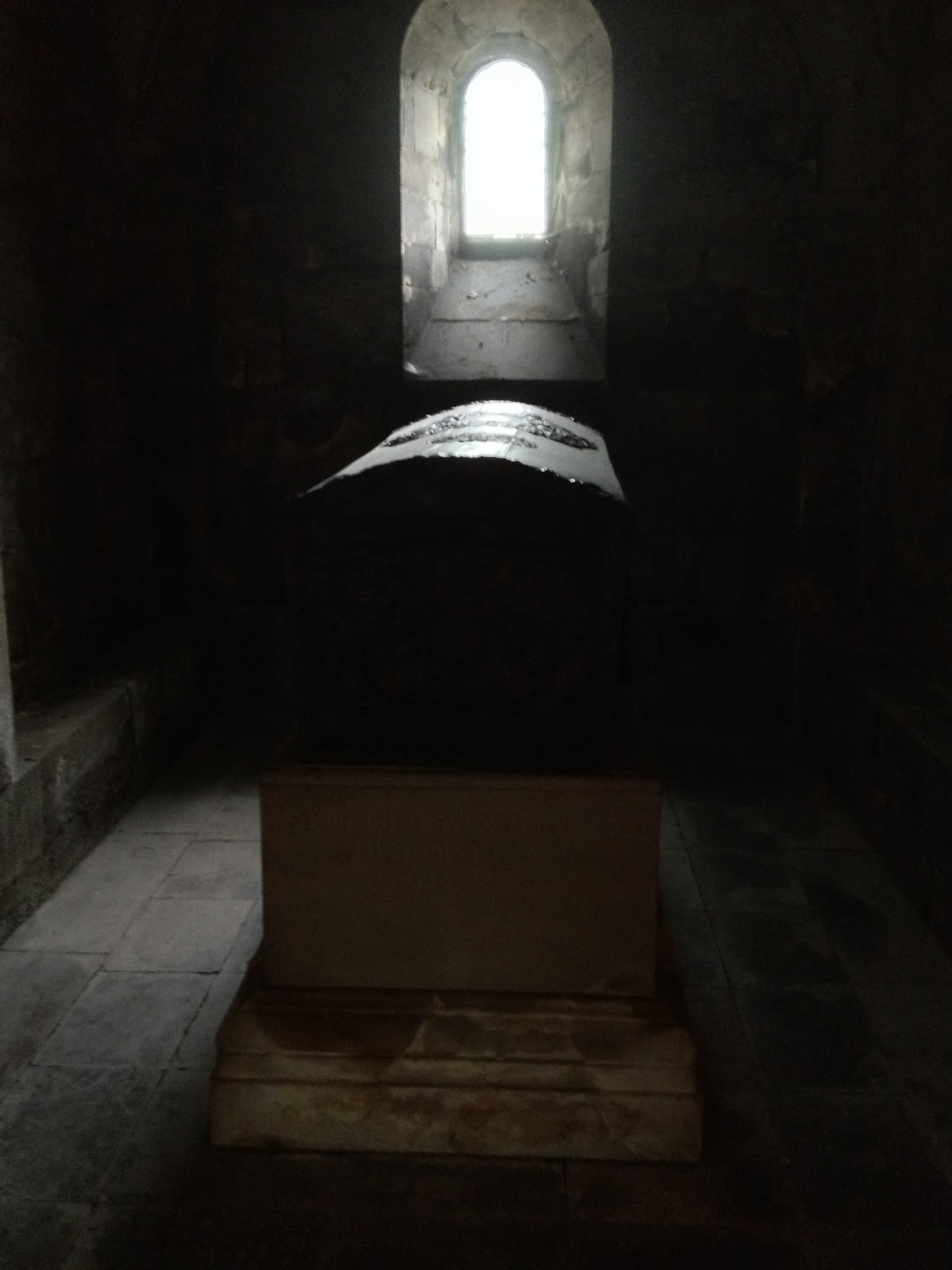 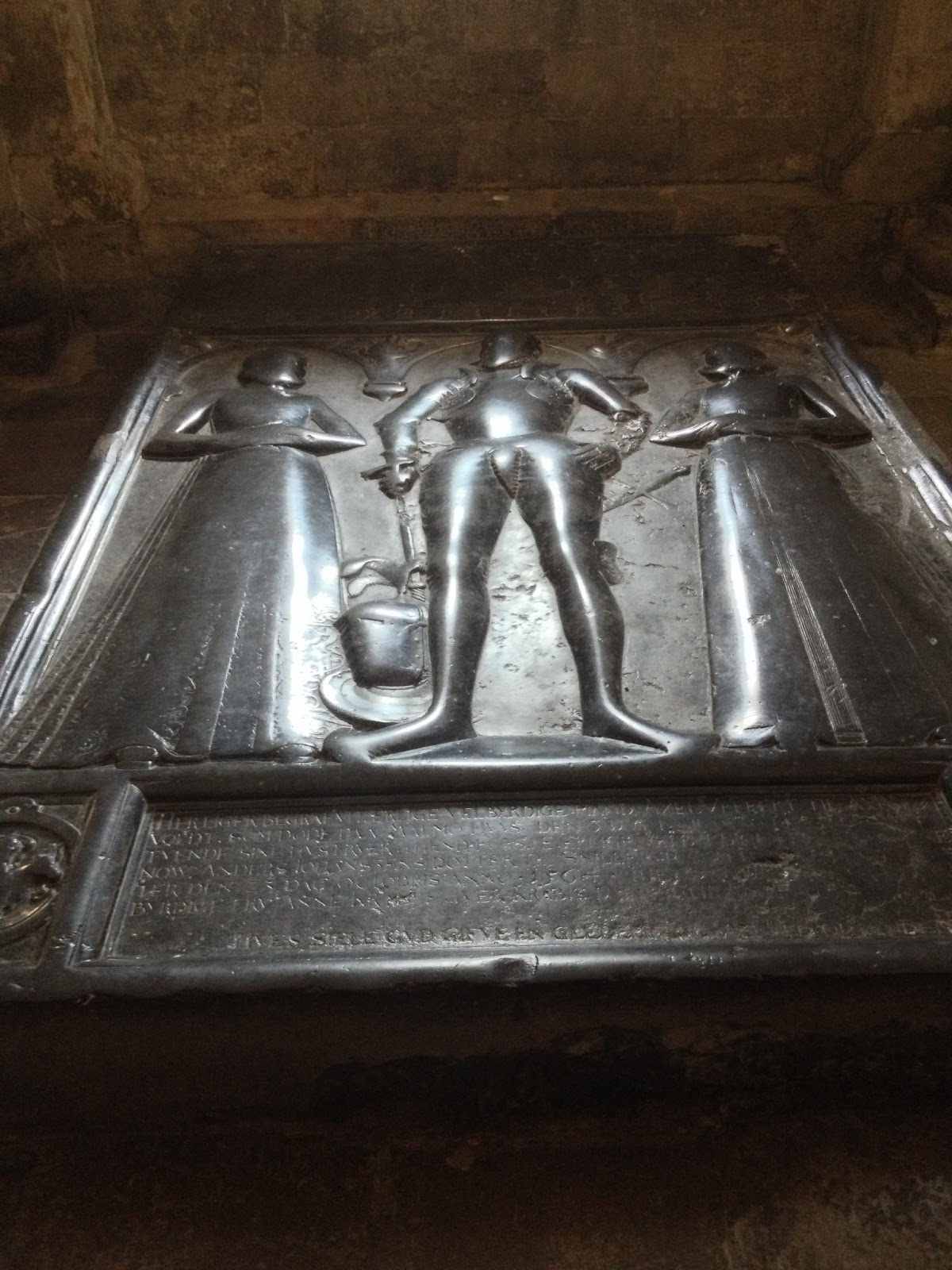 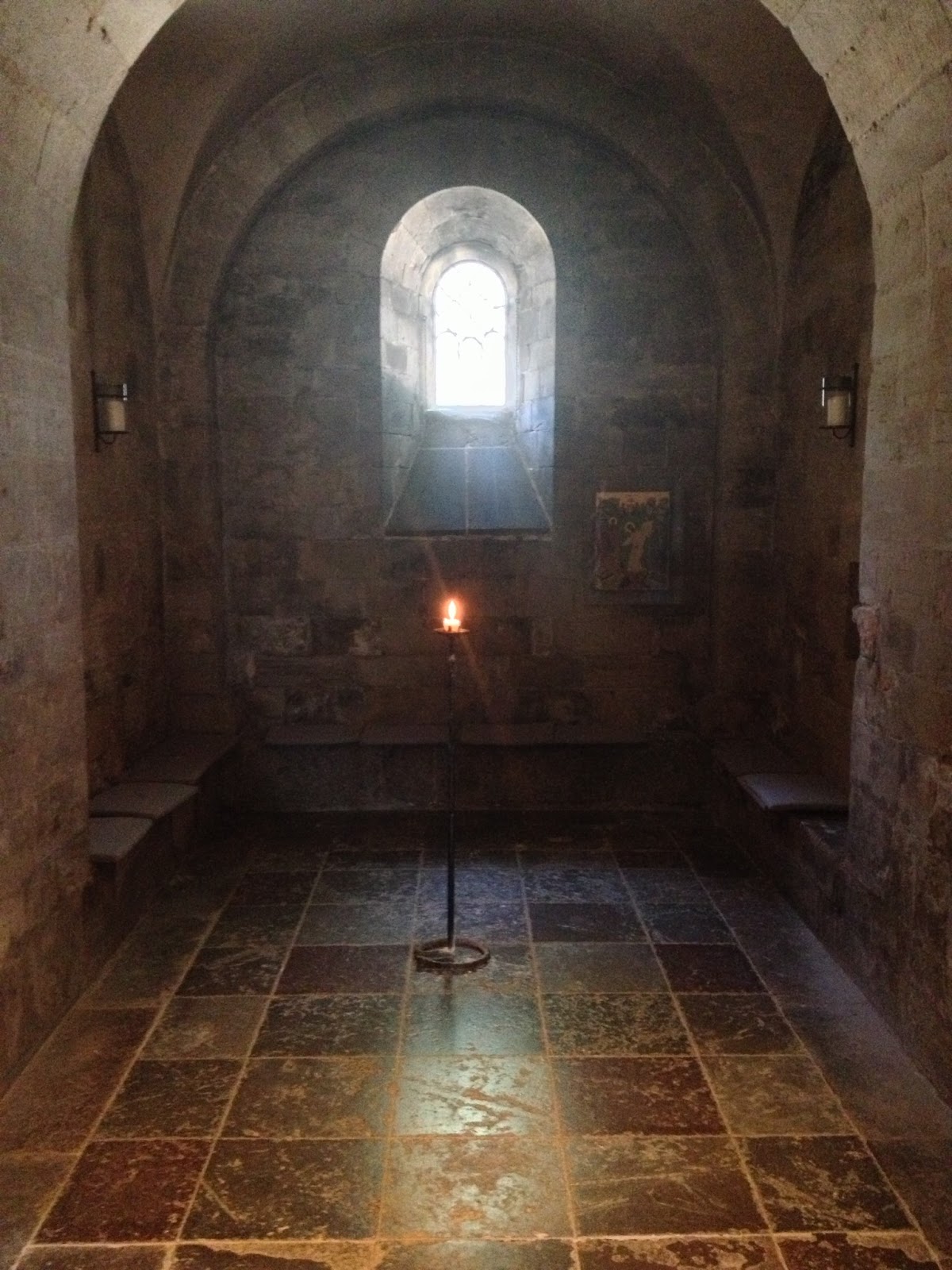 Finn The Giant
This is the story of Finn the Giant as told by the tour guide.  Before Lund was a Christian city there was a Christian priest that would walk around on the hills outside of the city preaching about the gospel of Jesus.  There was a pagan giant who lived under the hills.  He became tired of hearing the priest.  Why are always preaching on the hills asked the Giant.  The priest responded that he had no church to preach in.  The giant ask the priest if he would give him the sun and the moon if he built him a church.  How can I give you what I do not own said the priest.  Then how about your eyes if you can not guess my name before the church is completed.  So a deal was struck and the giant began to build a church for the priest.  Every day the priest would come to the construction site and guess but never getting the giants name right.  When the church was almost complete the priest realized that he was about to loose his eyes.  He wanted to see the countryside one more time so he went on a walk out amount the hills of Lund.  He heard someone singing under one of the hills . go to sleep go to sleep for tomorrow your daddy Fin is going to bring you the eyes of the priest to play with.  The priest ran straight to the church and just as the giant laid the capstone the priest started shouting Fin, Fin, Fin is your name.  Fin the giant was so angry that he ran into the church with the idea of pulling out the pillars of the church to destroy it.  As he was running into the church he shrank because of the greatness of the Christian faith.  He entered the crypt and as he grabbed one of the pillars he was turned into stone.  At the other entrance his wife and child were turned into stone though how or why they ended up there no one knows.
I found a different variation of the story of Finn the Giant online.  Obviously the church was not built by a giant but it is an interesting story.  The myth that a Christian Church and one as important as Lund was build by a pagan is indeed intriguing.  There are other stories about the two pillars with stone statues on them.  One is that it represents the Biblical Sampson.