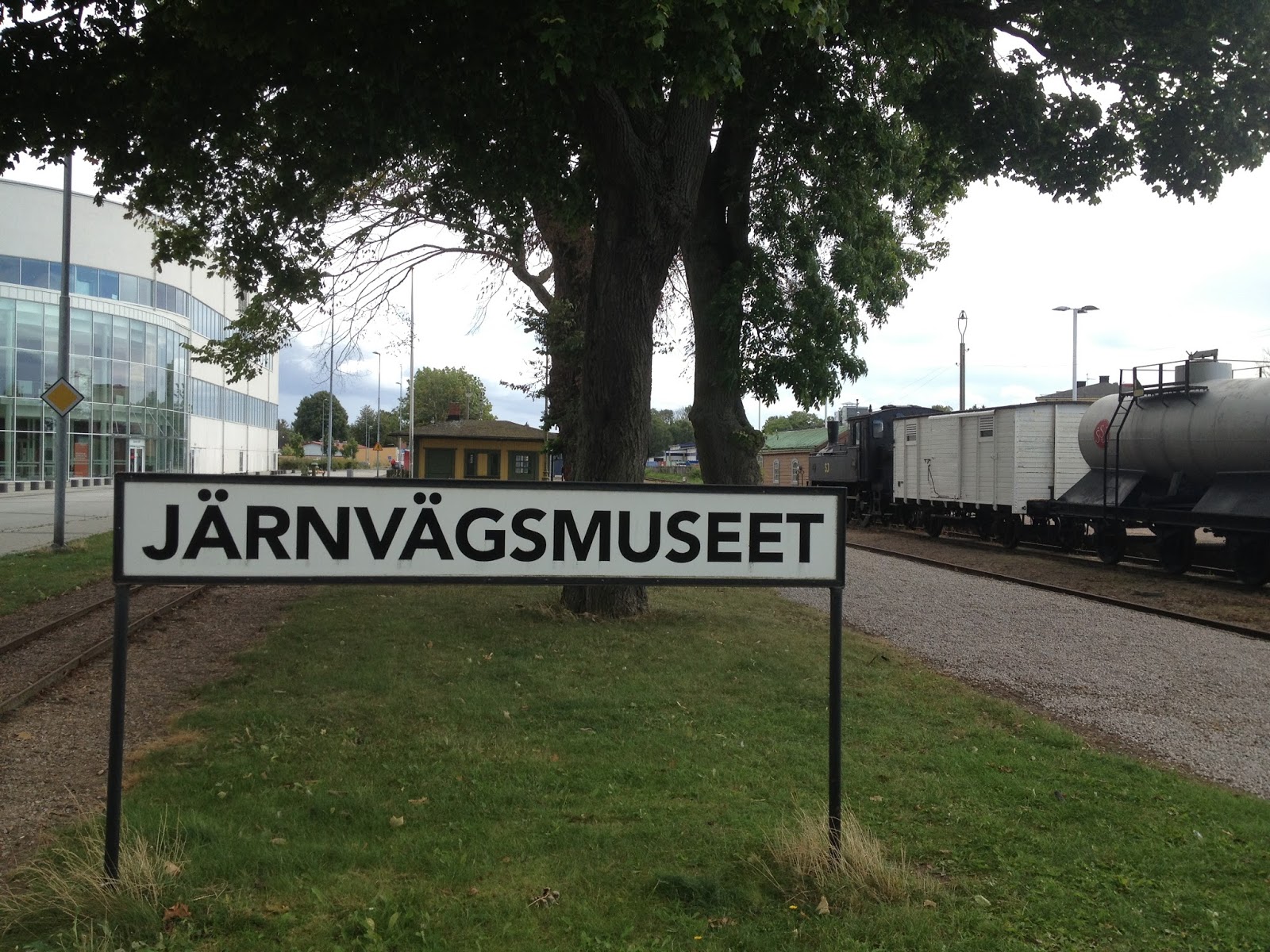 Today I bicycled out  to the railroad museum is located at the old Kristainstad’s southern train station. The picture below is a sign for the old southern train station.  To the right of the sign is a small yellow wooden building which was the original train station.  Its purpose was as a rail yard and not as a passenger station as far as I can tell.  At the end of the train yard is a large building with houses the museum.  All the information signs were in Swedish and since I was alone I did not understand most of them but it was still enjoyable to see the old trains. 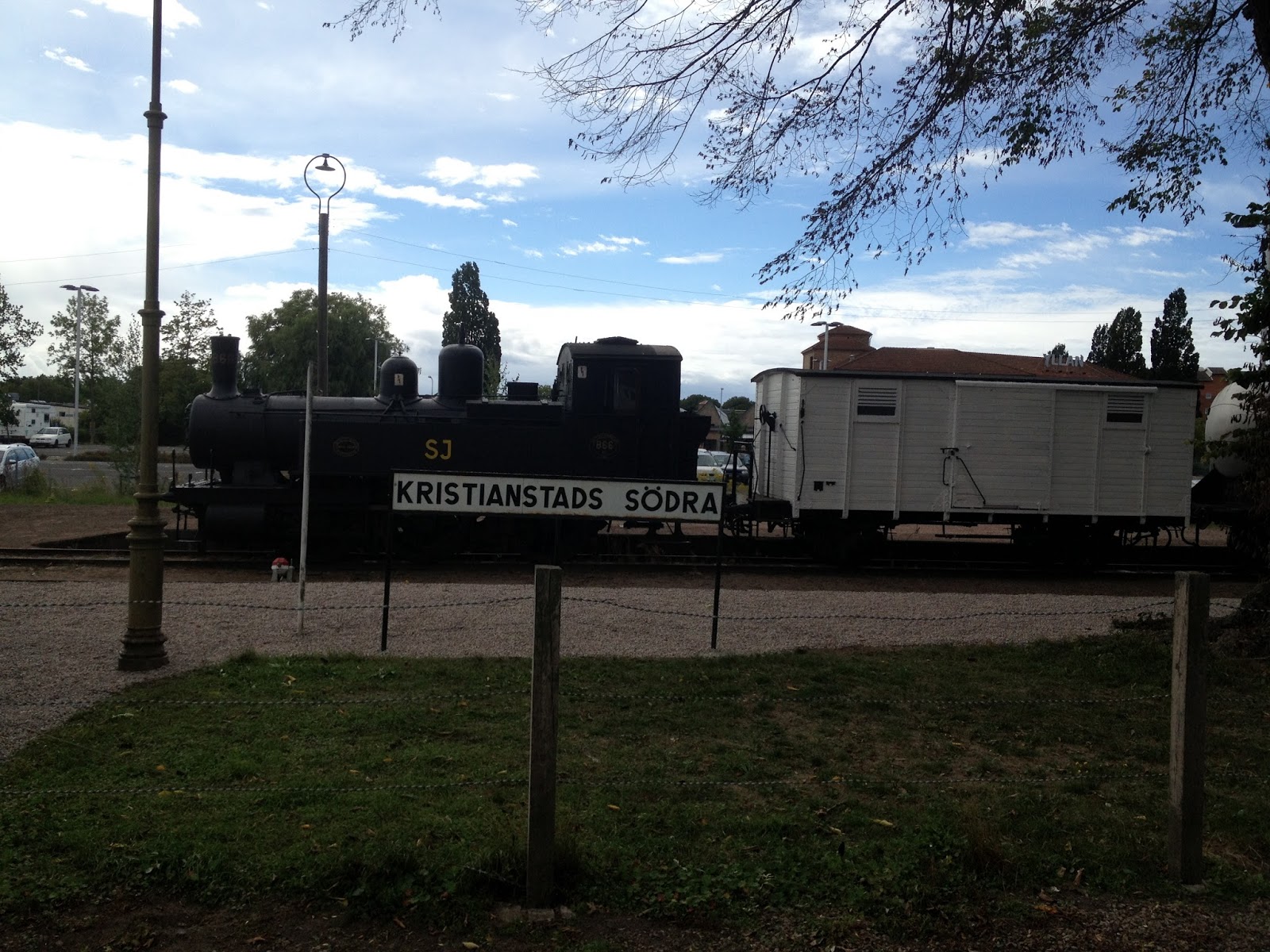 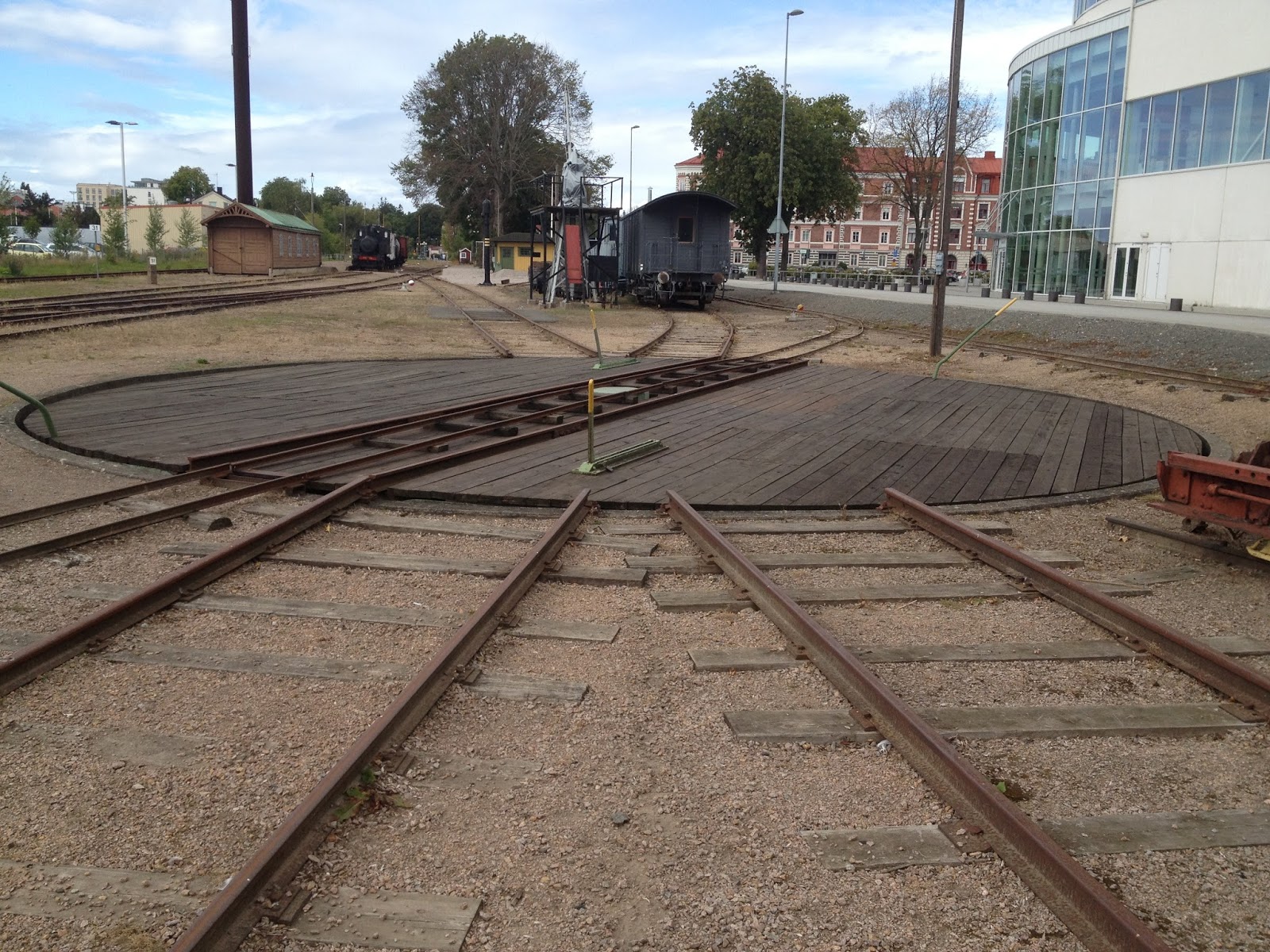 This is a turntable I believe.  It was used to turn the trains around.  There use to be one in Idaho Falls and I wanted to see it so my father took me to the railroad yard.  It has been removed not long before he took me to see it.  I was really sad about that it was gone.  I believe I was 8.  It was the year I received a model train set for Christmas.  It was one of the happy memories I have as a child because I was able to spend time with my father. 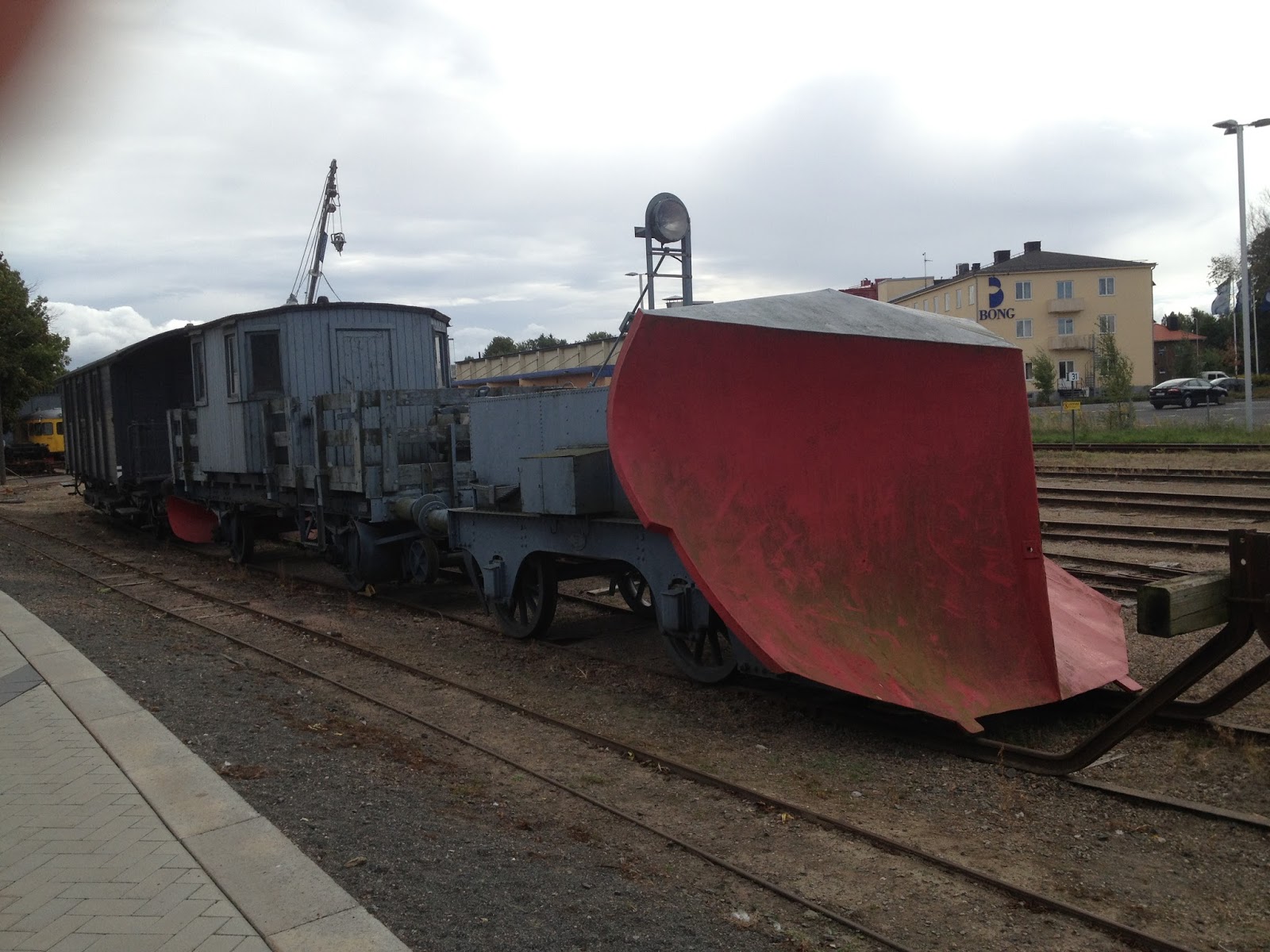 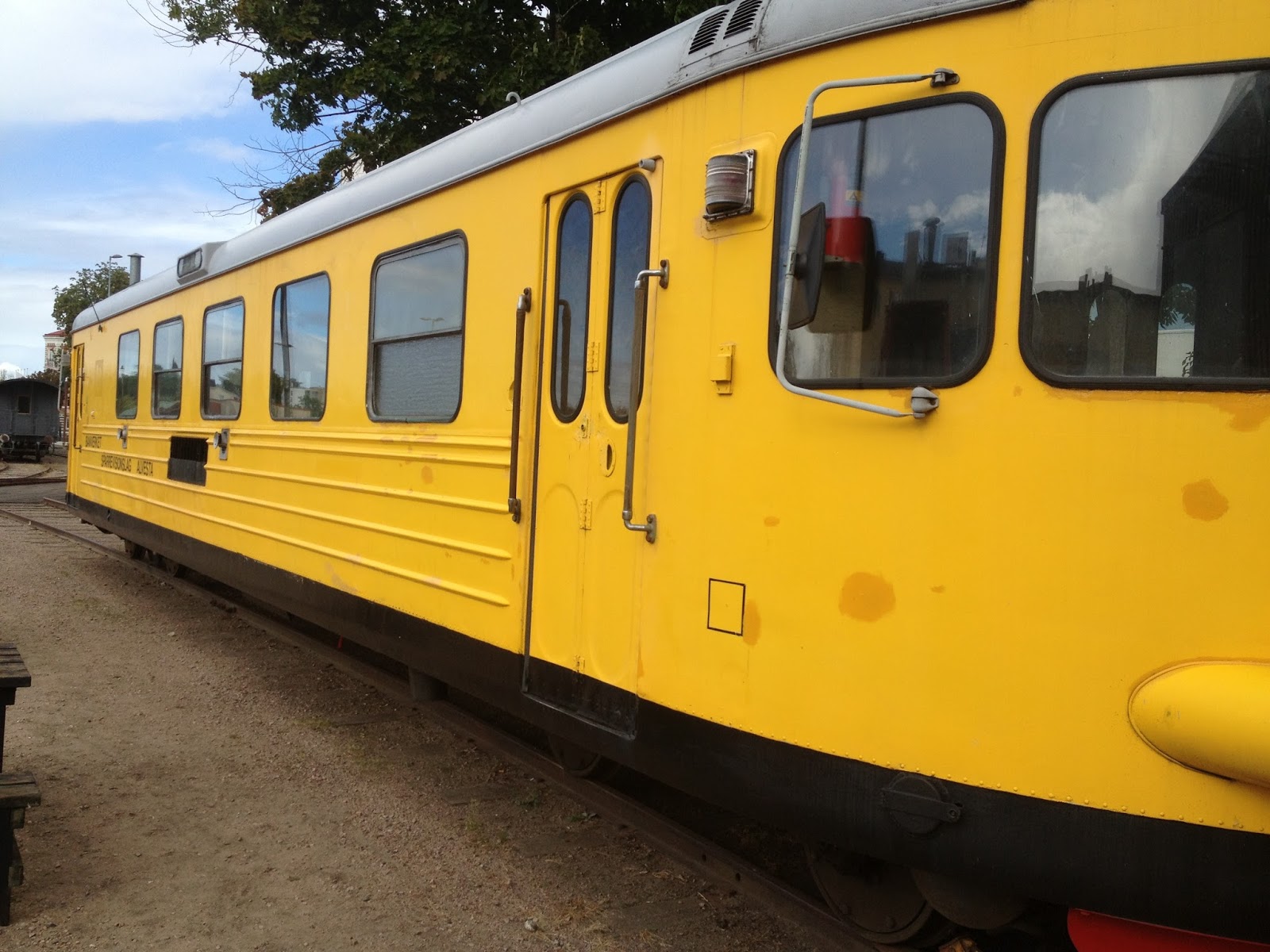 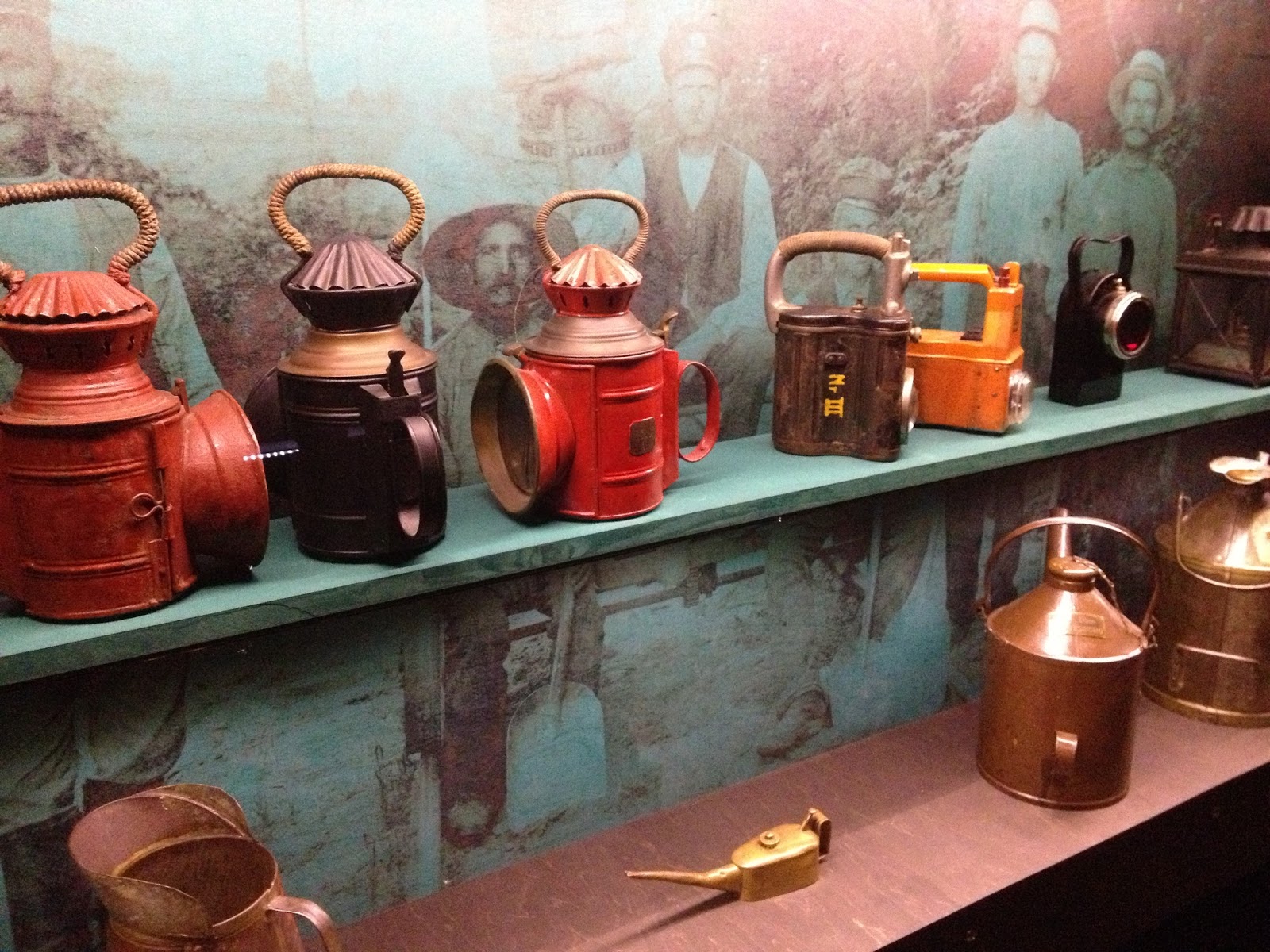 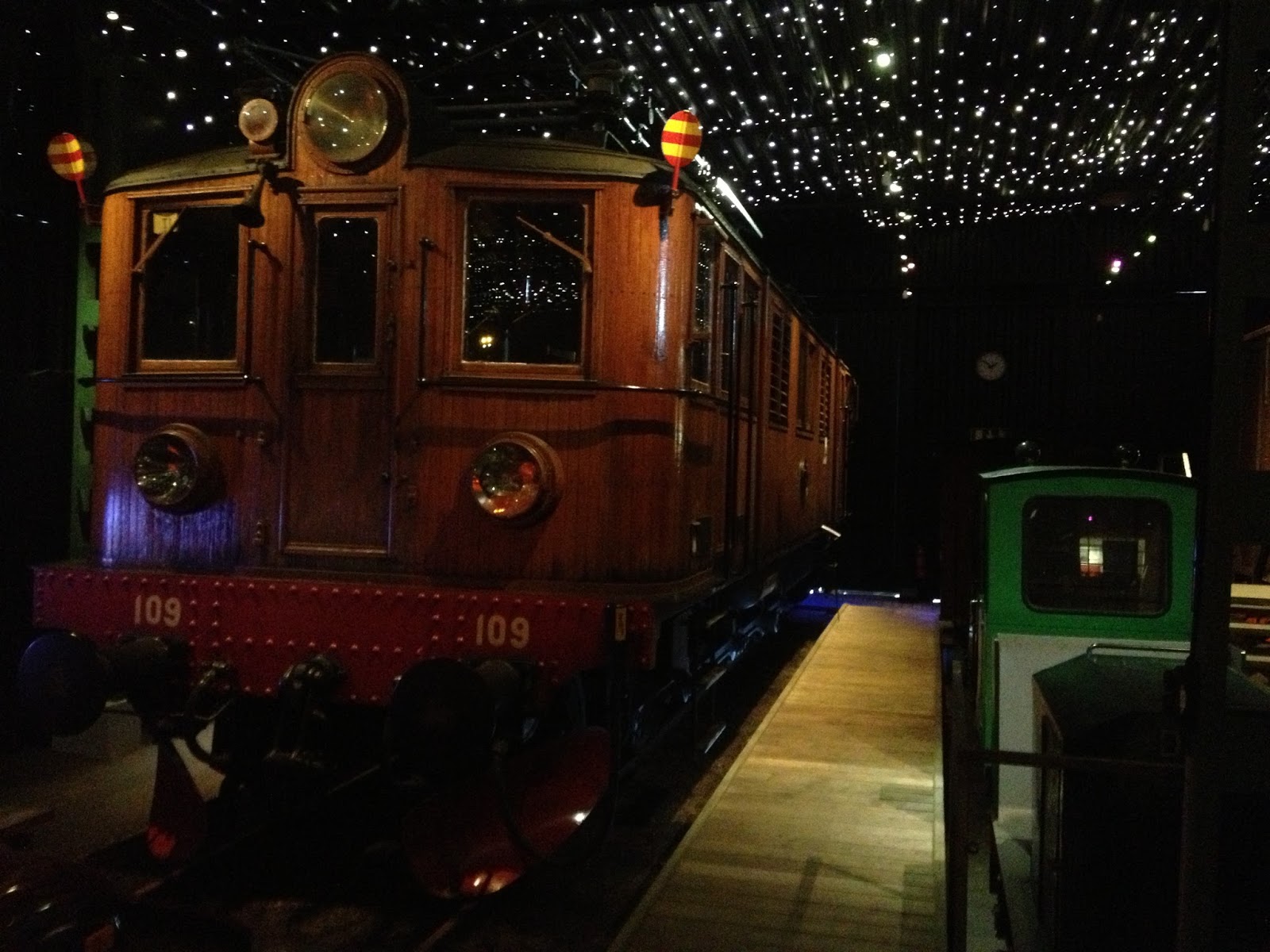 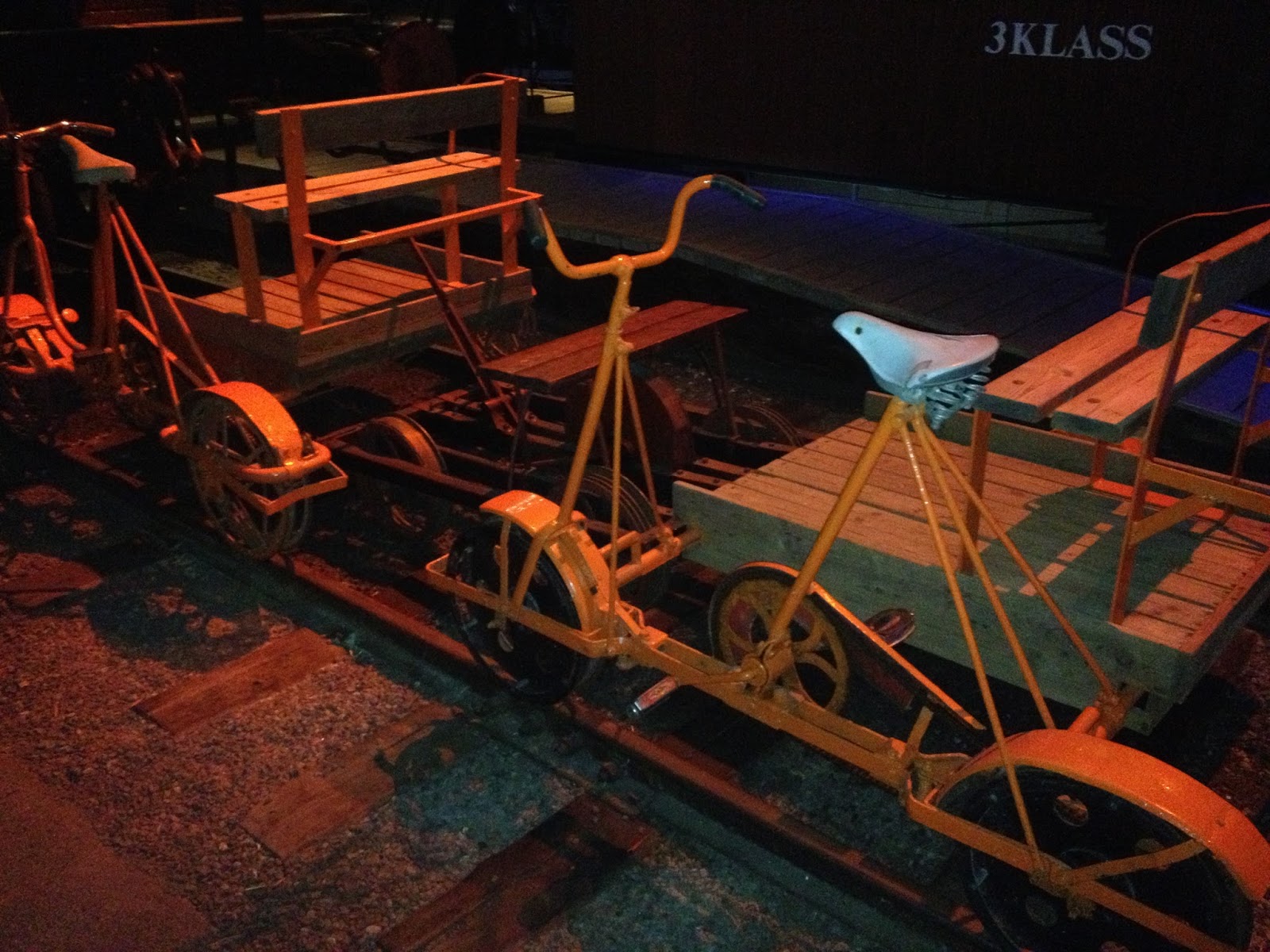 I have never seen anything like this before, a passenger cart powered by bike.  It would be fun to try it out but I would hate for that to me my job to bike people around on the train tracks. 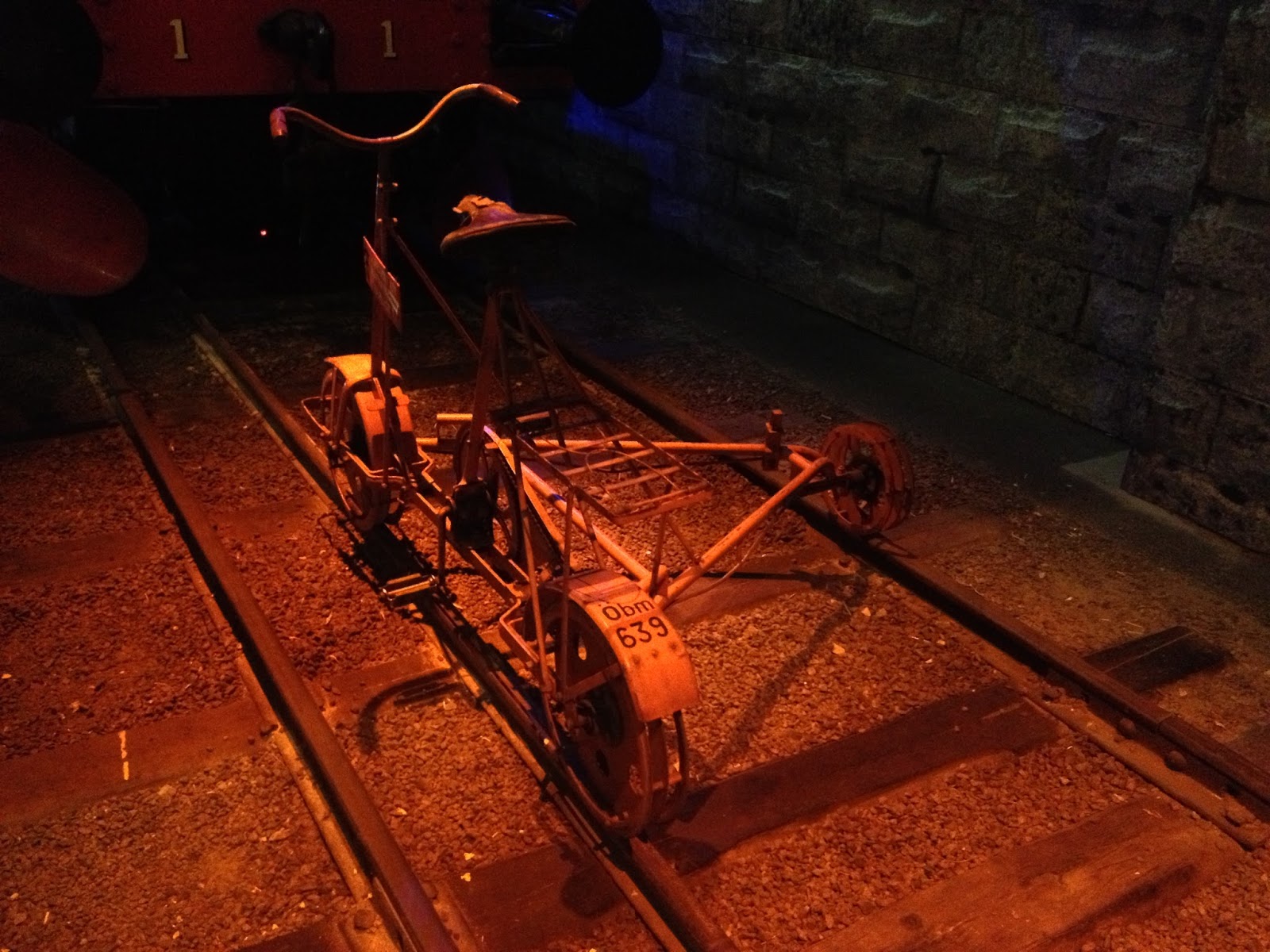 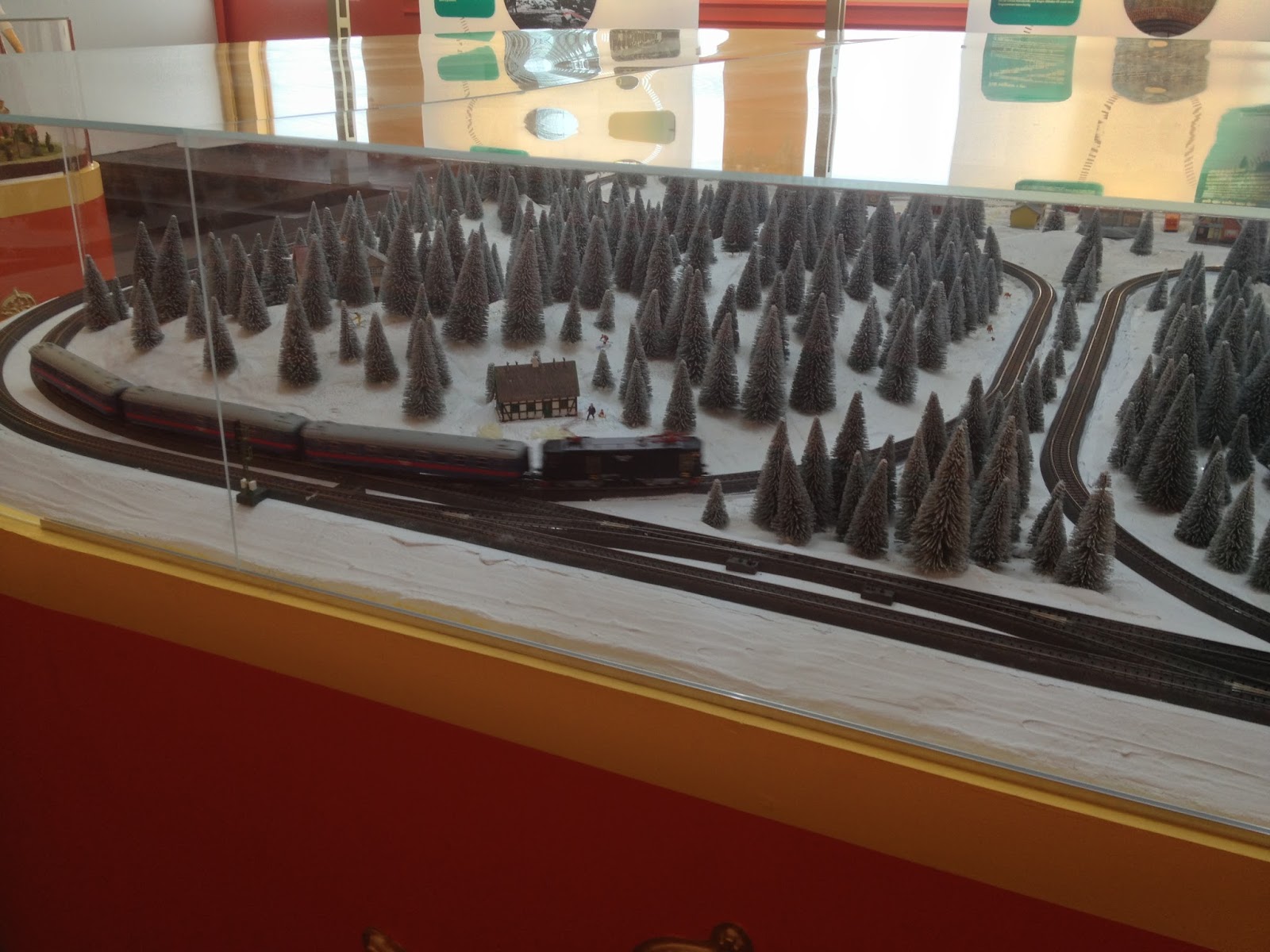 They had a fun model train set that you could start and the trains would all start running.  It was fun to just watch the trains move around.