Of course I had to visit the church of Hörby while I was there at the Hörby Market.  I find these old churches fascinating for a lot of reasons.  One of them is that they have interesting architecture and art.  Also it is integrating to me to think about a building that has been in continuous use for hundreds of years and in the case of this church for at least 873 years.  The old part of the church was built between 1120 and 1140.  Fast forward history a few hundred years and the small church had outgrown the congregation so in 1895-1896 the church was expanded.  In the picture above the part with the circular window is the new part, plus the tower was made much higher.
The reason given for expanding the church and not building a new church all together was that the congregation did not have the funds to build a completely new church.  In this case they came up with a very creative way to add additional space and future generations benefited by preserving the old part of the church.  In 1956/59 the church was restored.  The old part of the church was restored in appearance to it original character.
Views from the older part of the chruch 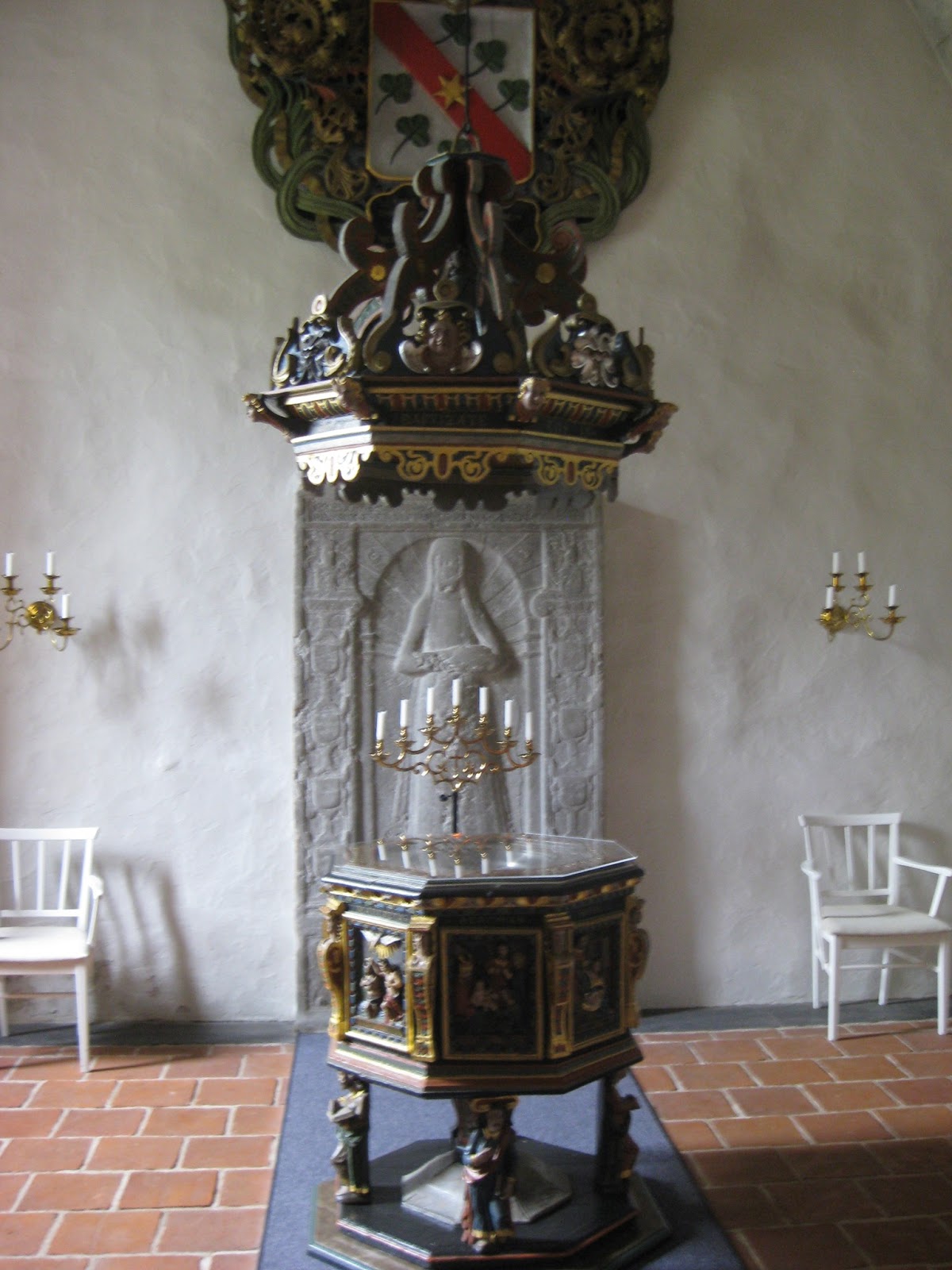 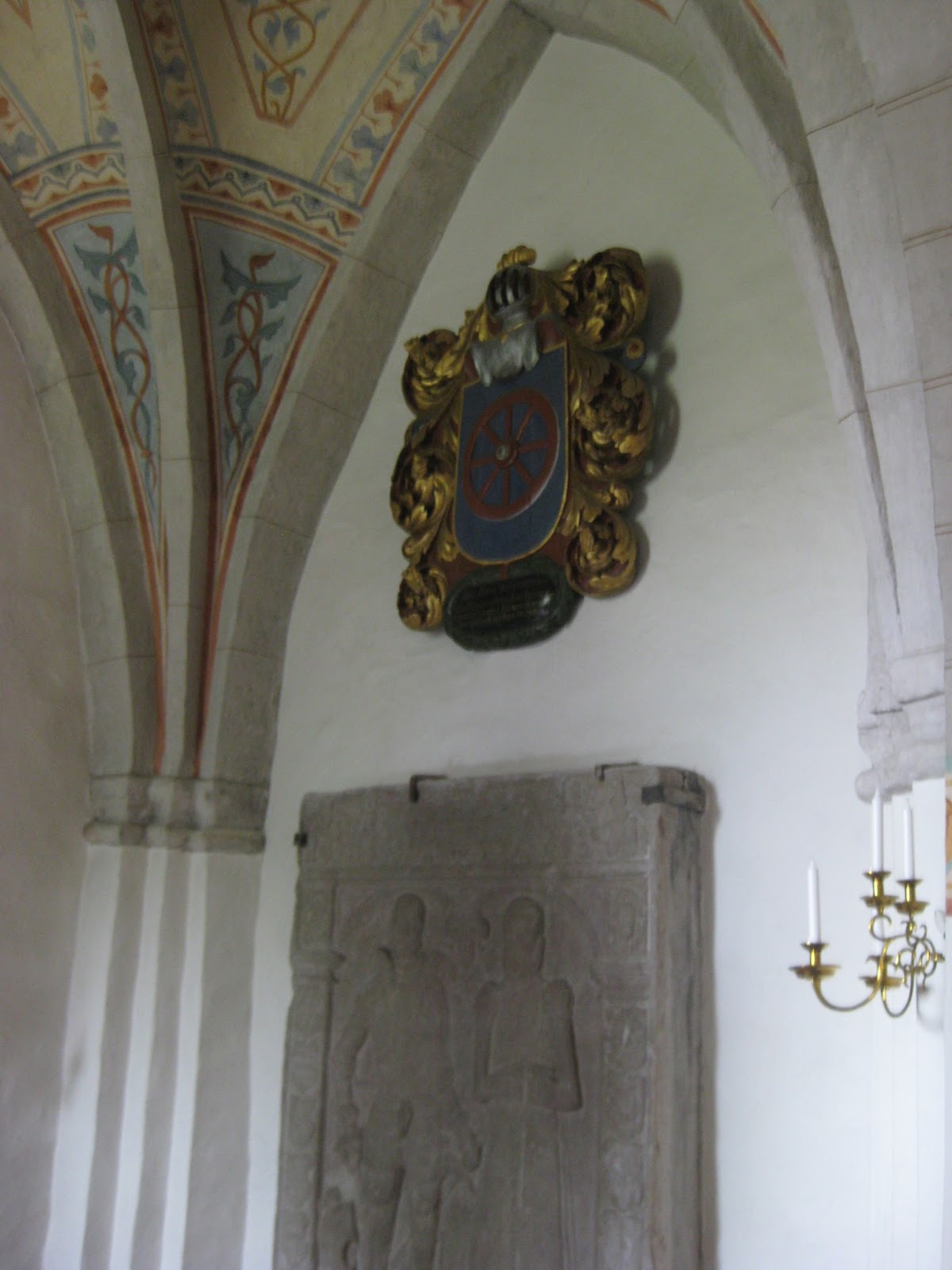 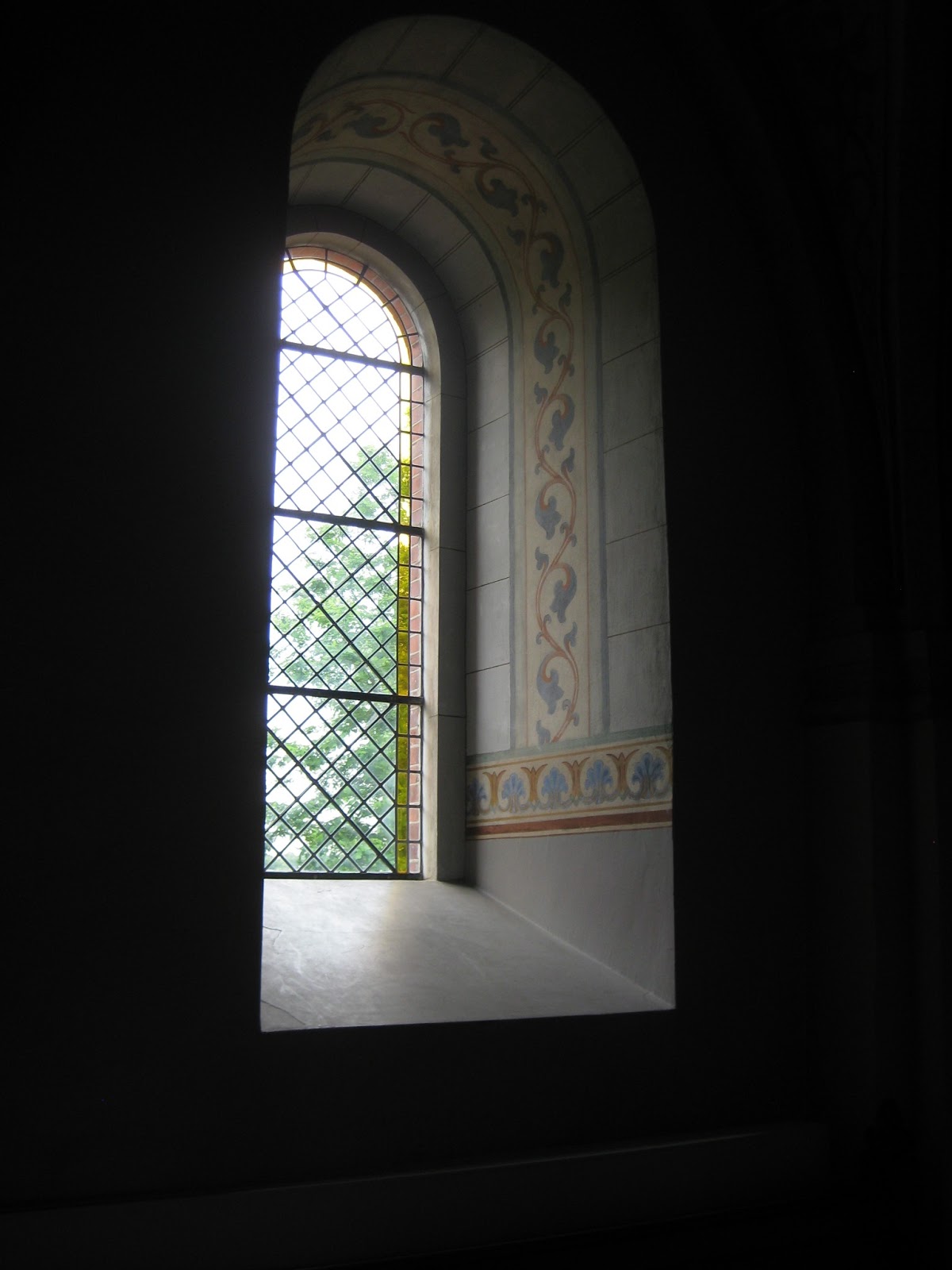 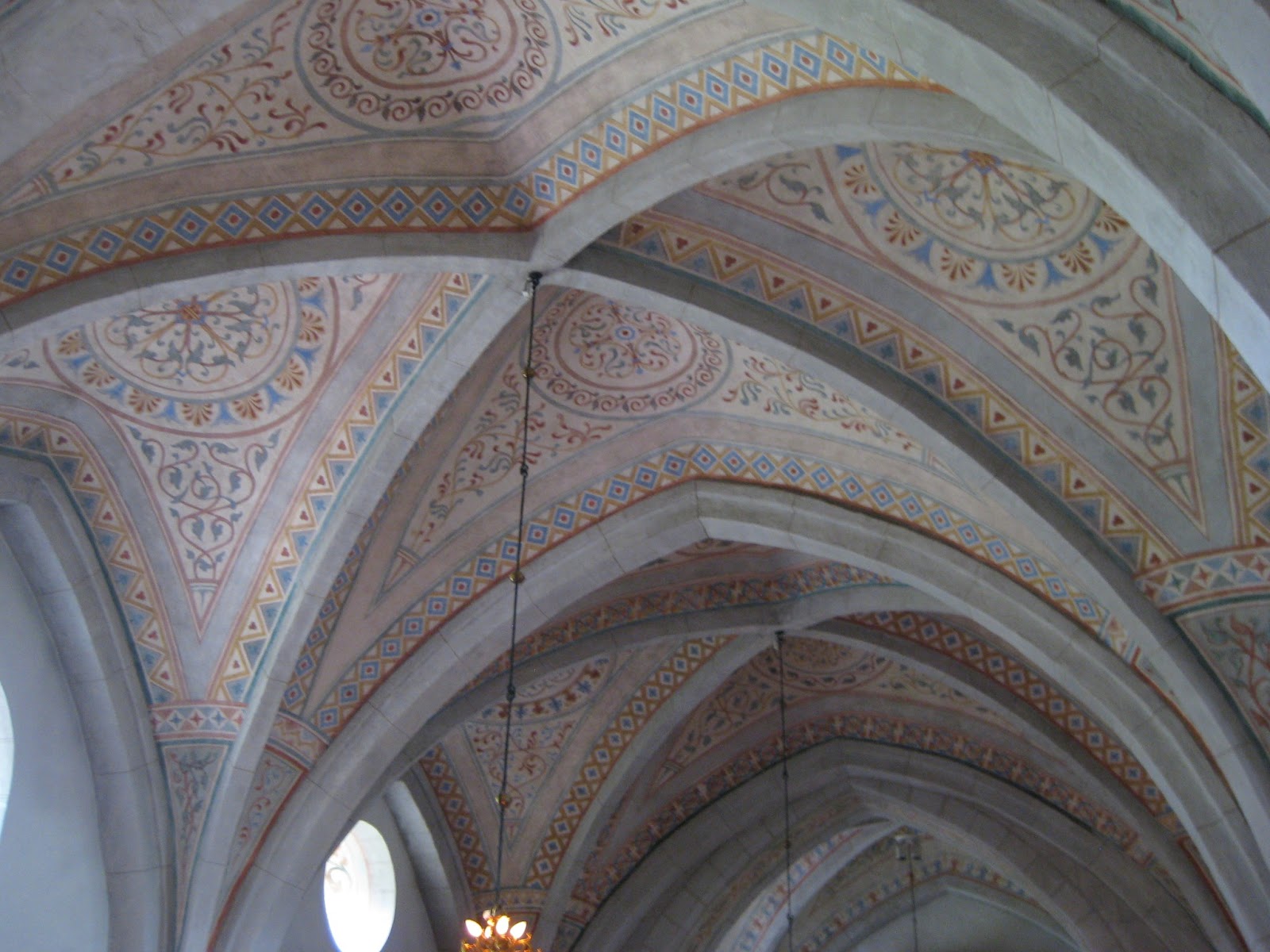 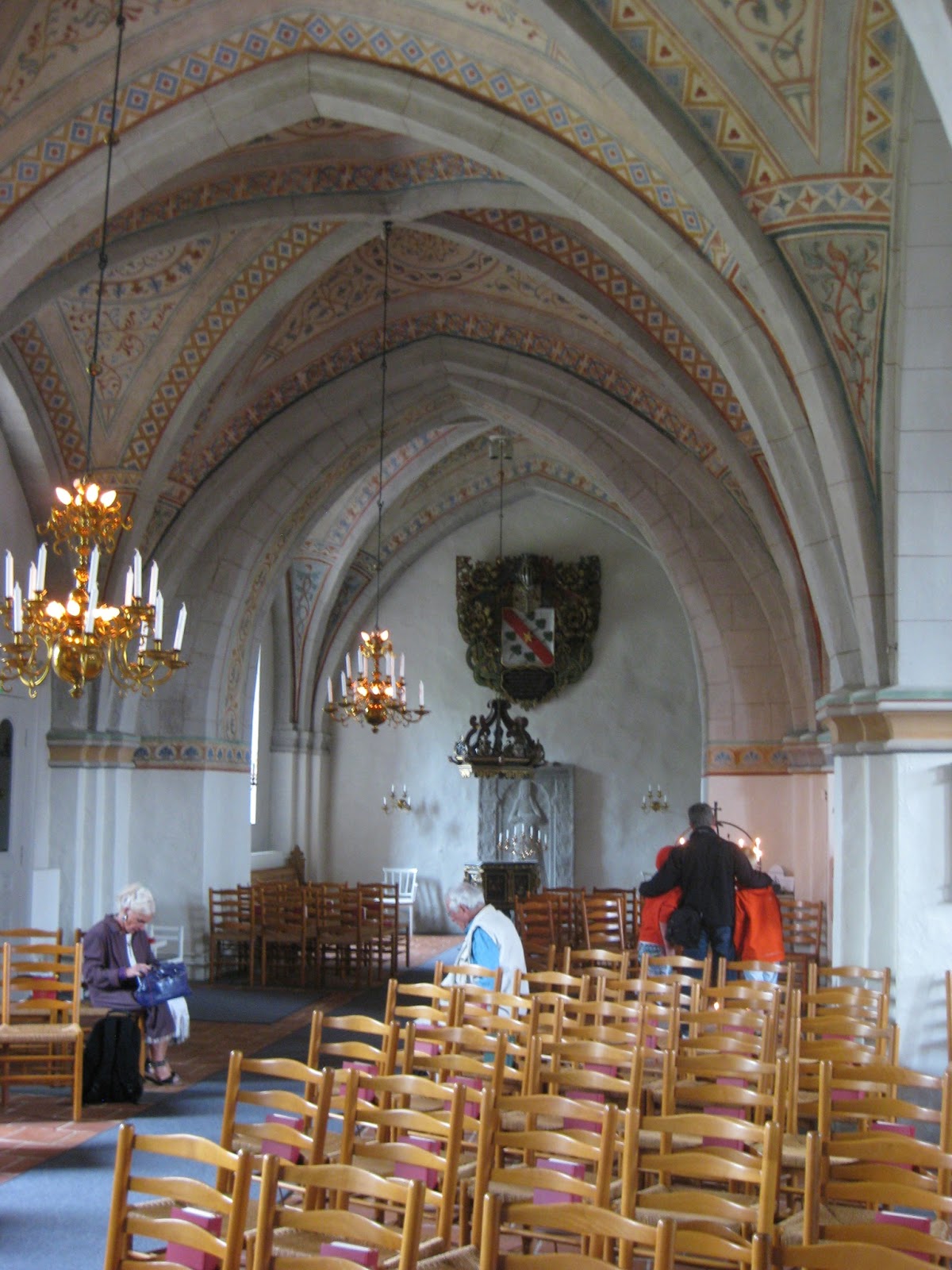 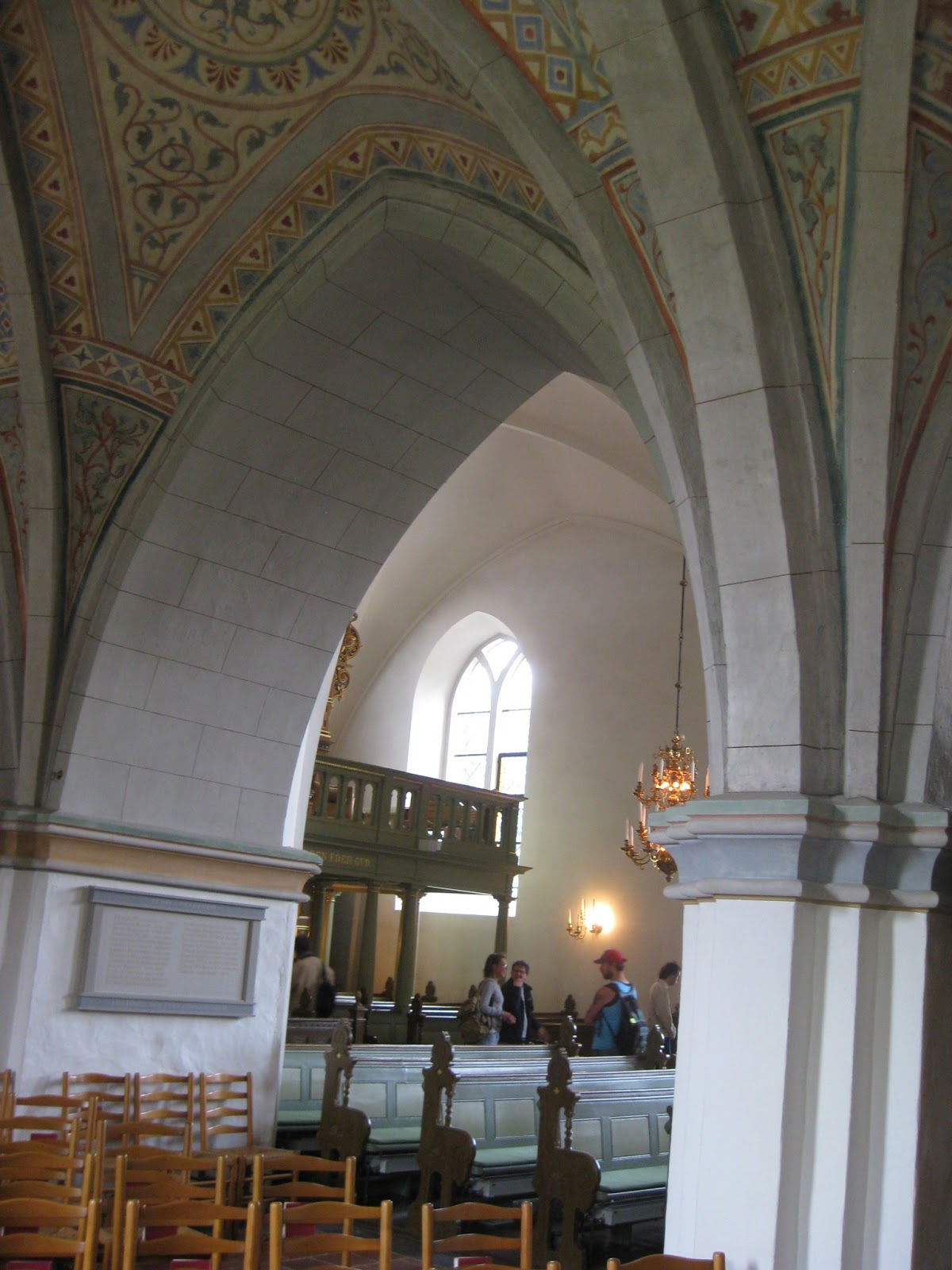 Views from the newer part of the church 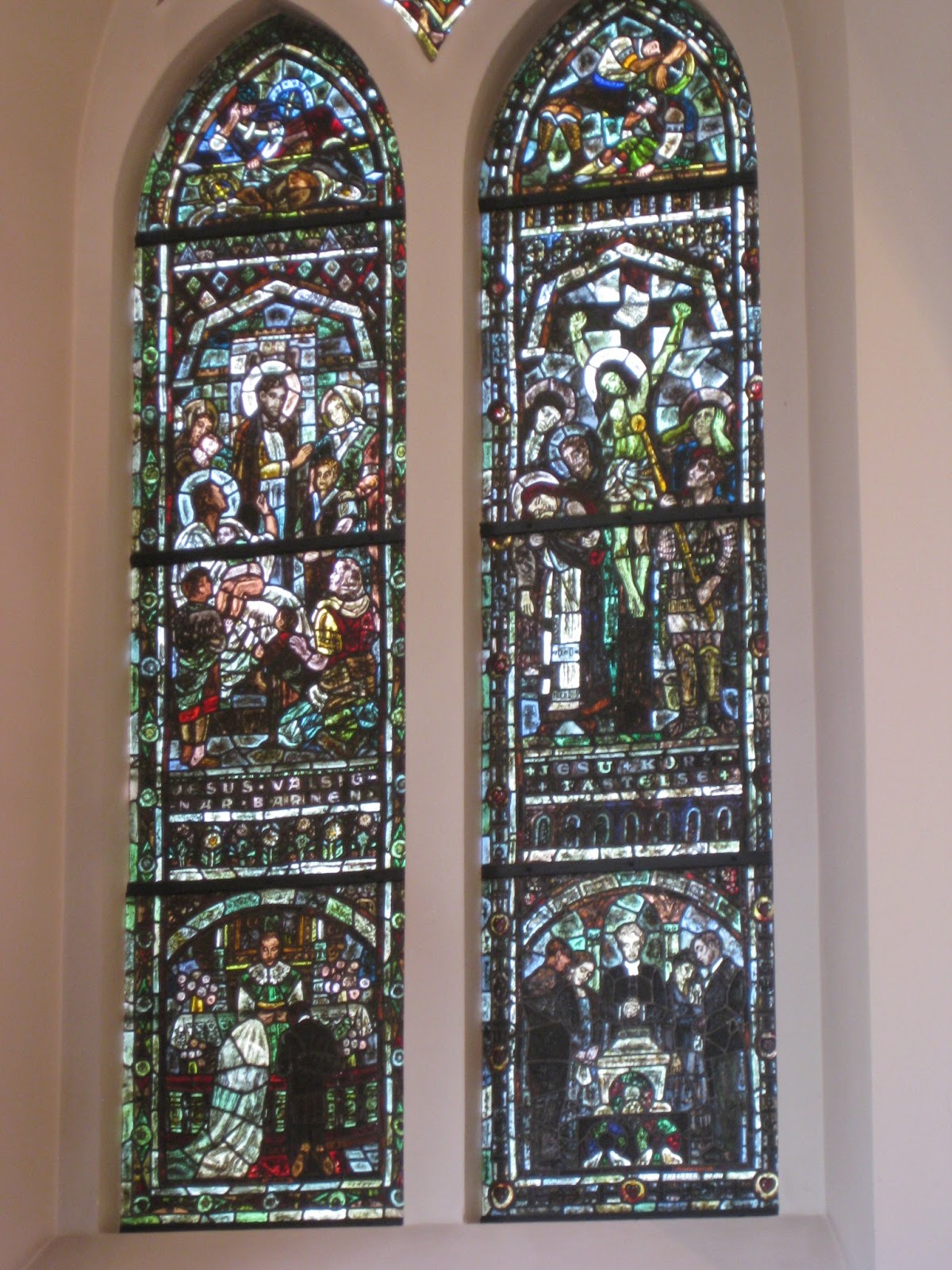 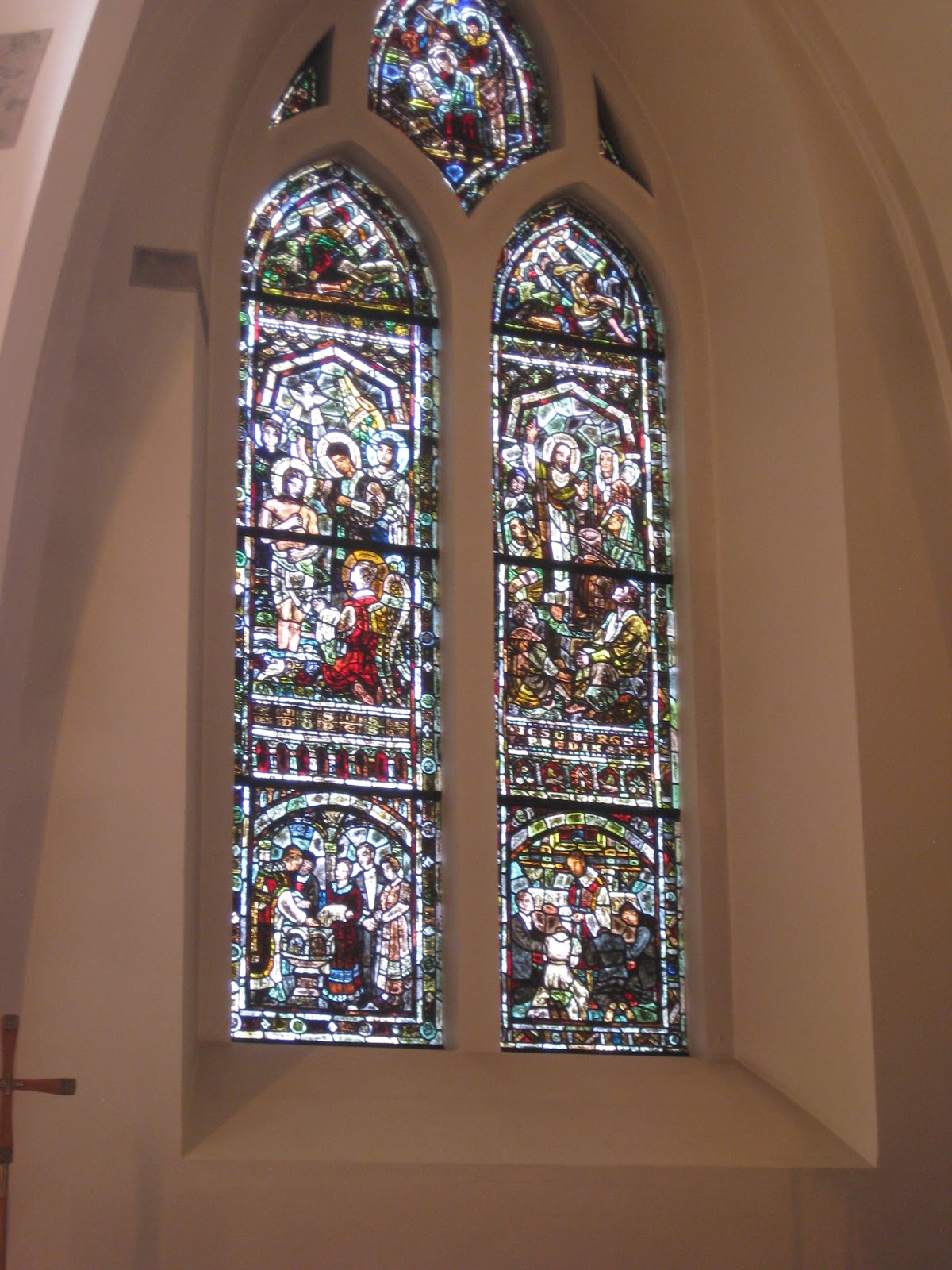 The high altar, the pulpit and the baptismal font all date from the 17th century.  I have included some closeups of the pulpit so that you can see some of the detail of the carvings.  They are quite exquisite.  I think of someone carving and building all these by hand and them the detailed paintings of the carvings.  There was a large amount of craftsmanship and artistry that went into building them.  On the top of the high altar is the symbol C4 which was the symbol of King Christian IV of Denmark.  At least the high altar was made during the time that he was the king over Skåne or Scania in English.

Today Mona, Vanim and I went to Hörby at the annual market.  It was started in 1784 and is on the first Thursday of July every year.  It is a Scanian tradition.  We went a day earlier but you would not know that from all the people that were there.  In the town square and then through many of the town streets around the town square there was all sorts of different kinds of vendors.  There were people selling food, fruit, cleaning products, toys, wallets, candy, snacks, clothes, and many more things.  At the city park there was amusement rides.
It was very much like going to the Utah State fair without all the exhibits, just row after row of vendors except these vendors go down all the local streets as well.  When we first arrived I thought it was just a small market in the town square.  I have seen smaller versions of this in America but nothing to this scale.  I have found something in Sweden that is larger then in America.  The best part of the market was all the fun treats available to purchase.  We stopped at a stand that was selling American donuts.  You can get a donut with ice cream on top.  Here in Sweden that works because the ice cream is not going to melt right away.  I just had to try a donut.  It was actually quite good and better then many of the American donuts I have had in America.
We brought home two dozen cocosbollars.  They are marshmallow cream covered in chocolate.  There were quite good and I now understand why Mona Vanim’s mother loves them. 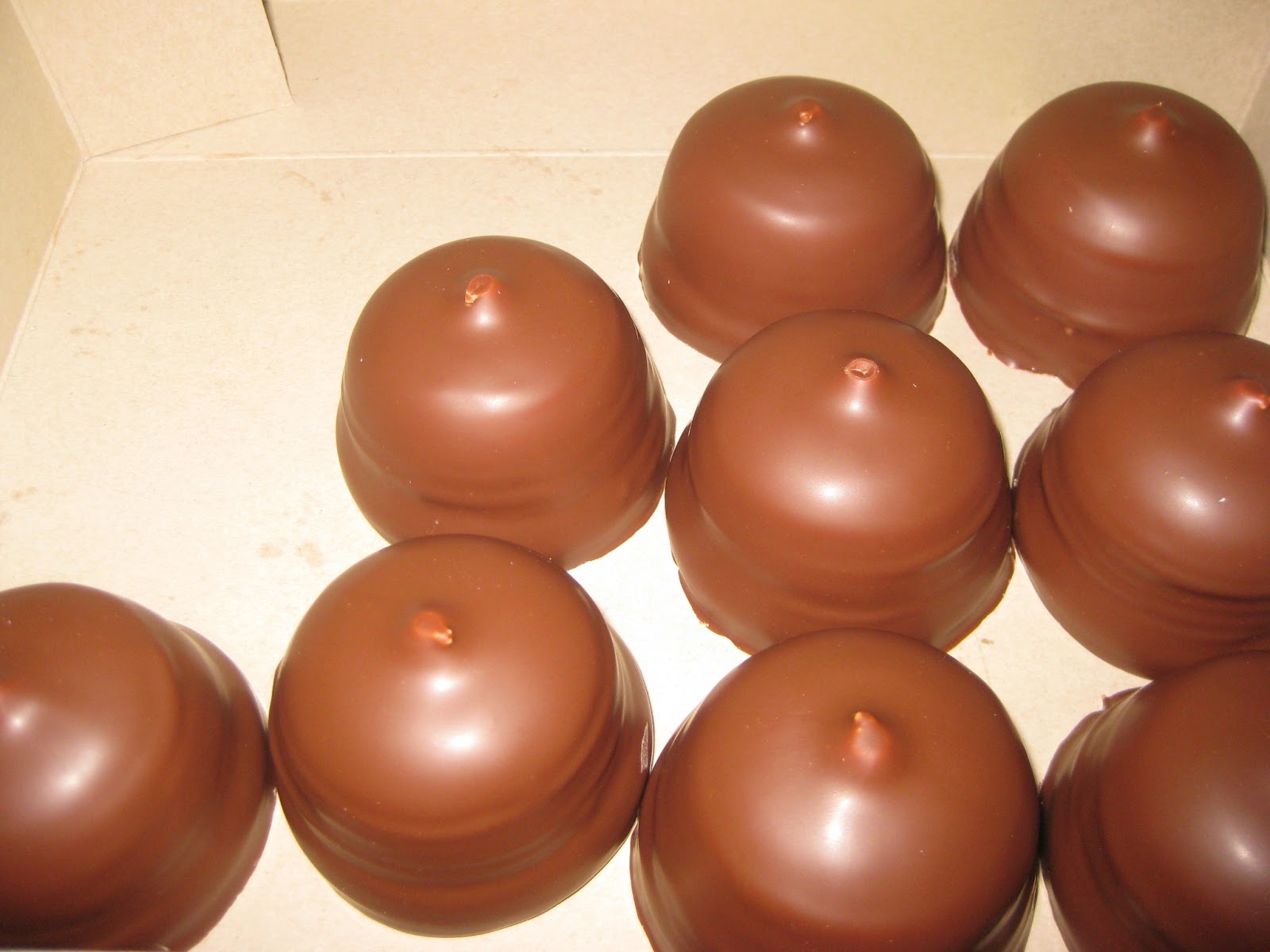 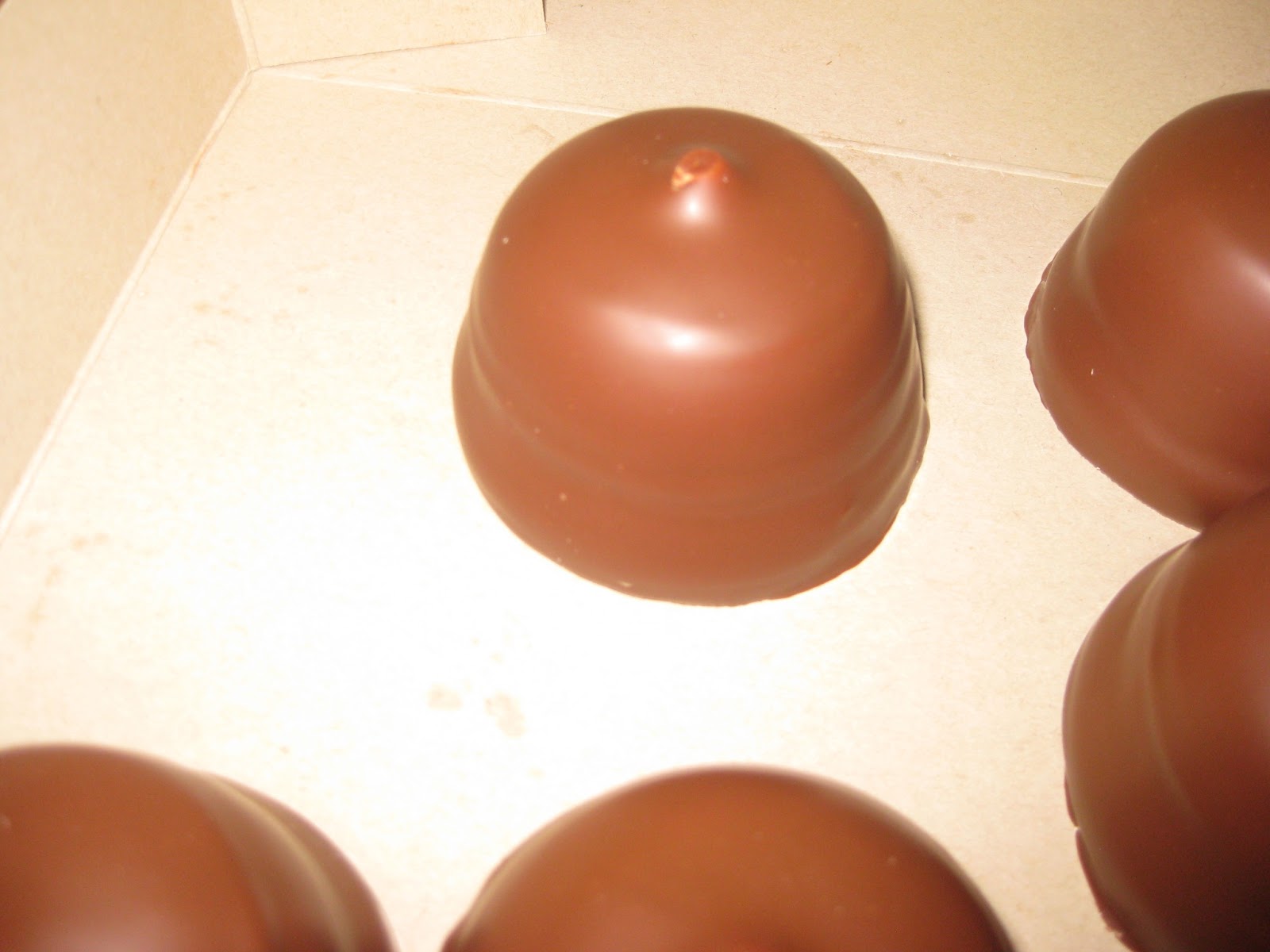 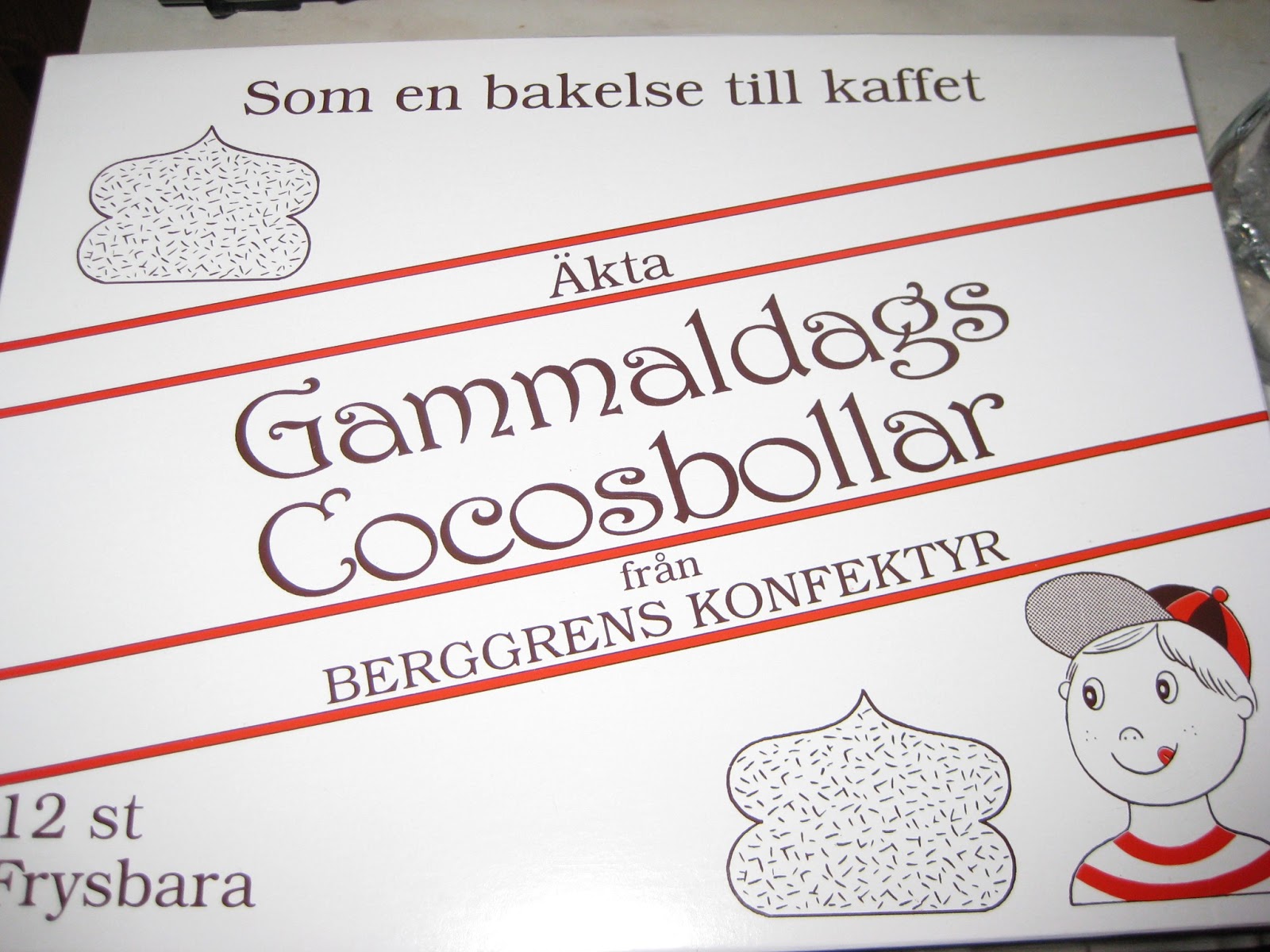