Last Thursday we attended the Lucia Train at Charlie’s and Albin’s school. (Both Charlie and Albin are Vanim’s cute nephews) The tradition is that on the night before St. Lucia’s day their is a procession called a train lead by the Lucia.  At the school all of the girls were Lucia. There was also tomtar and gingerbread man.  They walked to where the group had gathered and then proceeded to sing jul songs. It was cute. The last song they sang was We Wish You A Merry Christmas in English. Not very traditional but the kids were adorable singing it.

I made reference in my last post to how it gets dark so early here in the winter. The tradition of Lucia is believed to predate Christianity and have its roots in the pagan past of Sweden. The 13th of December was seen as the darkest day of the year. The current tradition of picking a Lucia and the Luciatåg is probably about two hundred years old. Living so far up north one is very aware of the changes in the amount of sunlight from week to week. I can understand why a celebration of this type would continue to this day. Saint Lucia lived in Sicily. She was killed for her Christian believe in 310 c.e. It is possible that at one time there was two different traditions that merged into one here in the northern part of Europe. 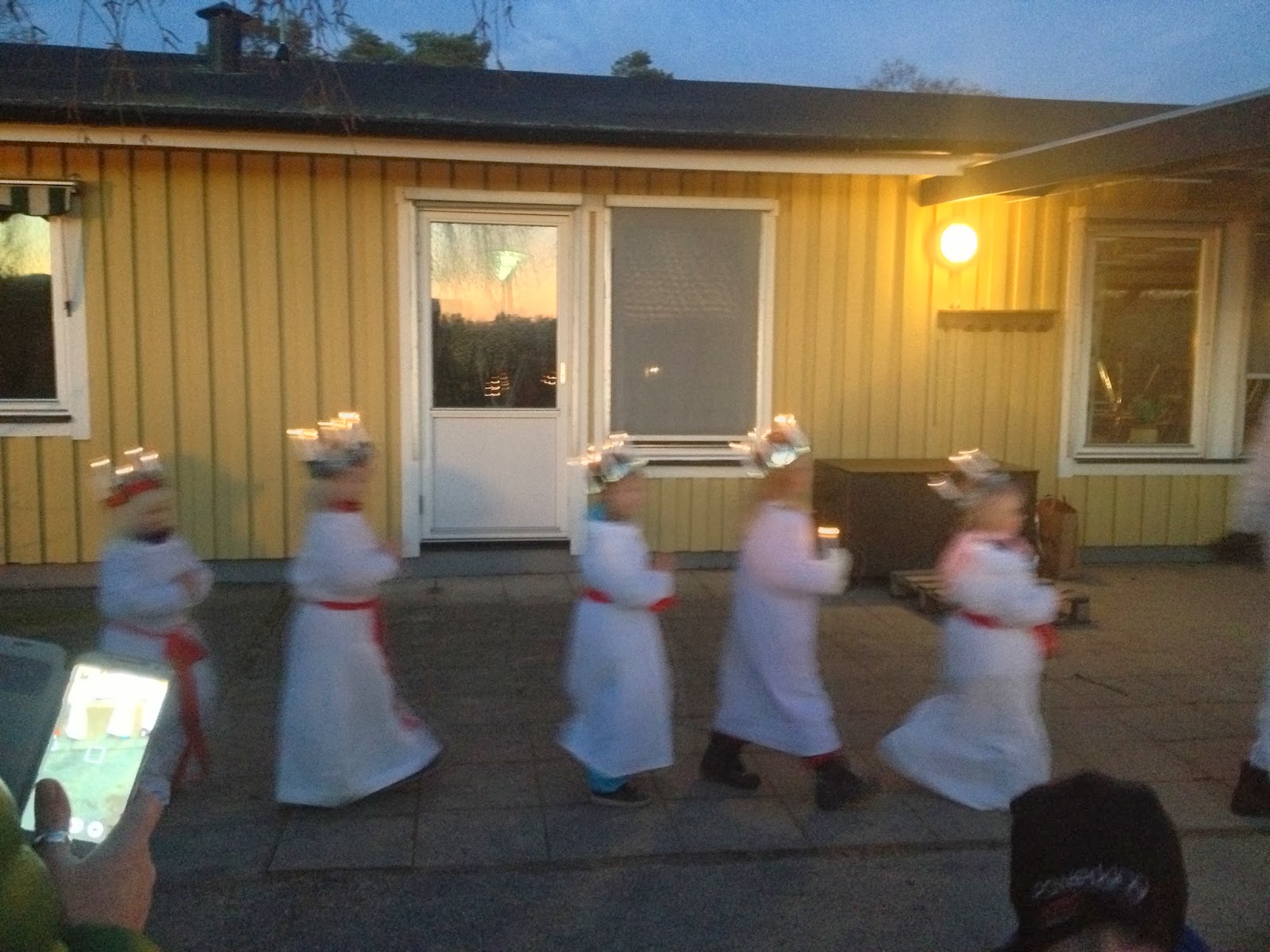 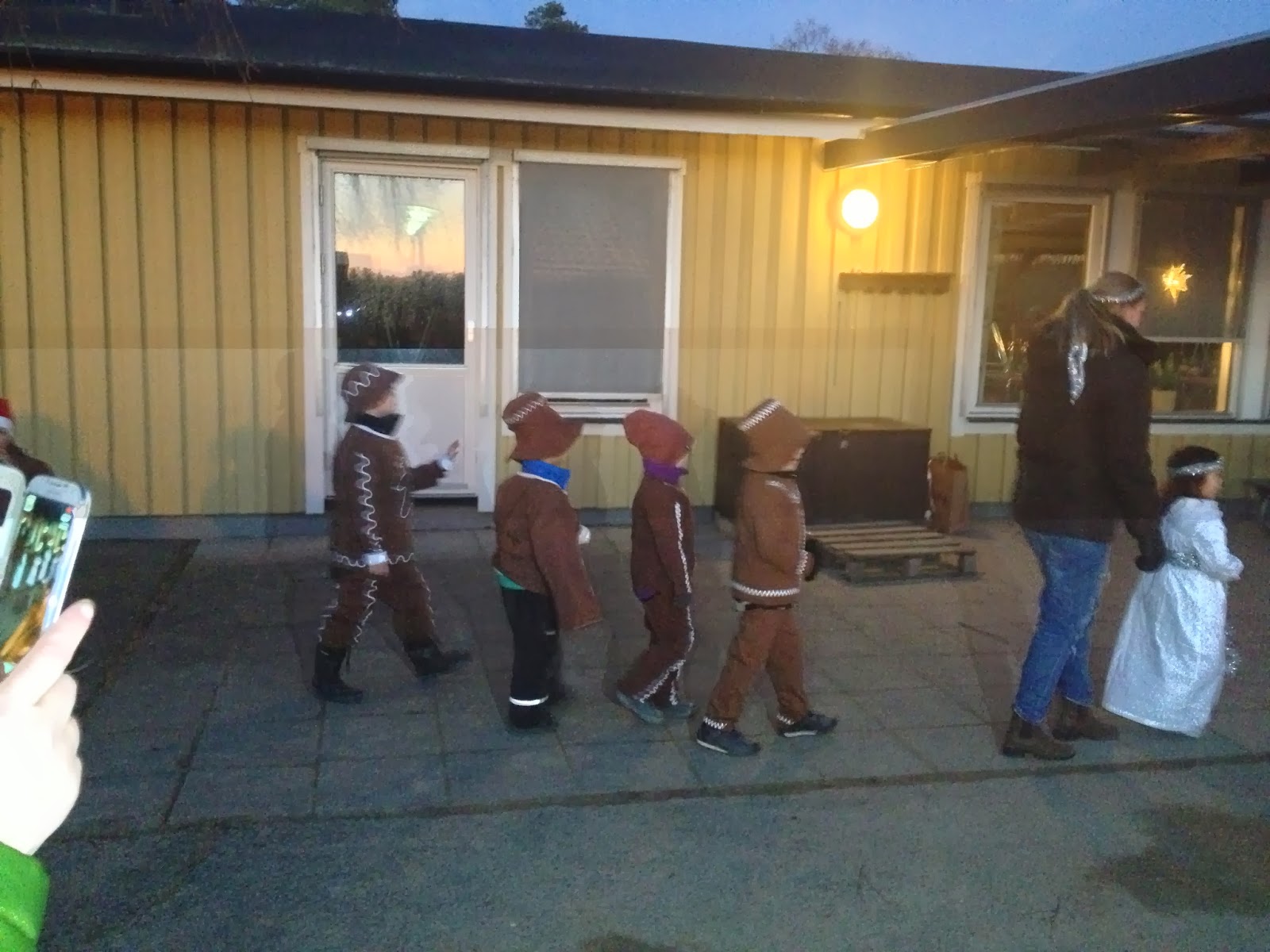 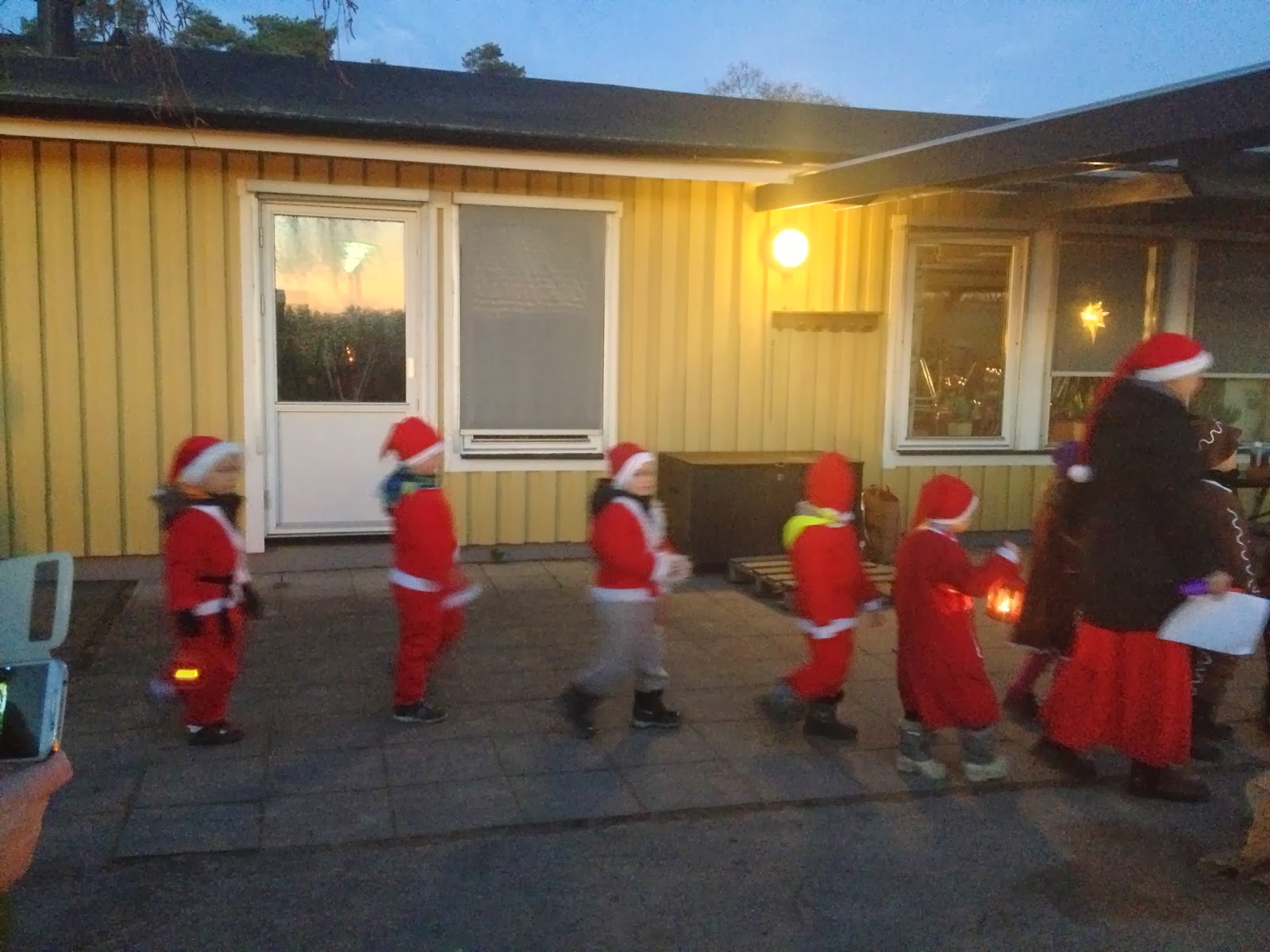 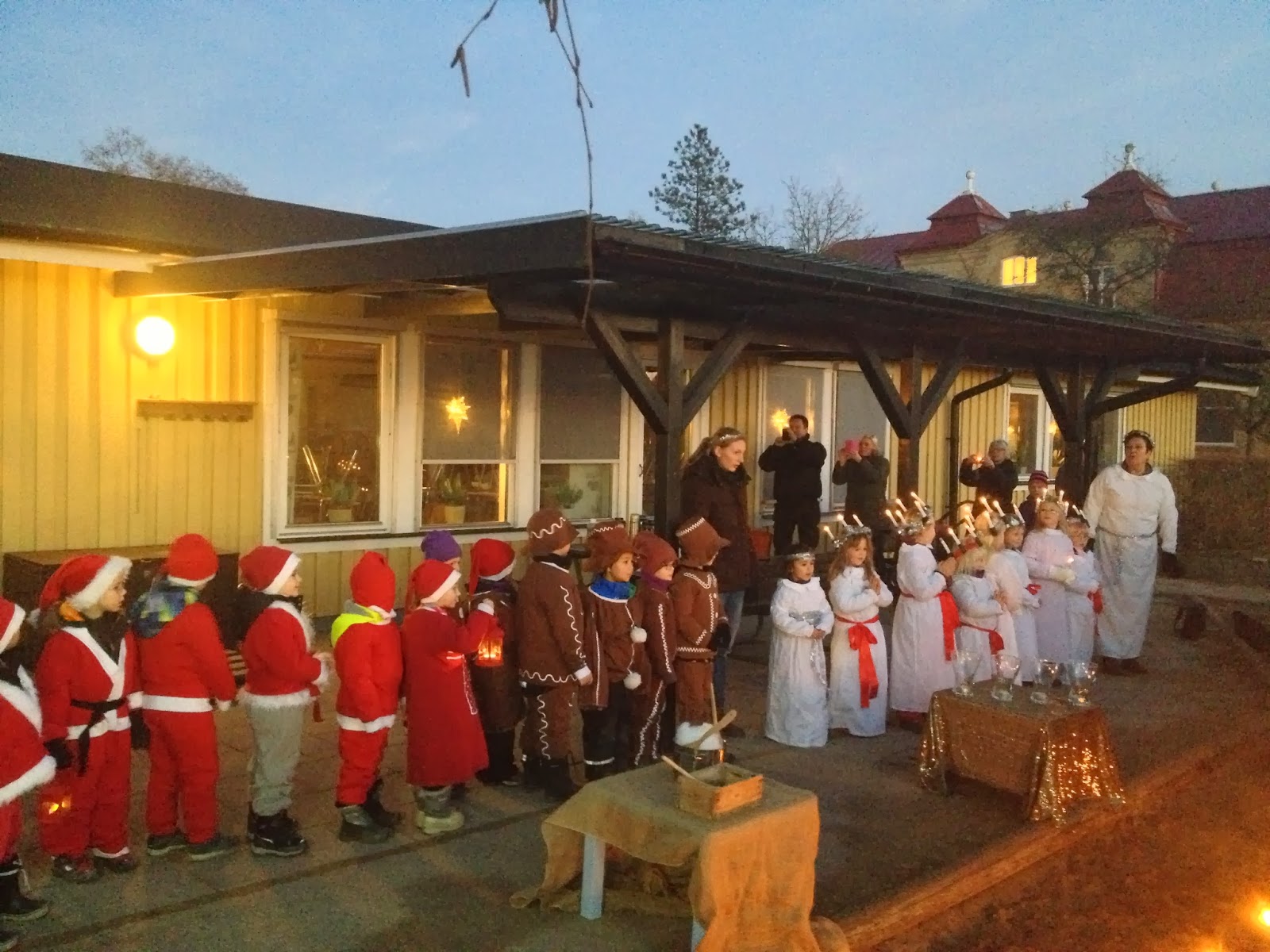 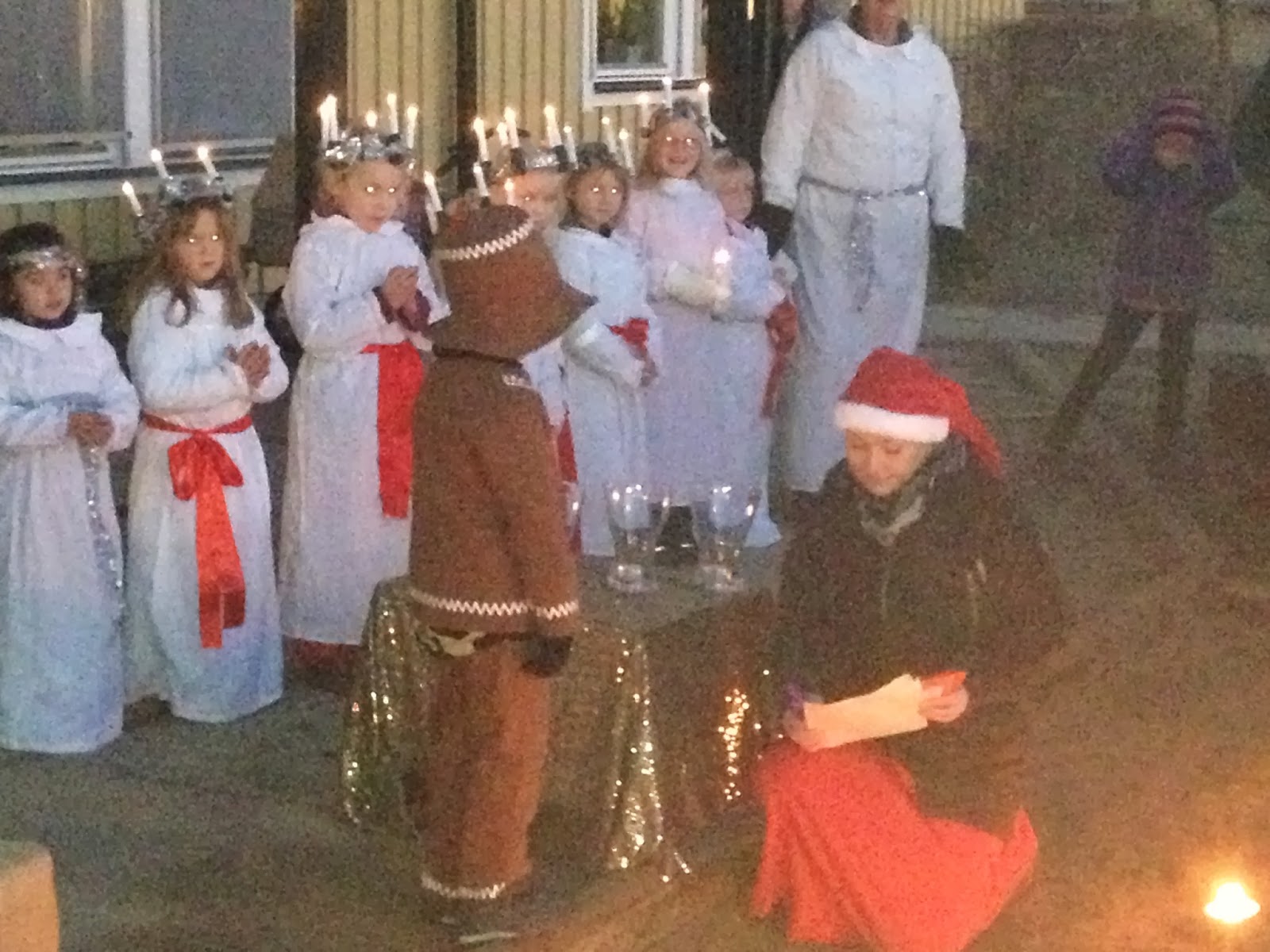 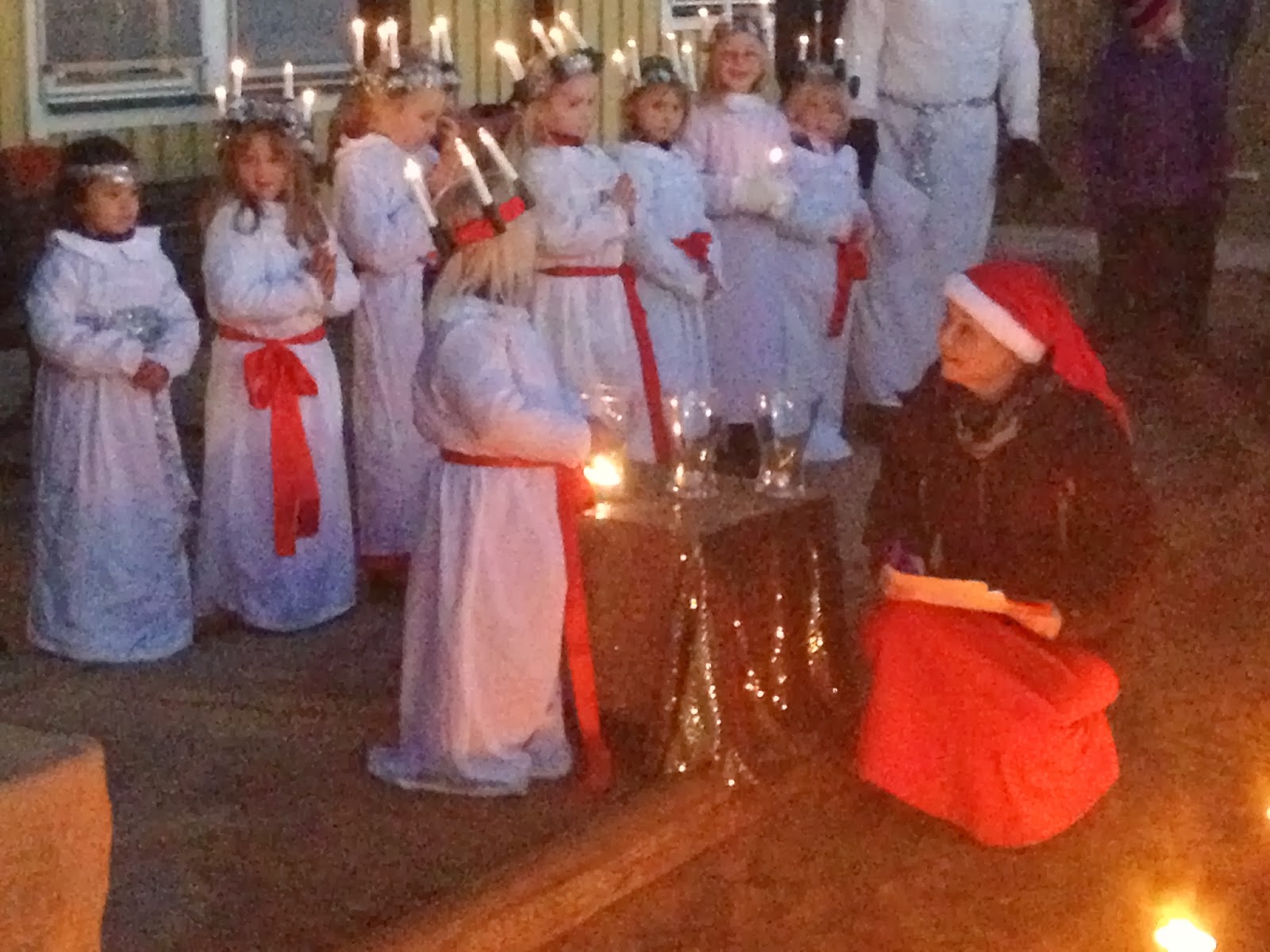 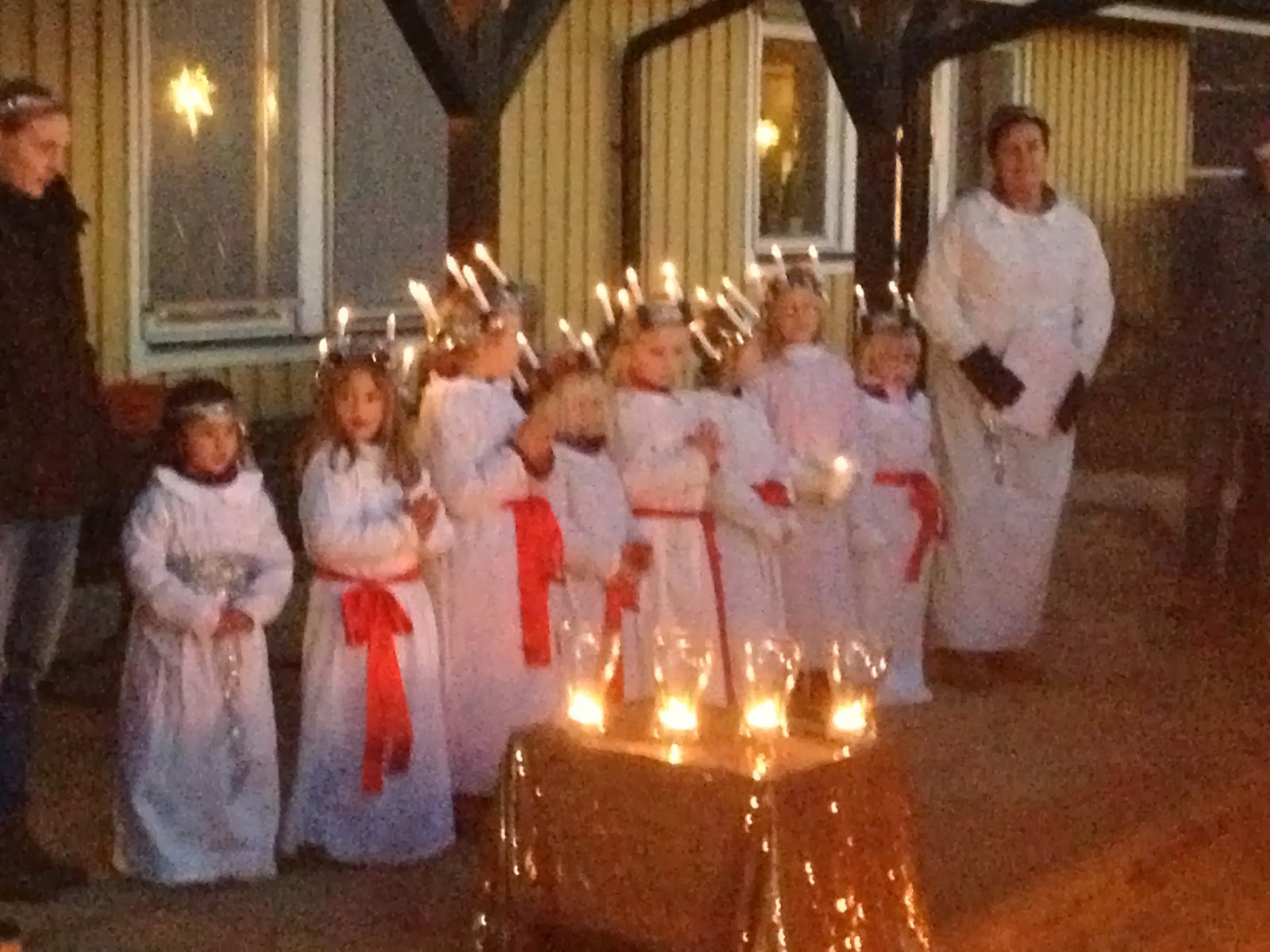